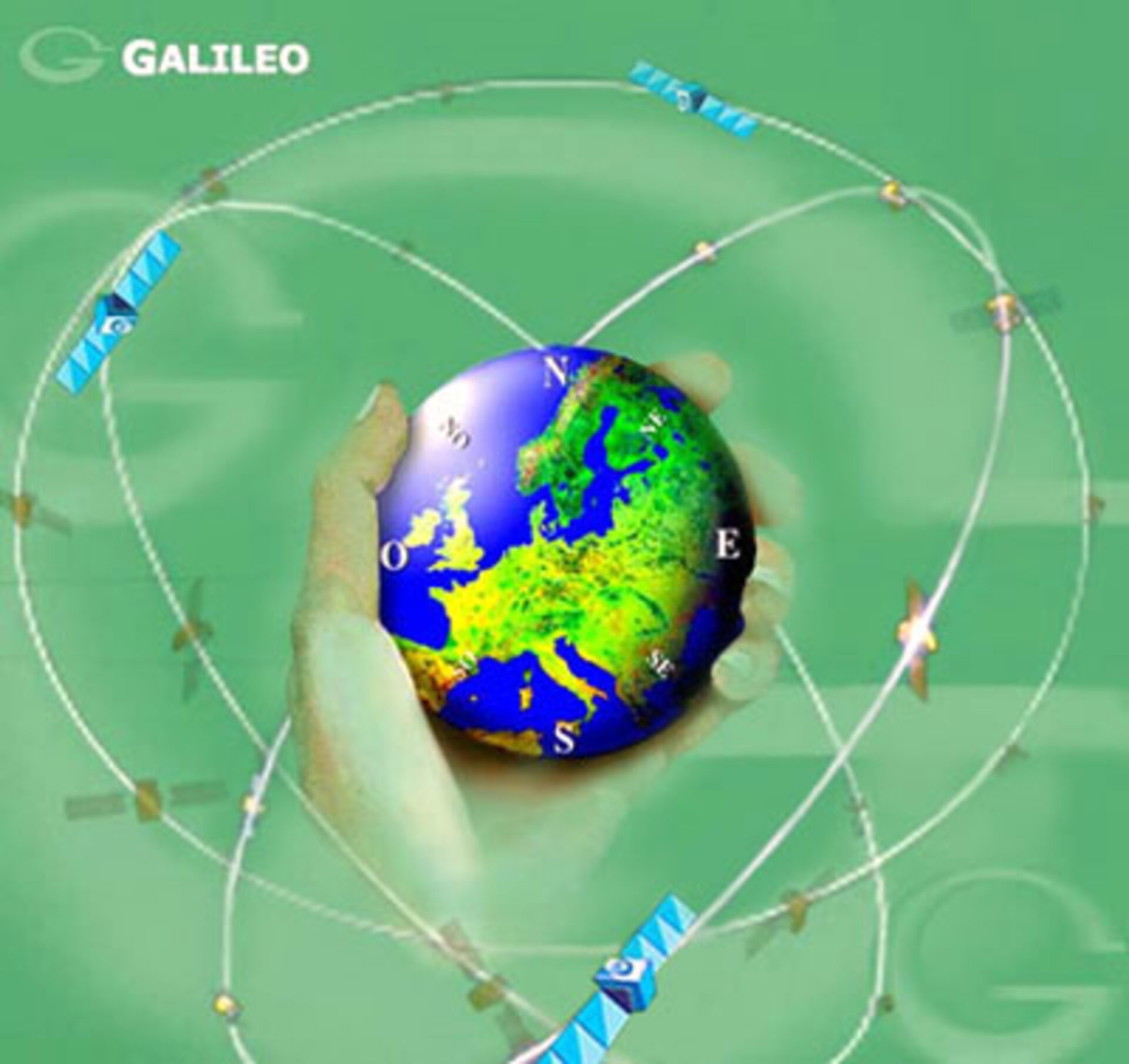 ESA PR 15-2002. "Space can do a lot for European citizens. Our global satellite navigation system Galileo is now only a step away from taking wing and fly high", said Antonio Rodotà, the Director General of the European Space Agency, welcoming the conclusions of the European Council held on 15 and 16 March in Barcelona.

Rodotà was also echoing the appreciation expressed by the ESA Council, the governing body of the Agency, gathered in Paris for its 156th meeting today and tomorrow.

The European Council met in Barcelona for its second annual Spring meeting to take stock of the economic, social and environmental situation in the Union. In the field of transport, the Heads of State or Government welcomed the progress on Galileo and asked the Transport council, scheduled to gather on 25-26 March in Brussels, to take the necessary decision regarding both the funding and launching of this programme, developed with ESA on a 50-50 fund sharing basis.

The Galileo satellite navigation system, constituted a major topic for decision at the European Space Agency's ministerial Council in Edinburgh last November. In that occasion, the ministers in charge for space activities in Europe agreed funding for the Galileo development and in-orbit validation phase, subject to the EU Transport Council to approve the Galileo programme.

When meeting on 7 December 2001, the EU transport Council could not immediately reach final agreement on the implementation modalities. However, the Heads of State at their summit meeting in Laeken, Belgium, reaffirmed the strategic importance they attached to the Galileo programme and welcomed the decision of the European Space Agency taken in Edinburgh, inviting the EU Transport Council to take a decision in March 2002.

Subsequently, also the European Parliament expressed a favorable opinion on the continuation of the programme.

Meanwhile, an interim structure dubbed GISS -for Galileo Interim Support Structure- and consisting of some 30 highly qualified international staff located in Brussels, has been put in place to ensure that the technical development of Galileo is coherent with the user requirements. The preparatory development activities have been intensified over the last few months with the European space industry, but also with the application and service industries.

Critical technologies, such as atomic clocks and signal generators to be implemented on board the 30 satellites of the Galileo system, are under development and work is progressing as planned. The Galileo ground segment architecture has been further refined with a view to minimise the implementation and operations cost. Moreover, the activities on the Galileo system test-bed will start soon.

Developed by ESA in co-operation with the European Union, Galileo will be Europe's own global satellite navigation system, providing a highly accurate, guaranteed global positioning service under civilian control. It will be inter-operable with GPS and GLONASS, the two other global satellite navigation systems. A user will be able to take a position with the same receiver from any of the satellites in any combination. By offering dual frequencies as standard, however, Galileo will deliver real-time positioning accuracy down to the metre range, which is unprecedented for a publicly available system, and will inform users within seconds of a failure of any satellite. This will make it suitable for applications where safety is crucial, such as running trains, guiding cars and landing aircraft.

The fully deployed Galileo system consists of 30 satellites (27 operational + 3 active spares), positioned in three circular medium Earth orbit planes at 23616 km altitude above the Earth, and at an inclination of the orbital planes of 56 degrees with reference to the equatorial plane. The Galileo navigation signals will provide a good coverage even at latitudes up to 75 degrees north, which corresponds to the North Cape, and beyond. The large number of satellites together with the optimisation of the constellation, and the availability of the three active spare satellites, will ensure that the loss of one satellite has no discernible effect on the user.