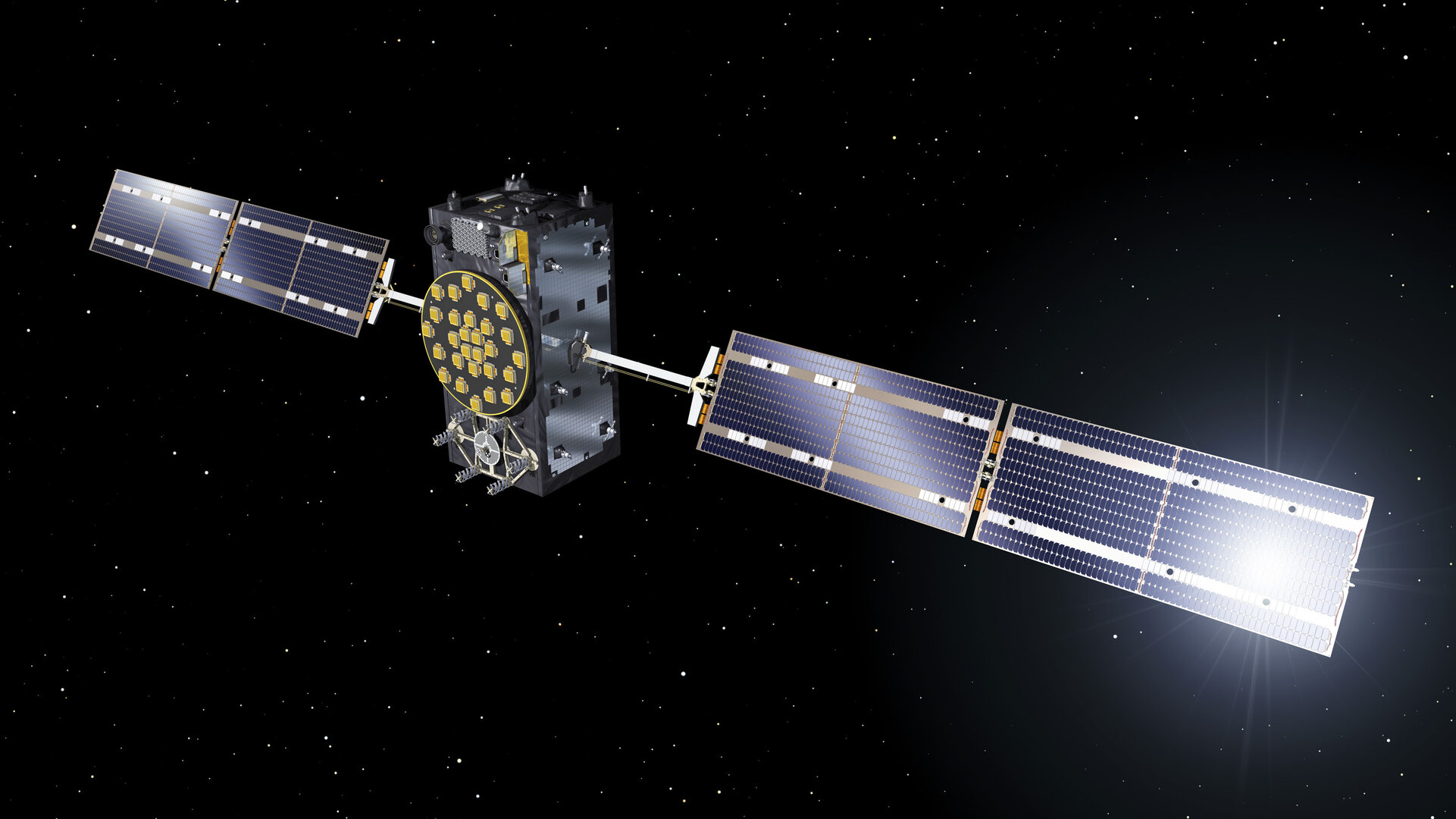 For receivers to fix location a minimum of four satellites must be visible from anywhere on the planet. Further launches will continue to build the satellite constellation, which will gradually improve the system performance and availability worldwide.

The complete Galileo constellation will consist of 24 satellites plus in-orbit spares along three orbital planes in medium Earth orbit (including two spares per orbit). The result will be Europe’s largest ever fleet of satellites, operating in the new environment of medium-Earth orbit.

At the same time, worldwide ground stations located in far-flung European territories are needed to monitor the position and performance of the satellites and the atomic clocks – precise to a few billionths of a second – that are at the basis of satnav measurements.

This large-scale multi-faceted effort is being driven by the partnership of the European Commission and ESA.

The initial definition, development and validation phases of the Galileo programme were carried out by ESA on a co-funded basis with the Commission. The current ‘Full Operational Capability’ phase is being managed and funded by the Commission, with ESA having the role of design and procurement agent.