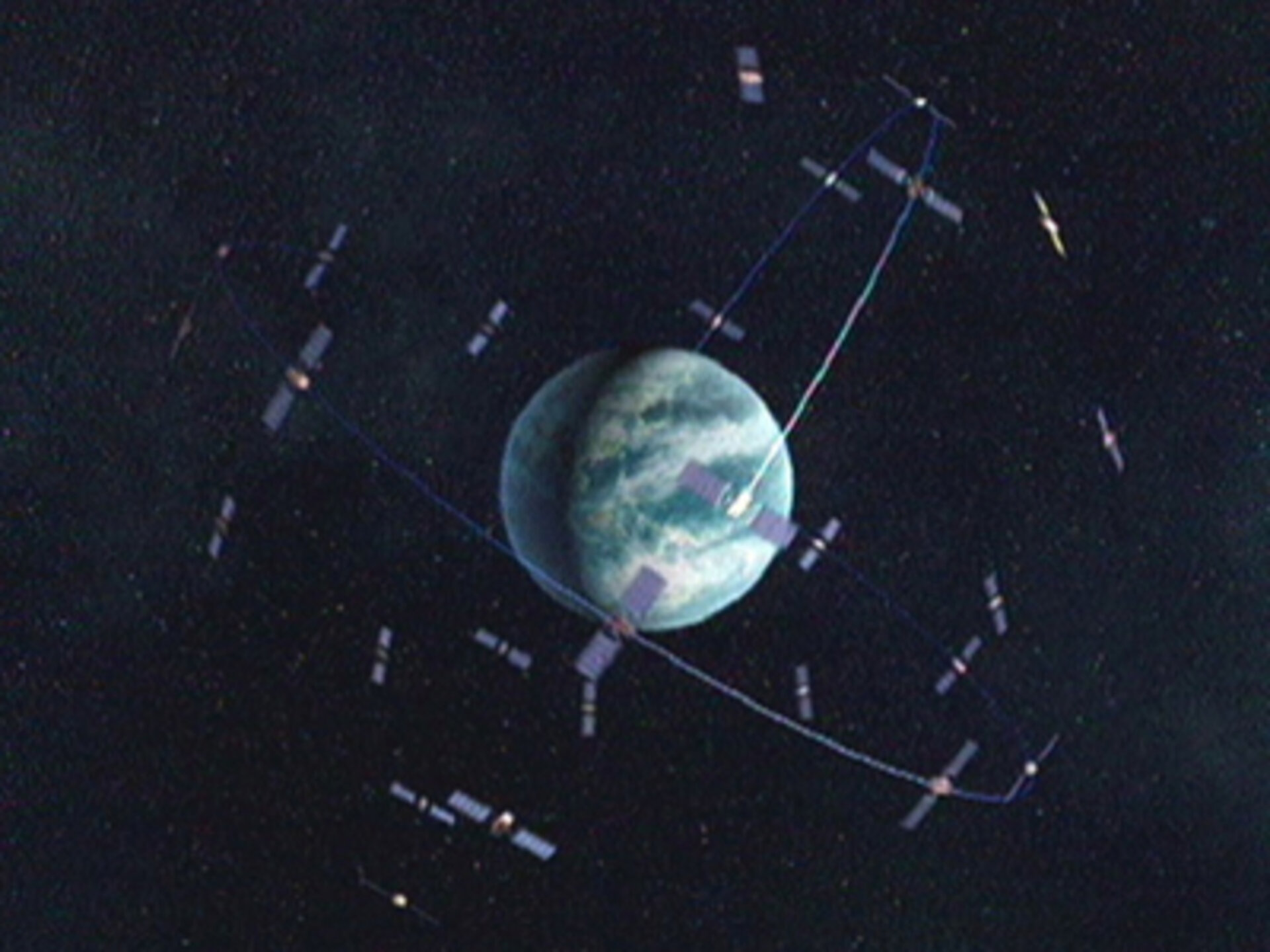 A satellite navigation receiver determines its position by measuring the distance between it and at least four navigation satellites in orbit around the Earth. The distances are measured by timing how long radio waves take to travel from the satellites to the receiver.

Three measurements might seem sufficient, since one of the two points can usually be ignored because it is not on the surface of the Earth, or is moving too quickly. However, adding a fourth satellite measurement not only resolves the two-point ambiguity, it also enables the receiver to derive its time reference from the clocks on the satellites, in effect using four spheres to locate the receiver in four dimensions – the three dimensions of space, plus time.

From the advent of celestial navigation using sextants and chronometers, accurate timekeeping has been the key to navigation. Modern navigation technology, with its increased precision derived from extremely accurate clocks, has transferred the timekeeping task from the navigator to the navigation satellite service provider.