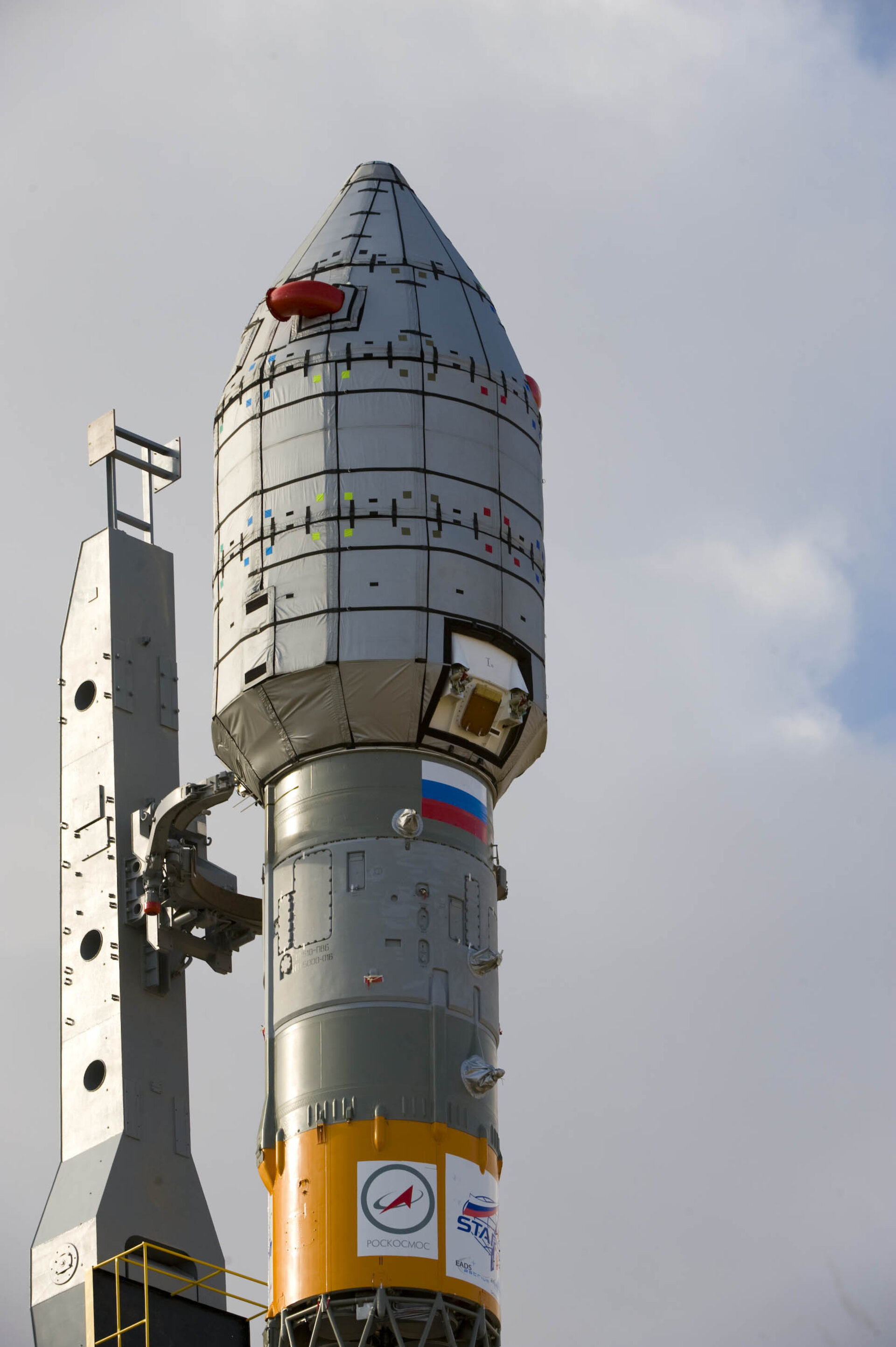 GIOVE-B, the second Galileo satellite, is scheduled for launch at 00:16 CEST on Sunday, 27 April (22:16, 26 April UTC/GMT). Live streaming video coverage from the launch site and the spacecraft control centre will be available on the website.

GIOVE-B was built by a European industrial team led by Astrium GmbH, with Thales Alenia Space performing integration and testing in Rome. Two years after the highly successful mission, this latest satellite will continue the demonstration of critical technologies for the navigation payload of future operational Galileo satellites.

Like its predecessor, carries two redundant small-size rubidium atomic clocks, each with a stability of 10 nanoseconds per day. But it also features an even more accurate payload: the Passive Hydrogen Maser (PHM), with stability better than 1 nanosecond per day. The first of its kind ever to be launched into space, this is now the most stable clock operating in earth orbit. Two PHMs will be used as primary clocks onboard operational Galileo satellites, with two rubidium clocks serving as backup.

GIOVE-B also incorporates a radiation-monitoring payload to characterise the space environment at the altitude of the Galileo constellation, as well as a laser retro-reflector for high-accuracy laser ranging.

In addition to its technology-demonstration mission, will also take over mission to secure the Galileo frequencies, as that first Galileo demonstration satellite launched in December 2005 is now approaching the end of its operational life.

Beyond the next step in the Galileo programme will be the launch of four operational satellites, to validate the basic Galileo space and related ground segment, by 2010. Once that In-Orbit Validation (IOV) phase is completed, the remaining satellites will be launched and deployed to reach the Full Operational Capability (FOC), a constellation of 30 identical satellites.

Starting at 23:35 CEST on Saturday night, ESA will be providing live video coverage of the final preparations, lift off and climb out of the Soyuz launcher from Baikonur. The live coverage will be supplemented with footage of the assembly of the launch vehicle and its payload and of the journey from the assembly building to the launch pad six. There will also be interviews with the launch teams at Baikonur and at the spacecraft control centre in Fucino, Italy.

At 03:55 CEST on Sunday morning, there will be live coverage from Fucino as separates from the Fregat autonomous upper stage responsible for manoeuvring it into the correct orbit. The mission trajectory up to separation will be shown and Galileo technical personnel will explain both the launch process and the Galileo Programme itself. There will also be another chance to watch the launch and some of the interviews from Baikonur.

At 06:55 CEST on Sunday morning, there will be live coverage from Fucino as is placed in its operational orientation in orbit. As well as interviews with Galileo project members, representatives of the European Commission and the European Parliament will give their views on the launch, as will ESA's Director General.

In addition to the television coverage, there will be regular news updates on the launch website.


Thank you for liking