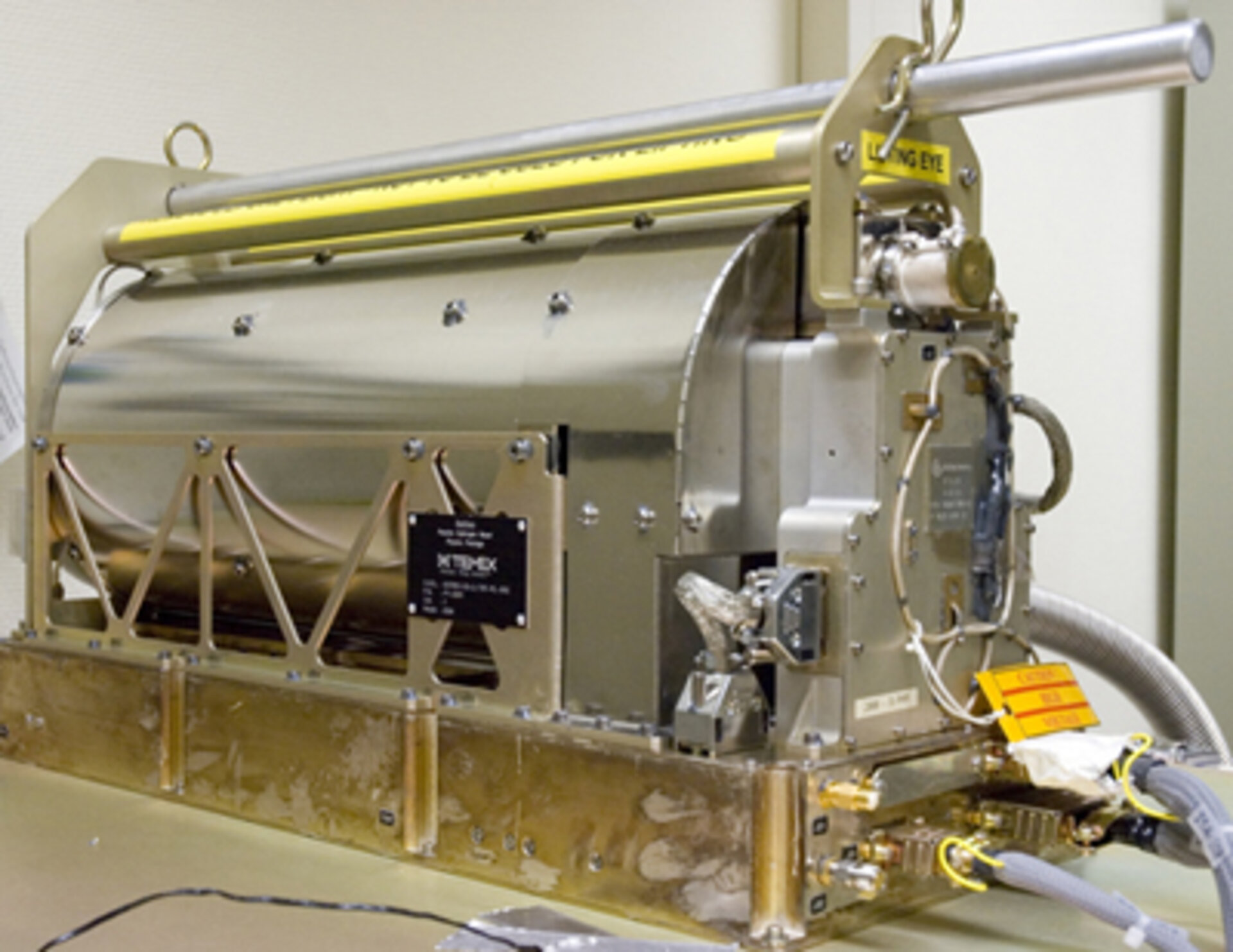 Galileo’s highly-accurate clocks are at the heart of the system. Each satellite emits a signal containing the time it was transmitted and the satellite’s orbital position. Because the speed of light is known, the time it takes for the signal to reach a ground-based receiver can be used to calculate the distance from the satellite.

Galileo’s timing needs to be accurate to the scale of nanoseconds – one billionth of a second – so this distance can be derived to a very high degree of certainty.

Combine inputs from several satellites simultaneously and the receiver’s place in the world is pinpointed: Galileo’s aim is to deliver accuracy in the metre range once the full system is completed.

All clocks are based on regular oscillations – traditionally the swing of a pendulum, tick of clockwork or pulse of quartz crystal.

Highly accurate atomic clocks rely on switches between energy states of an atom’s electron shell, induced by light, laser or maser energy – if you force atoms to jump from one particular energy state to another, it will radiate an associated microwave signal at an extremely stable frequency.

The passive hydrogen maser clock is the master clock on board each satellite. It is an atomic clock which uses the ultra stable 1.4 GHz transition in a hydrogen atom to measure time to within 0.45 nanoseconds over 12 hours.

A rubidium clock will be used as a second, technologically independent time source. It is accurate to within 1.8 nanoseconds over 12 hours. Prototype versions of these clocks have already been flown on ESA’s GIOVE missions.

The very first atomic clock, developed in England in 1955, was the size of a room. For satellite navigation, the challenge was coming up with a design that was compact and robust enough to fly in space.

Based on ESA research and development dating back to the early 1990s, two separate atomic clock technologies have been developed and qualified in Europe, then proved suitable for the harsh environment of space by the two GIOVE missions.

Galileo’s desk-sized passive hydrogen maser clock is made of an atomic resonator and its associated control electronics.

After dissociation, the atoms enter a resonance cavity after passing through a magnetic state selector, used to admit only atoms of the desired energy level. Within the resonance cavity, the atoms are confined inside a quartz storage bulb.

Within it, the hydrogen atoms tend to return to their 'fundamental' energy state, emitting a microwave frequency as they do so.
This frequency is detected by an interrogation circuit which tunes an external signal to the 'natural' transition of the hydrogen atoms, amplifying the microwave signal.

The resonant frequency of the microwave cavity is approximately 1.420 GHz. The clock's electronics includes circuitry for the control of the frequency plus the thermal control system to maintain the resonant cavity at the correct temperature.

The atomic resonator is very sensitive to its external environment. Great care is required to keep environmental disturbances – such as heat, magnetism and radiation – minimal so that the full performance potential of these sophisticated clocks can be achieved.

The smaller, simpler rubidium clock follows the same basic principle, with gaseous rubidium atoms released into a vapour cell inside an atomic resonator. Within it, they are stimulated by the light of a rubidium discharge lamp; a photodiode records the light levels passing through the cell.

The excited atoms return to their lower state, after which they are switched to an intermediate level using microwave energy at a precise frequency. At this intermediate state, their light absorption is maximised.The photodiode is attached to control systems that tune the microwave to maintain maximum light absorption.

The rubidium discharge lamp returns the rubidium to their higher state, from which they decay, restarting the process.

Both Galileo’s atomic clocks are very stable over a few hours. If they were left to run indefinitely, though, their timekeeping would drift, so they need to be synchronised regularly with a network of even more stable ground-based reference clocks. These include clocks based on the caesium frequency standard, which show a far better long-term stability than rubidium or passive hydrogen maser clocks.

These clocks on the ground – gathered together within parallel Precise Timing Facilities in the Fucino and Oberpfaffhofen Galileo Control Centres – also generate a worldwide time reference called Galileo System Time (GST), the standard for Europe’s system, accurate to 28 billionths of a second.