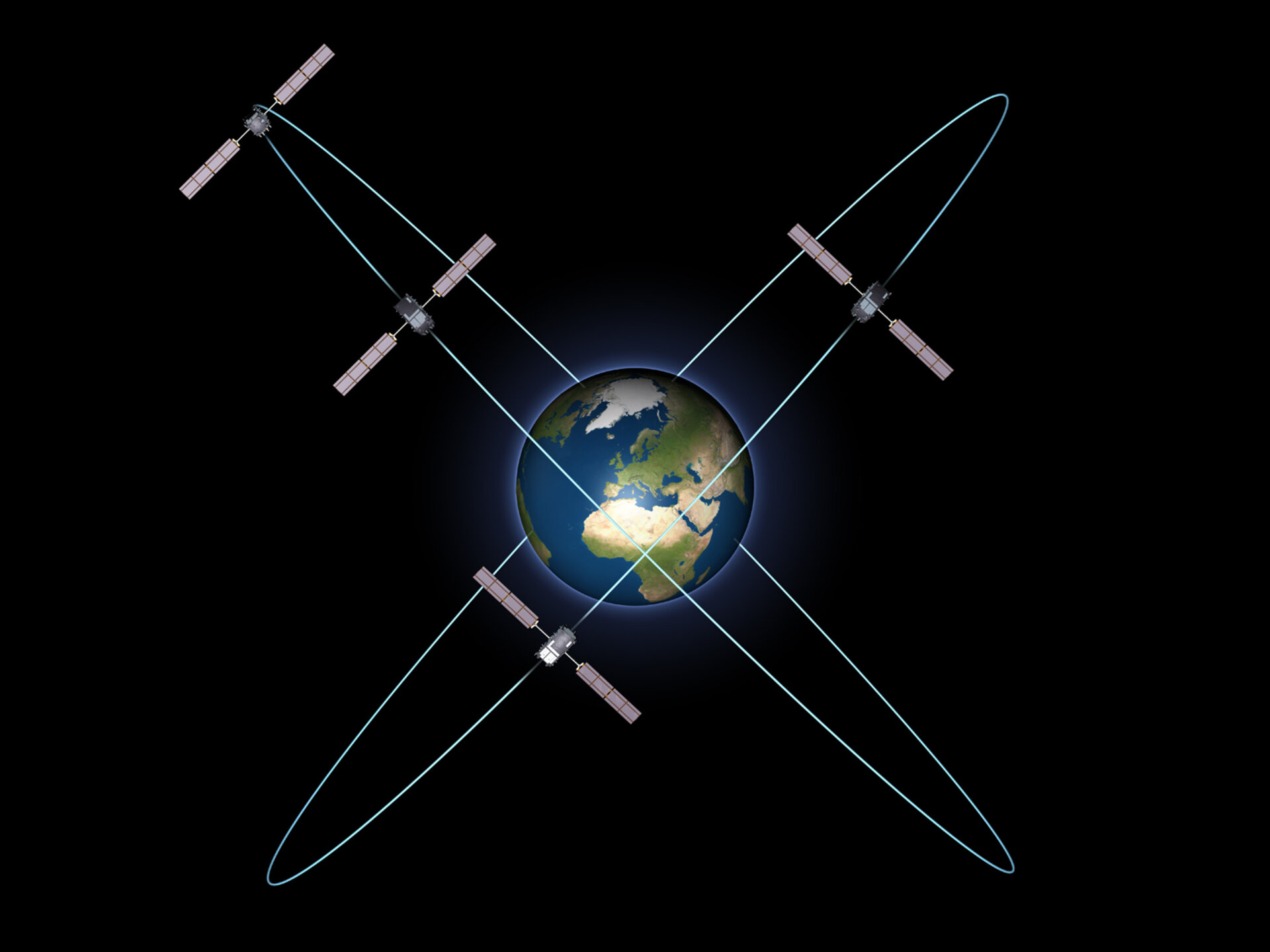 The Galileo Programme is being implemented in three phases:

The Definition phase was completed in 2003 resulting in the basic specifications for the system.

The Development and In-Orbit Validation phase was initiated in late 2003. This phase aims to perform an in-orbit validation of the system using a reduced constellation of four satellites (which is the minimum number to guarantee the provision of exact positioning and time at test locations) along with a number of associated ground stations.

Early in this phase, an experimental satellite was launched, to secure the Galileo frequency filings, to characterize the orbits to be used by the in-orbit validation satellites and to test some of the critical technologies, such as the atomic clocks. Launched on 28 December 2005, transmitted the first Galileo signals in space on 12 January 2006.

A further experimental satellite, was launched on 27 April 2008. Results from these two ongoing flights are of great value to the team currently preparing the next phase of the programme.

The four satellites will be used for the primary In-Orbit Validation and will be part of the 30-satellite constellation. Their launch is planned in 2011. The ground stations needed for this phase are also being prepared. IOV will be a partial constellation associated with a representative ground system, allowing a real-world validation of the basic elements of Galileo.

Once the In-Orbit Validation is complete, the lessons learned will be used as the programme enters its Full Deployment phase. This will cover construction of the full ground infrastructure and the launch of the remaining 26 satellites to complete the constellation.