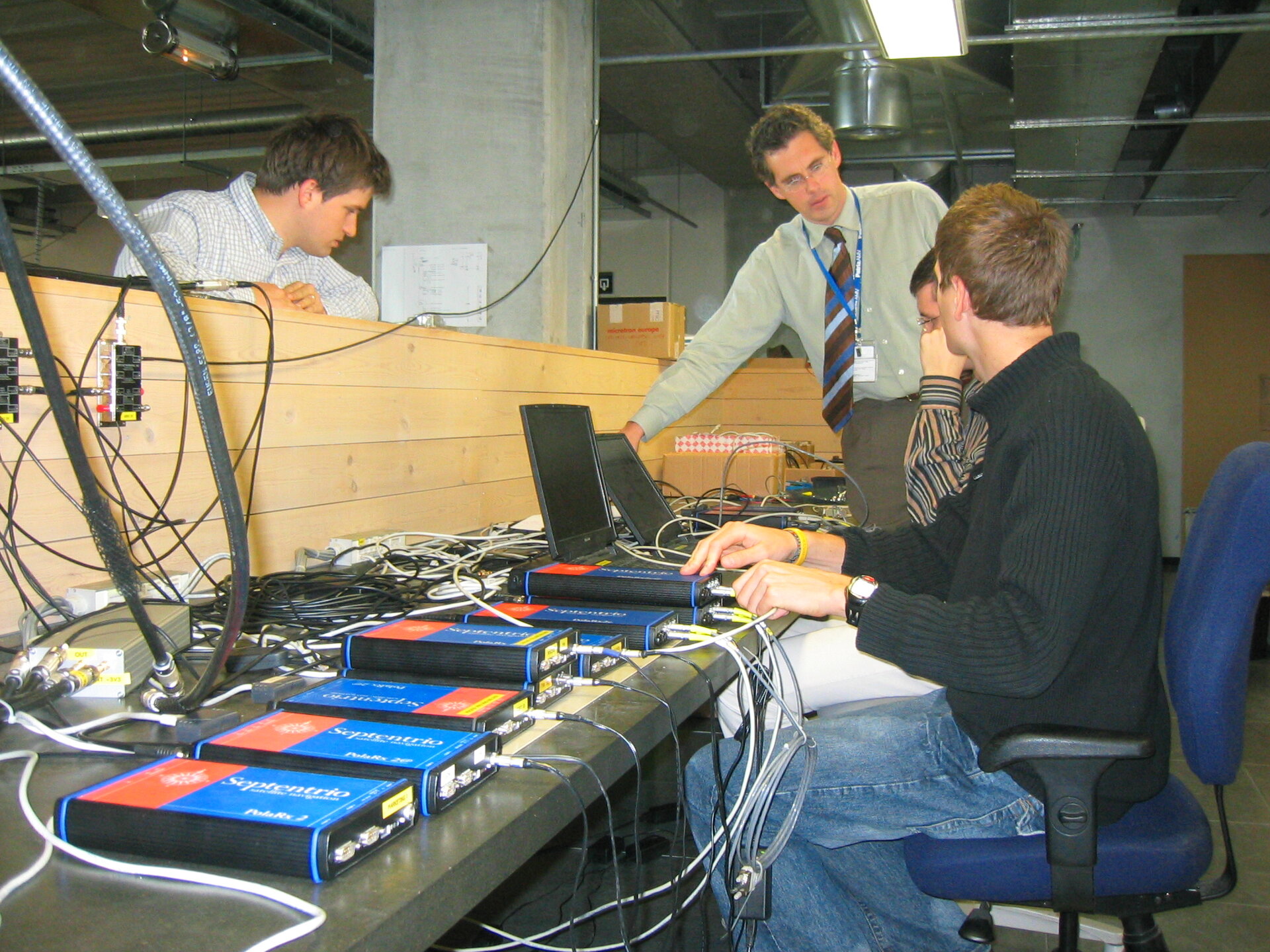 Europe’s navigation system requires new receiver designs to make use of the transmissions from its satellite constellation. European industry is developing and supplying receivers for the in-orbit validation of the system.

With the launch on 28 December 2005 of GIOVE-A, the first Galileo satellite, Galileo, a joint programme of the European Space Agency and the European Commission, became a reality in space.

GIOVE-A allowed Europe to secure the frequencies allocated to Galileo by the International Telecommunications Union and test the new, critical technologies needed for this future, civil satellite navigation system. The main component of the mission is, of course, the satellite built by Surrey Satellite Systems Ltd in the United Kingdom. However, the validation mission would not have been possible without several developments on the ground and, in particular, the equipment that allows reception of the signals transmitted by the satellite.

The Belgian company Septentrio Satellite Navigation NV provided three receivers for the GIOVE-A mission. These receivers supported calibration and validation of the signals transmitted by the satellite from its orbit, particularly on the historical date of 12 January 2006, which marked the first transmission of Galileo signals in space.

This pioneering task also demonstrated that Galileo and GPS do not interfere with one another and can be used together. This compatibility and interoperability anticipates the time when Galileo will be a constellation of 30 satellites, broadcasting its signals along with the 24 to 28 GPS satellites.

Once Galileo is operational, the user receivers will calculate their position with great accuracy due to the large number of satellites in the two systems. But before that, many different checks are necessary that only these prototype receivers can perform. Currently one receiver is in Guildford (United Kingdom), at the GIOVE-A satellite control centre, and the two others are in the ESA laboratories at the European Space Research and Technology Centre (ESTEC) in Noordwijk, The Netherlands. They are performing a thorough analysis of the signals transmitted by the satellite on the different frequencies allocated to Galileo.

Created in 2000, Septentrio was born out of the university community of Leuven near Brussels and its history runs parallel with that of satellite navigation in Europe. Septentrio was selected during tenders launched by ESA for various phases of its navigation programme and made the first receivers for EGNOS, the European Geostationary Navigation Overlay System that ‘filters’ GPS signals, providing an improved GPS-like signal and helping Europe to prepare for Galileo. With 50 employees, today this Belgian SME designs chips and software for receivers exclusively intended for professional applications, among them the first combined Galileo/GPS receiver.

The three receivers Septentrio provided for GIOVE-A were part of an early output from one of the two parallel Test User Segment contracts ESA awarded for the In Orbit Validation of the system. Septentrio is also providing 13 additional receivers, which are currently deployed in 13 sensor stations around the world as part of the GIOVE mission activity, and which will offer important feedback for the complex Galileo Ground Segment.

Additionally, Septentrio will deliver the Public Regulated Service (PRS) and Non-PRS Test Receivers as part of the Test User Segment, which will form the basis for system verification of the In Orbit Validation phase with four satellites to confirm the validity of the overall system design. ESA also has contracts with other receiver providers such as the Thales Avionique (France), the Alcatel Alenia Space (Italy) and the NovAtel (Canada).

Although launching satellites is of paramount importance, it is meaningless without the associated developments on the ground. The receivers are therefore closely linked to the success of Galileo, for which ESA is currently establishing the foundations.