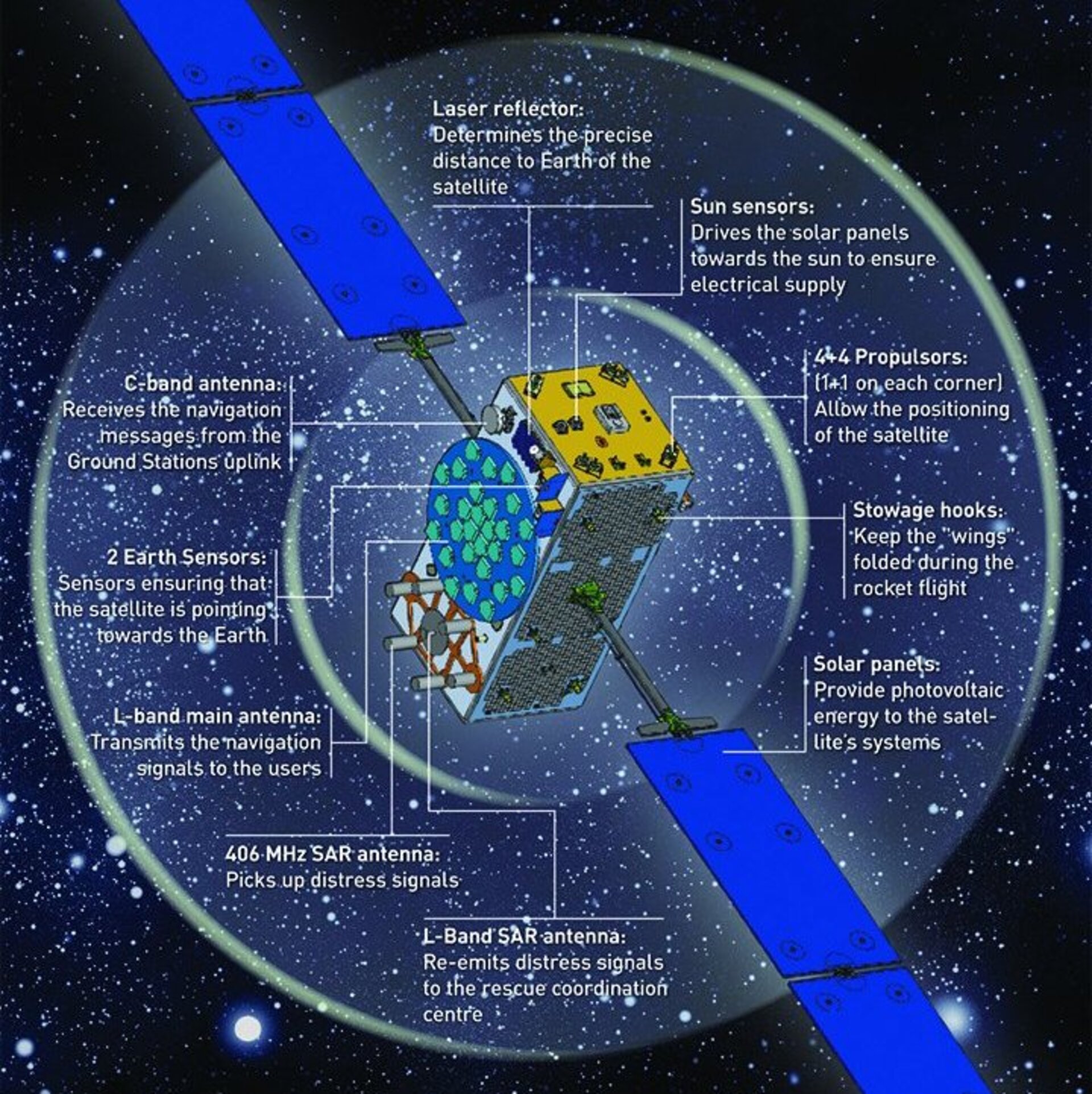 Each approximately 700-kg Galileo satellite contains all the equipment needed to perform its assigned navigation and timing tasks over the course of its 12-year design life.

Powered by solar arrays, with its internal components carefully shielded against the radiation prevailing in medium-Earth orbit, each satellite carries the following: