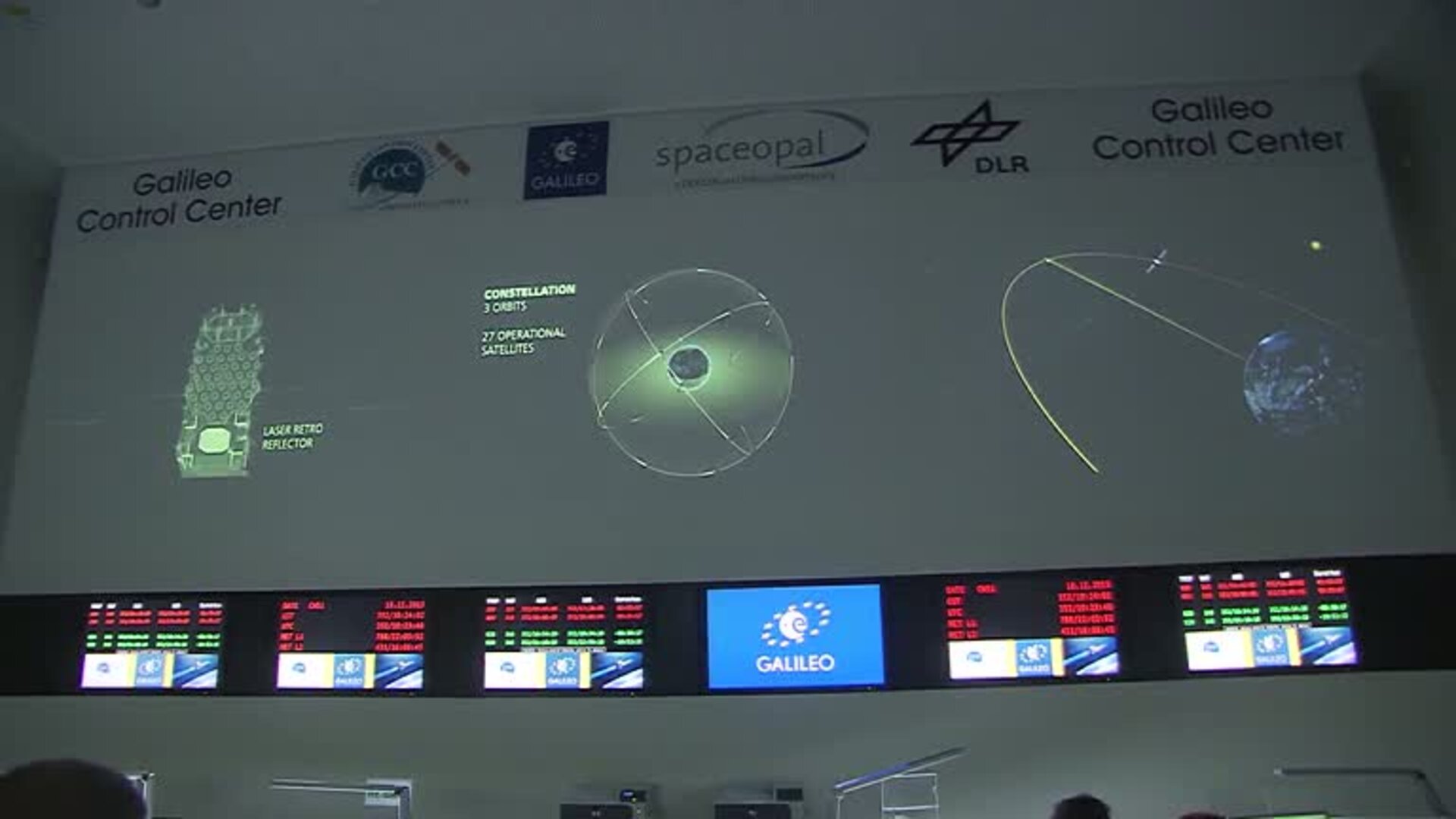 The fully deployed Galileo system will consist of 24 operational satellites plus six in-orbit spares, positioned in three circular Medium Earth Orbit (MEO) planes at 23 222 km altitude above the Earth, and at an inclination of the orbital planes of 56 degrees to the equator.

Initial services became available on 15 December 2016. Then as the constellation is built-up beyond that, new services will be tested and made available.

Galileo navigation signals provide good coverage even at latitudes up to 75 degrees north, which corresponds to Norway's North Cape - the most northerly tip of Europe - and beyond. The large number of satellites together with the carefully-optimised constellation design, plus the planned availability of three active spare satellites per orbital plane, should ensure that the loss of one satellite should have no discernible effect on the user.

Two Galileo Control Centres (GCCs) have been implemented on European ground to provide for the control of the satellites and to perform the navigation mission management. The data provided by a global network of Galileo Sensor Stations (GSSs) are sent to the Galileo Control Centres through a redundant communications network. The GCCs use the data from the Sensor Stations to compute the integrity information and to synchronise the time signal of all satellites with the ground station clocks. The exchange of the data between the Control Centres and the satellites is performed through up-link stations.

As a further feature, Galileo is providing a global Search and Rescue (SAR) function, based on the operational Cospas-Sarsat system. Satellites are therefore equipped with a transponder, which is able to transfer the distress signals from the user transmitters to regional rescue co-ordination centres, which will then initiate the rescue operation.

At the same time, the system will send a response signal to the user, informing him that his situation has been detected and that help is on the way. This latter feature is new and is considered a major upgrade compared to the existing system, which does not provide user feedback.

Experimental satellites GIOVE-A and GIOVE-B were launched in 2005 and 2008 respectively, serving to test critical Galileo technologies, while also the securing of the Galileo frequencies within the International Telecommunications Union.

Over the course of the test period, scientific instruments also measured various aspects of the space environment around the orbital plane, in particular the level of radiation, which is greater than in low Earth or geostationary orbits.

Operational Galileo satellites launches began in 2011, extending across the rest of the decade.