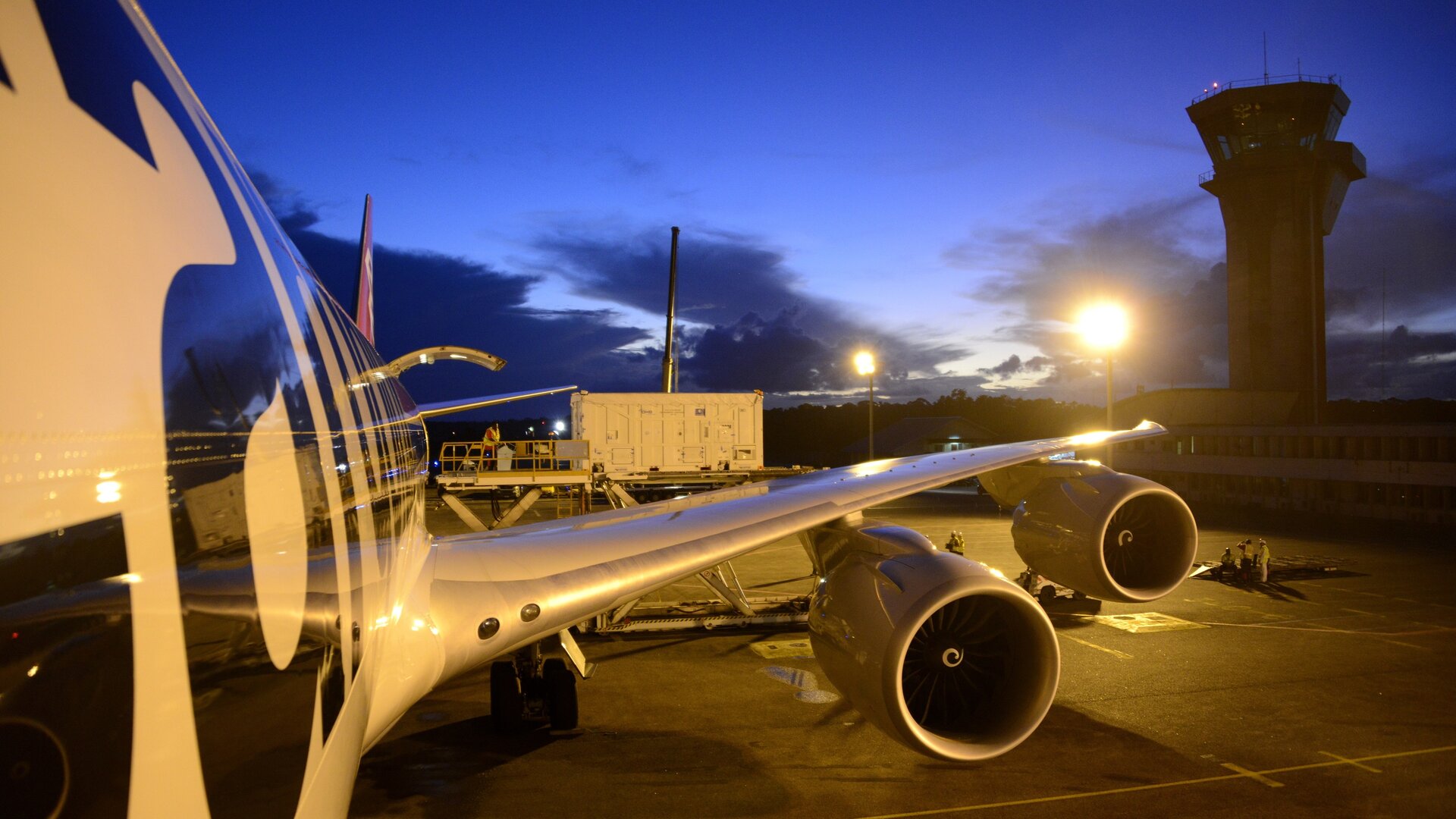 Two more Galileo satellites have reached Europe’s Spaceport in French Guiana, joining the first pair of navigation satellites and the Ariane 5 rocket due to haul the quartet to orbit this December.

Galileos 21 and 22 left Luxembourg Airport on a Boeing 747 cargo jet on the morning of 17 October, arriving at Cayenne – Félix Eboué Airport in French Guiana on the same day.

Resting within distinctive white air-conditioned containers, the satellites were driven to the cleanroom environment of the preparation building within the space centre.

Waiting for them there were Galileos 19 and 20, which arrived in September.

The four satellites will be launched together in mid-December by a customised Ariane 5, the elements of which reached French Guiana last month by sea.