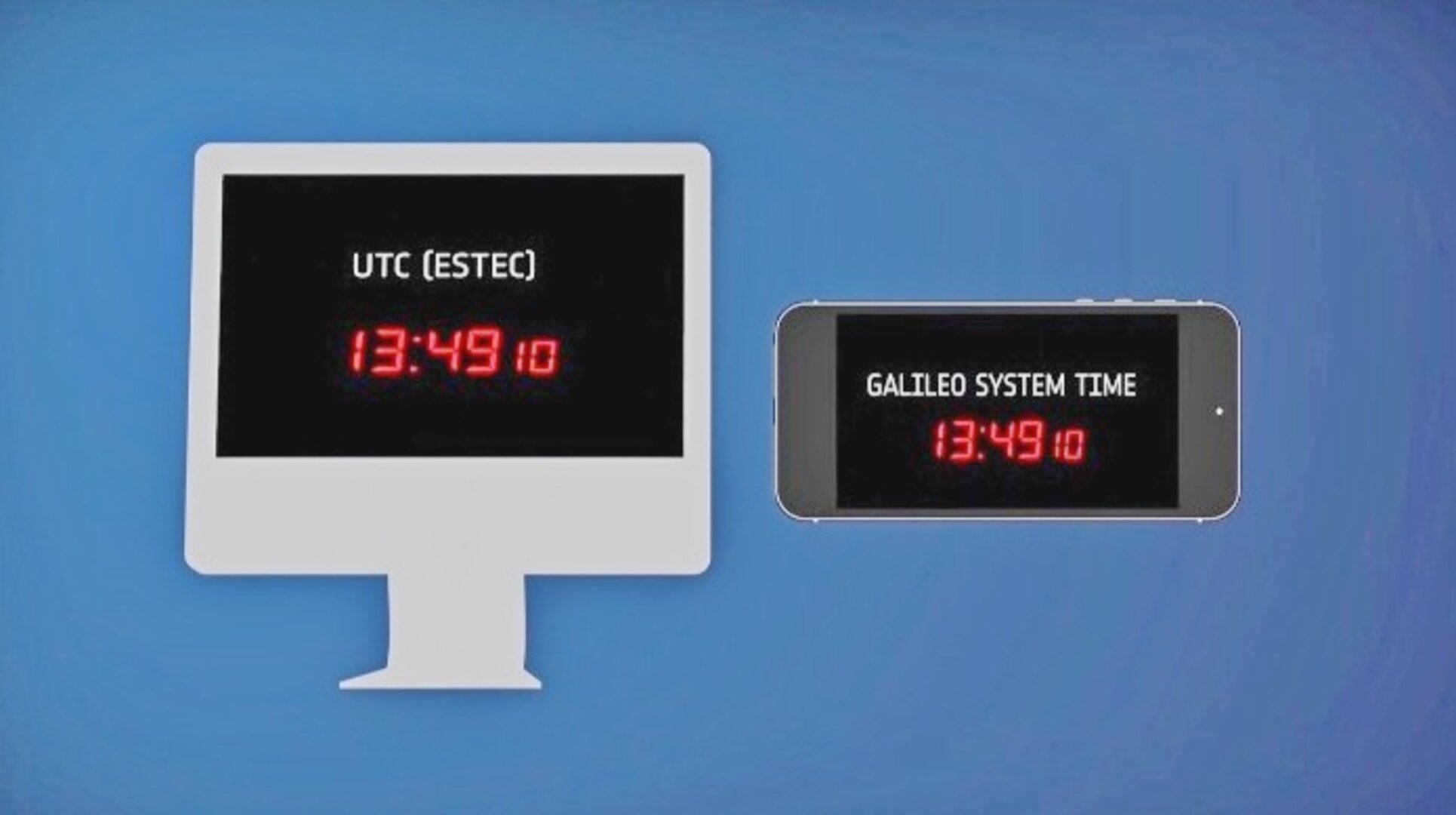 Europe’s Galileo satellite navigation system – the combination of satellites in space and stations on the ground – forms a planetary scale timepiece. Current testing shows it keeping very good time indeed – around 10 billionths of a second on average.

To put that in perspective, light waves cover a distance equivalent to more than seven times around planet Earth in one second.

So why does Galileo need to deliver such precise timing, down to this billionth-of-a-second scale?

Because light – and all other electromagnetic waves, including radio – travels at a fixed speed, just under 30 cm per nanosecond ( a billionth of a second), the time it takes for Galileo signals to reach a user receiver on the ground can be used to yield distance measurements. All the receiver has to do is multiply the travel time by the speed of light.

A minimum of four satellites need to be visible: one each to fix latitude, longitude and altitude, with another to ensure synchronised timings.

So such precise timing becomes essential for accurate positioning. Galileo’s initial four-satellite ‘In Orbit Validation’ testing demonstrates a horizontal accuracy of up to 3 m, 95% of the time, set to improve as more satellites join the system later this year.

In addition, the Galileo System Time (GST) made available through satellite signals is set to become an important utility in its own right, essential to synchronise worldwide banking, power and data networks and a boon for scientific teams.

The challenge has been to maintain GST in a stable manner. Determining GST would, of course, be impossible without the latest high-performance atomic clocks, which use an atom’s switching between tightly-defined energy states for their ‘ticks’.

Because all atoms of a given element and isotope are identical they produce precisely the same high-frequency microwave response when transitioning between states, typically on the order of billions of times per second.

GST is determined using a set of active hydrogen maser atomic clocks at Galileo’s Precise Timing Facility, at Fucino in Italy. The averaged output of these cupboard-sized clocks establish the reference time for the entire Galileo system.

The satellites themselves house smaller, less accurate rubidium and passive hydrogen maser atomic clocks, the latter being about the size of office fridges. These two designs keep an accuracy of three seconds in one million years and one second in three million years, respectively, though this is not enough by itself to maintain the ultrahigh precision needed.

Corrections are therefore transmitted from the ground on a regular basis, at least once every 100 minutes once the system becomes fully operational, to keep these satellite clocks fully in line with GST.

In addition, while GST itself is determined on a fully independent basis, it is also required to be kept in strict agreement with the international reference time, Universal Time Coordinated or UTC.

This is achieved by continuously comparing GST with the national real time approximations of UTC carried out by  France, Germany, Italy, Spain and Sweden.

The current ‘offset’ between GST and the approximation of UTC (the final measurement of UTC is so precise it is actually calculated weeks afterwards) is determined by Galileo’s Time Validation Facility (the precursor of the Galileo Time Service Provider), which is currently operated by the company GMV in Madrid, Spain.

This process means UTC time measurements can also be made available to users to within an designed accuracy of 26 nanoseconds, although in practice Galileo has been able to do better than this – down to about 5–10 nanoseconds.

Finally, GST also needs to be kept in synch with time system underpinning the US GPS system, known as GPS Time.

To enable user receivers to employ both Galileo and GPS in a seamless manner, the current offset between the two reference times needs to be determined and passed to users through the navigation signal, to an accuracy of 5 nanoseconds or less.

It is officially known as the GPS to Galileo time offset, GGTO. Without it, around 50 nanoseconds’ worth of difference between the two system’s reference times could put users up to 15 m out of place. 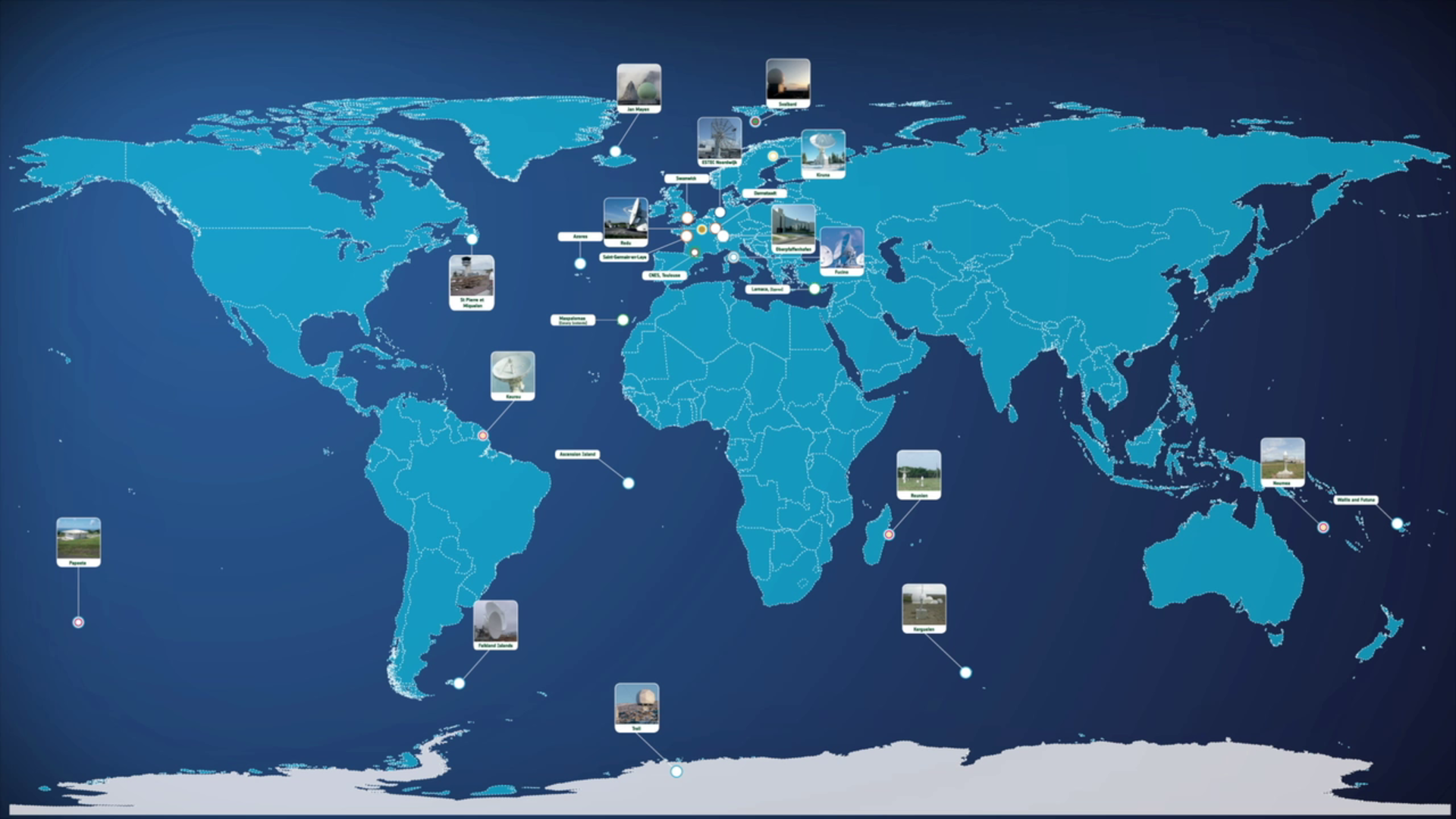 The current quartet of satellites make Galileo time measurements from at least one satellite possible around two thirds of the time to users.

The launch of two more Galileo satellites, set for this August, will lead to worldwide Galileo timing capability for users at almost all times.