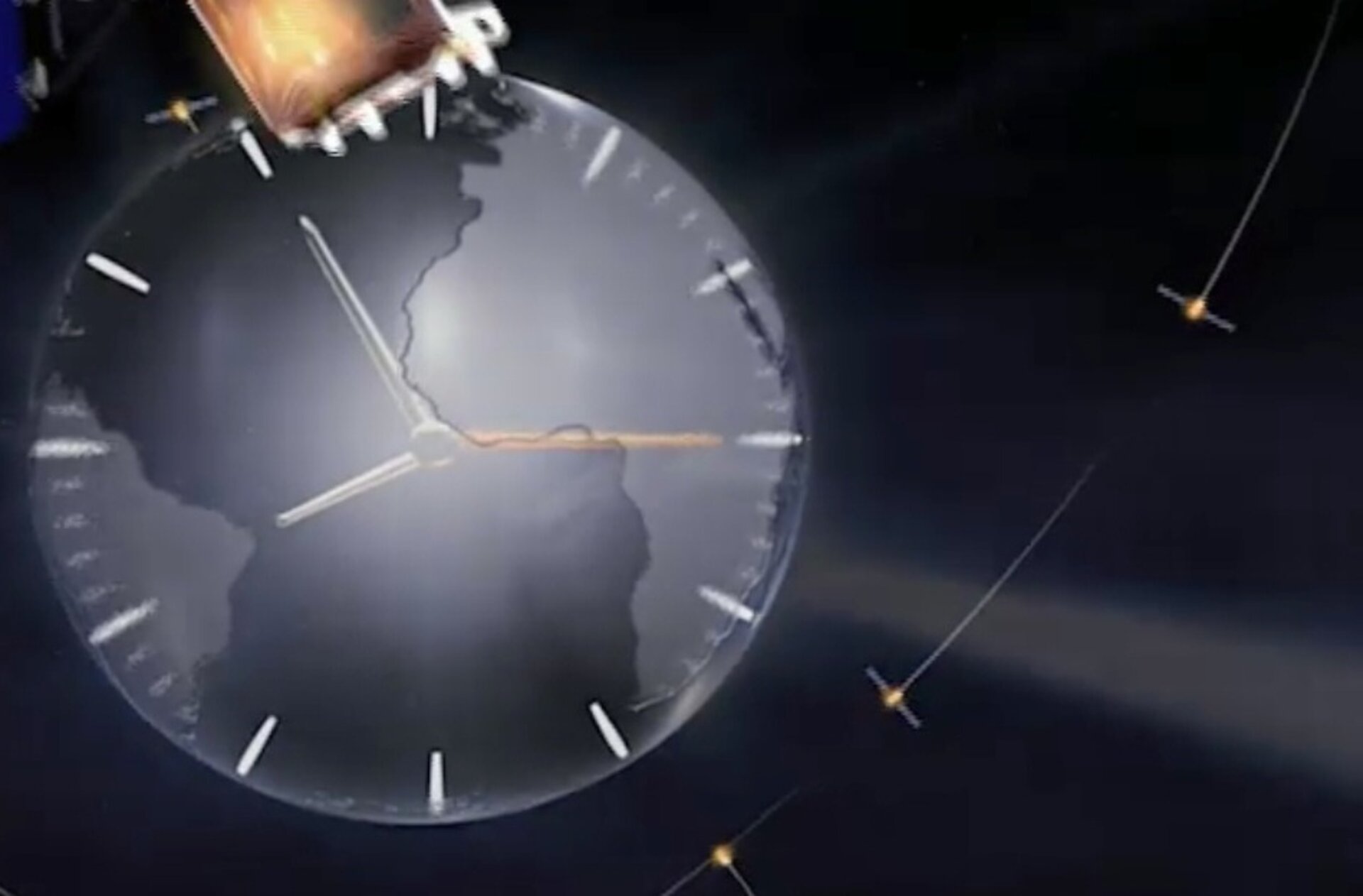 Europe’s four Galileo satellites are now working as clocks accurate to a few billionths of a second, disseminating the exact time through their signals expressed as the UTC Universal Coordinated Time global standard.

“A billionth of a second equals a nanosecond, a time interval far beyond our own human capacity of appreciation,” explains Marco Falcone, ESA’s Galileo System Manager.

“A single lightning flash across the sky during a thunderstorm lasts about ten milliseconds, which is already 10 000 000 nanoseconds. But for high-tech applications, as well as navigation services, nanosecond accuracy is essential.”

The replacement for Greenwich Mean Time, UTC is part of all our daily lives: it is the timing used for Internet, banking and aviation standards as well as precise scientific experiments, maintained by the Paris-based Bureau International de Poids et Mesures (BIPM).

The BIPM computes UTC based on inputs from collections of atomic clocks maintained by institutions around the world, including ESA’s ESTEC technical centre in Noordwijk, the Netherlands.

‘Galileo time’ is derived independently of UTC but is being kept close to it, with a precise ‘offset’ between the two values being calculated continuously and then disseminated through Galileo’s navigation message.

Galileo, like all other satellite navigation systems, is based on the highly precise measurement of time. A receiver on the ground pinpoints its position by calculating how long signals from satellites in orbit take to reach it.

“Galileo runs on Galileo System Time, GST, which is fixed on the ground at the Galileo Control Centre in Fucino, Italy, by the Precise Timing Facility, based on the average of different atomic clocks.

“Strictly speaking, for navigation purposes alone this internal reference system time does not need to be in agreement with UTC at the highest level of accuracy but with this agreement being the case, it is therefore possible to immediately disseminate UTC to the users to the best  accuracy and this is the aim of Galileo.”

The offset between GST and UTC is currently estimated in Turin, Italy, by the Istituto Nazionale di Ricerca Metrologica (INRIM), where time measurements are performed every day with the most precise techniques available to check GST status.

INRIM has been supporting ESA’s Galileo development since the early phases of the project. More recently INRIM has overseen the creation of a ‘Time Validation Facility’ for Galileo in collaboration with five other European time-measurement institutions: the Physikalisch Technische Bundesanstalt in Germany, the National Physical Laboratory in the UK, the Systeme de References Temps Espace/Observatoire de Paris in France, the Real Instituto y Observatorio de la Armada in Spain and Observatoire Royale de Belgique.

Each day, the most precise European clocks and national time scales are compared to GST and the offset compared to UTC is estimated and provided to the Galileo Control Centre. This offset is then uploaded to the Galileo satellites for transmission in the navigation message available to users.