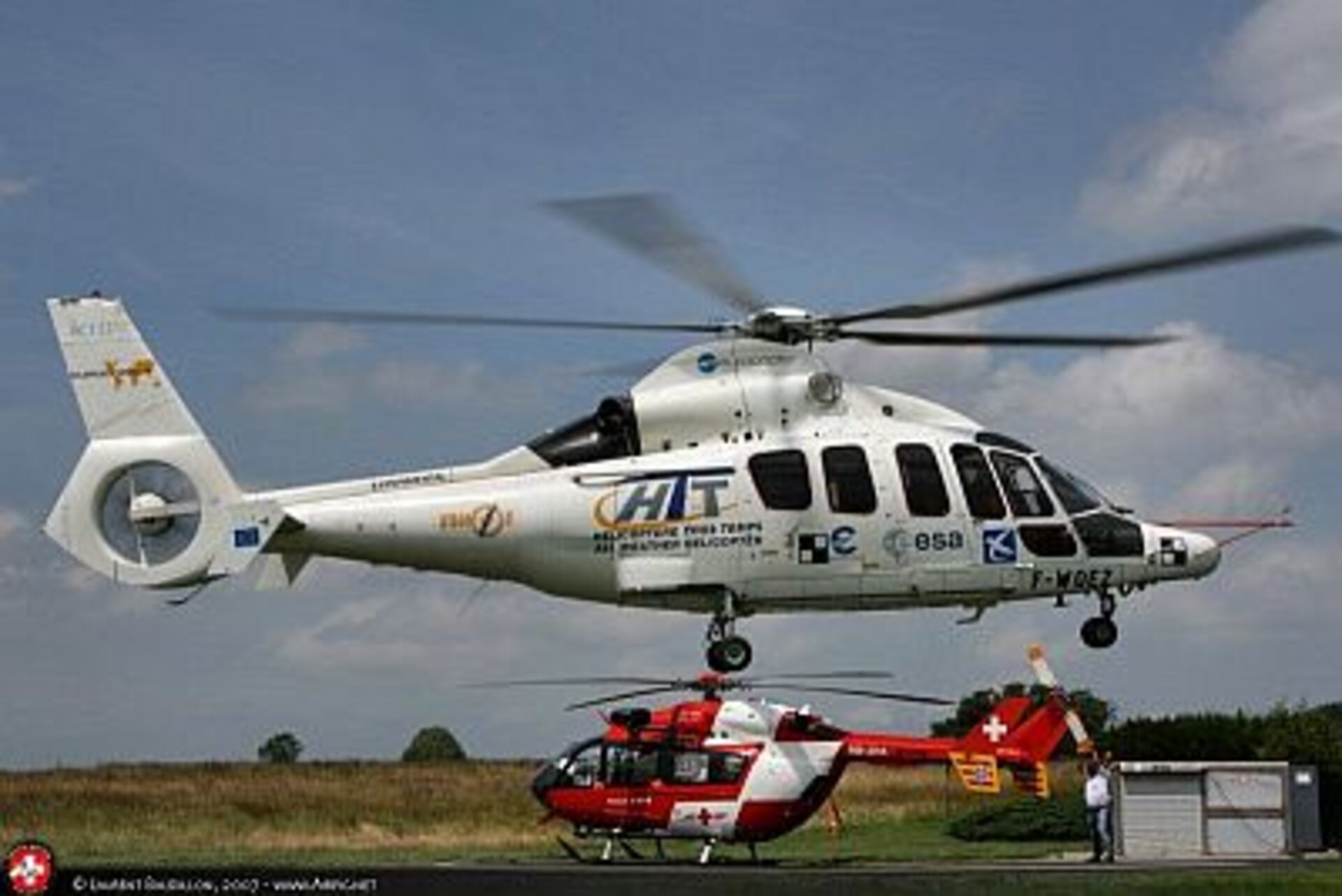 Successful trials have recently been conducted at Lausanne, Switzerland, using the European Geostationary Navigation Overlay Service (EGNOS) to guide a helicopter as it approached and touched down at an emergency medical service landing pad in the city.

The adaptable, go-anywhere characteristics of helicopters make them ideal for emergency services, but when visibility is poor their operations are limited by aviation regulations. The accurate position reporting and navigation system integrity checking offered by EGNOS will be a vital service for anywhere, anytime rescue services – as was demonstrated during the trials.

The Lausanne trials were performed by Eurocopter, using their EC155 experimental all-weather helicopter (Hélicoptère Tous Temps – HTT). The trial programme was coordinated by skyguide, the Swiss air navigation service provider and consisted of a number of validating approaches performed by the HTT to a Helicopter Emergency Medical Services (HEMS) pad located on the roof of Lausanne University Hospital.

The trial approaches were designed by skyguide for 6° and 9° approach angles. Initial feedback from the test pilots indicates that, despite of the steepness of the approaches – the standard approach angle is 3° – they are easy to fly thanks to the three-dimensional guidance provided by EGNOS. Vertical guidance for the pilot is a major advantage EGNOS offers over standard GPS.

The increased approach angles also reduce noise nuisance on the ground as the helicopter can remain at high altitude until it is closer to its destination before commencing its final descent. In addition, a steeper descent angle reduces the noise generated by the rotor blades as the craft nears the ground.

The implementation of instrument approaches for HEMS operations will allow the emergency services to continue their operations in weather conditions that would otherwise ground their helicopters.

The trials were performed as part of the GNSS Introduction in the AviatioN secTor (GIANT) project. GIANT is a European Commission Sixth Framework Programme (FP6) project with the aim of supporting the introduction of EGNOS and Galileo services into the aviation market while demonstrating to the responsible authorities that the required safety levels are achieved.

The helicopter trials follow on from the fixed-wing EGNOS/GIANT trials held at Valencia, in Spain, during late 2006. Additional GIANT flight trials will be performed in 2007, at other European airports and on an oil rig in the North Sea.

EGNOS is a joint programme of the European Space Agency, the European Commission and Eurocontrol. EGNOS is made up of a network of more than forty elements all over Europe that collect, record, correct and improve data from the US Global Positioning System (GPS). The modified signals are then relayed via geostationary satellites to user’s terminals, offering a positional accuracy of better than two metres, compared with 15 to 20 metres for GPS alone. In addition, EGNOS gives a guarantee of quality for these signals that GPS does not provide.