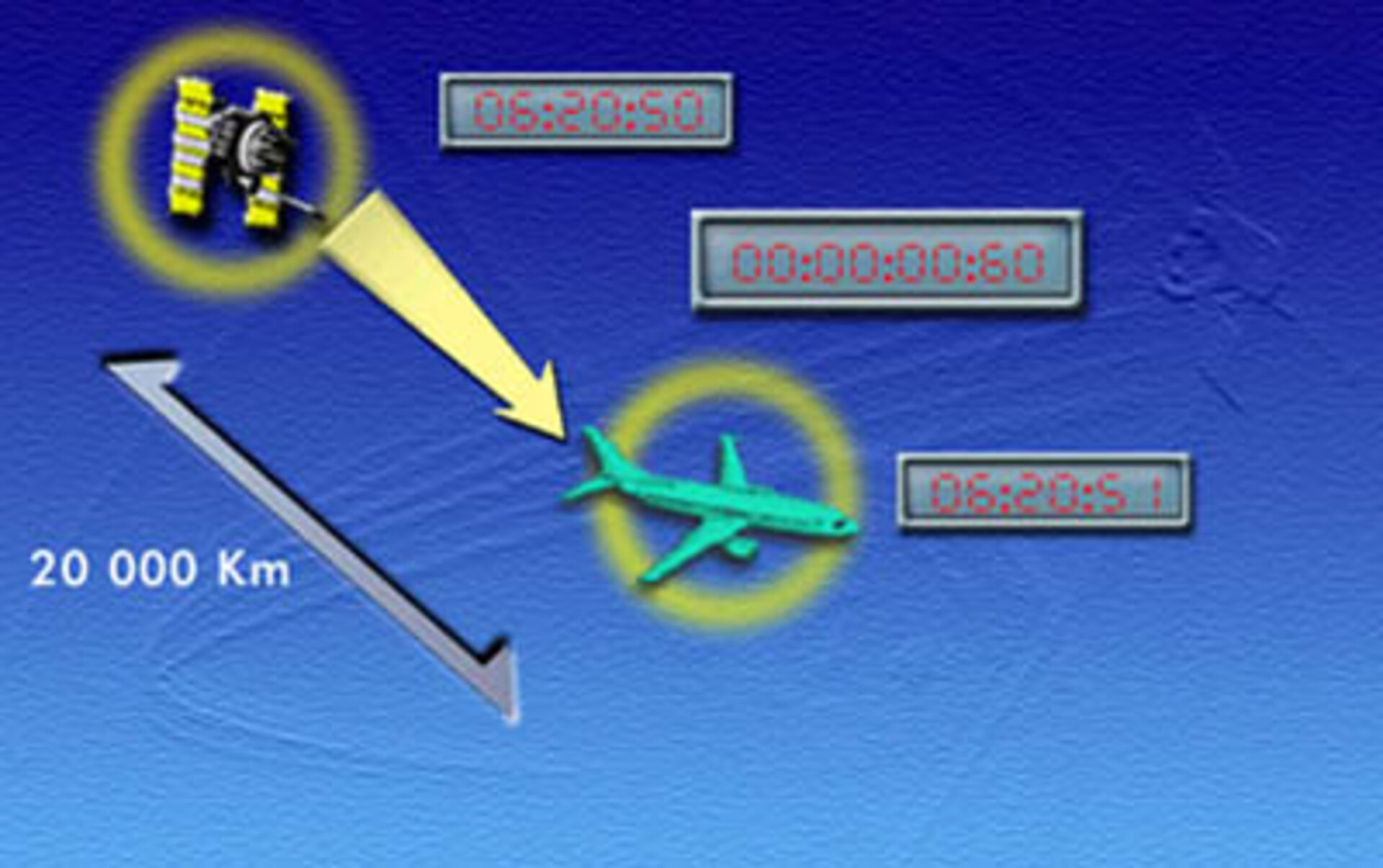 Every second a satellite broadcasts a time-stamped signal giving its position. This is synchronised to an atomic clock and the signal reception is dated by an on-board clock. The time difference is then calculated and the difference, multiplied by the signal speed (300 000 km per second), gives what is called a pseudo-range.

The term pseudo-range is used because the distance in metres between the satellite and the receiver of the user is not calculated directly through space measurement but through a calculation made using the time measurement. The pseudo-range corresponds to the area where the vehicle or craft is situated.

In theory, if the distance between a satellite and a receiver is measured, the range of possible positions of the receiver is anywhere on the surface of the globe within a radius centred on the satellite.

Measuring the distance to a second satellite narrows the possible position to anywhere on the intersecting curve. With three satellites and with reasonable assumptions the location can be narrowed to a single point.

In order to do this, however, the receiver needs to have an extremely accurate atomic clock. As these are very heavy and expensive, the signals of a fourth satellite are needed to reduce timing errors and to give a more accurate position fix.