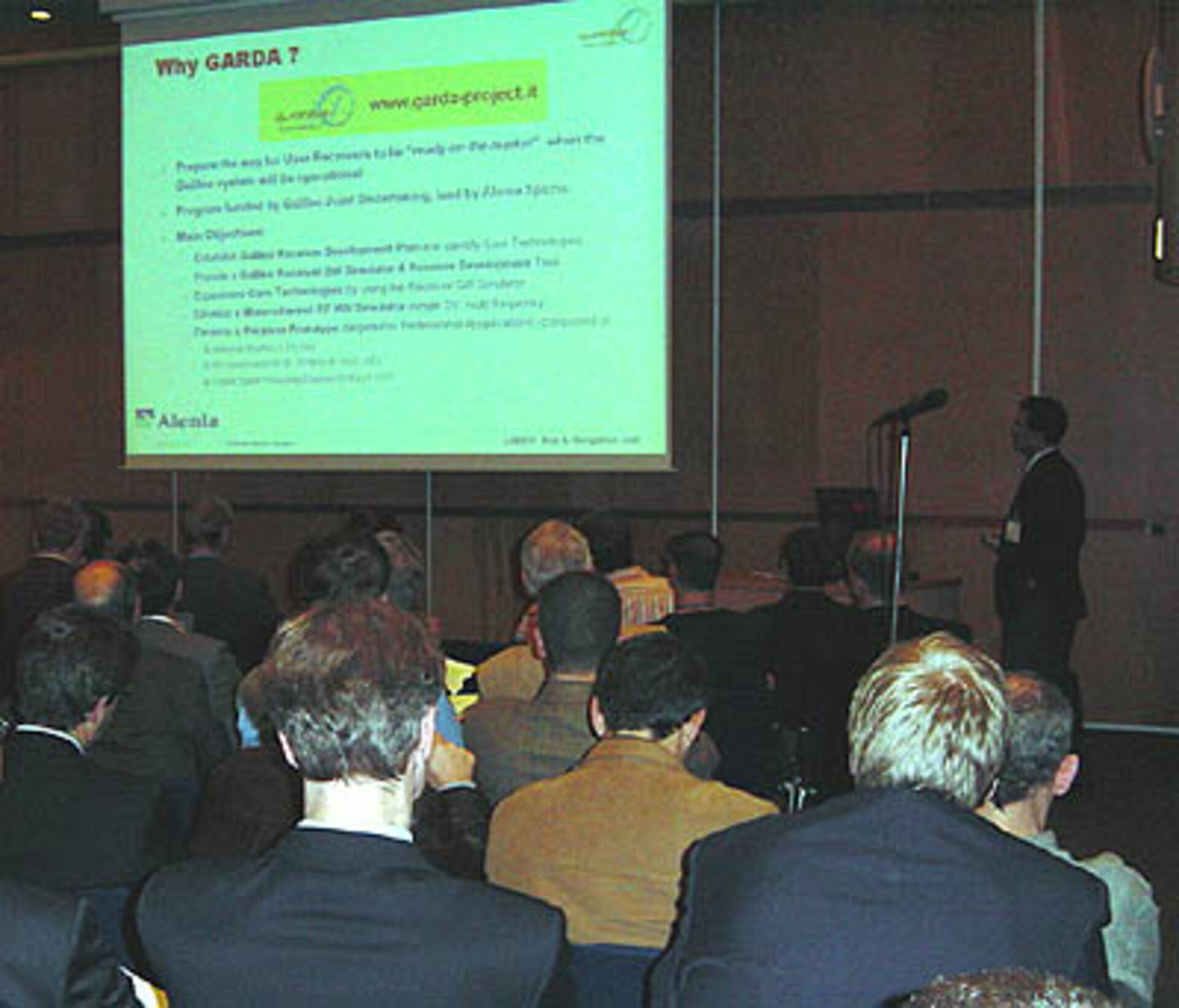 ESA’s NAVITEC’ 2004 workshop on Satellite Navigation User Equipment Technology was hosted at the European Space Research and Technology Centre (ESTEC) in Noordwijk, The Netherlands last week. The event enjoyed an enthusiastic take up of over 240 participants from around the world.

With the operational capabilities of the European Geostationary Navigation Overlay Service (EGNOS) coming soon, the implementation of Galileo and the modernization of GPS, the development of technology for user equipment is the subject of important efforts worldwide and is advancing rapidly. NAVITEC’ 2004 was organized at a very timely moment making it possible to share the results of those important development efforts.

The workshop started with an interesting and spirited Round Table. Invited participants and the attendees expressed their opinions and discussed a number of hot topics in the navigation community: the benefits that Galileo will bring to users and the great interest of equipment manufacturers in Galileo, the interoperability of Galileo and GPS and the complementary nature of EGNOS and Galileo.

The Round Table was followed by a series of plenary talks about the performance and evolution of EGNOS, the status and offered services of Galileo and the ESA navigation applications programme. The series concluded with a presentation on the European Navigation Laboratory (ENL), which is located in ESTEC.

With about 60% from industry and 40% from research institutes participants attended presentations, demonstrations and discussion groups over three days. Topics included ground and space receivers, indoor and urban navigation systems, signal processing and scientific applications. Special attention was devoted to the integration of navigation technologies with communication devices, especially for indoor applications, and location-based services. Over 110 papers were submitted for the event. The detailed programme of the workshop can be found at http://www.congrex.nl/04c09.

Groups were also given the possibility to visit the European Navigation Laboratory. Three sessions were organized with focus on tools for assessing Galileo and EGNOS performance for the user, and on tools for receiver validation.

Given the success of NAVITEC' 2004 and the very positive feedback received from the participants, the next edition of NAVITEC' will be held in 2006.