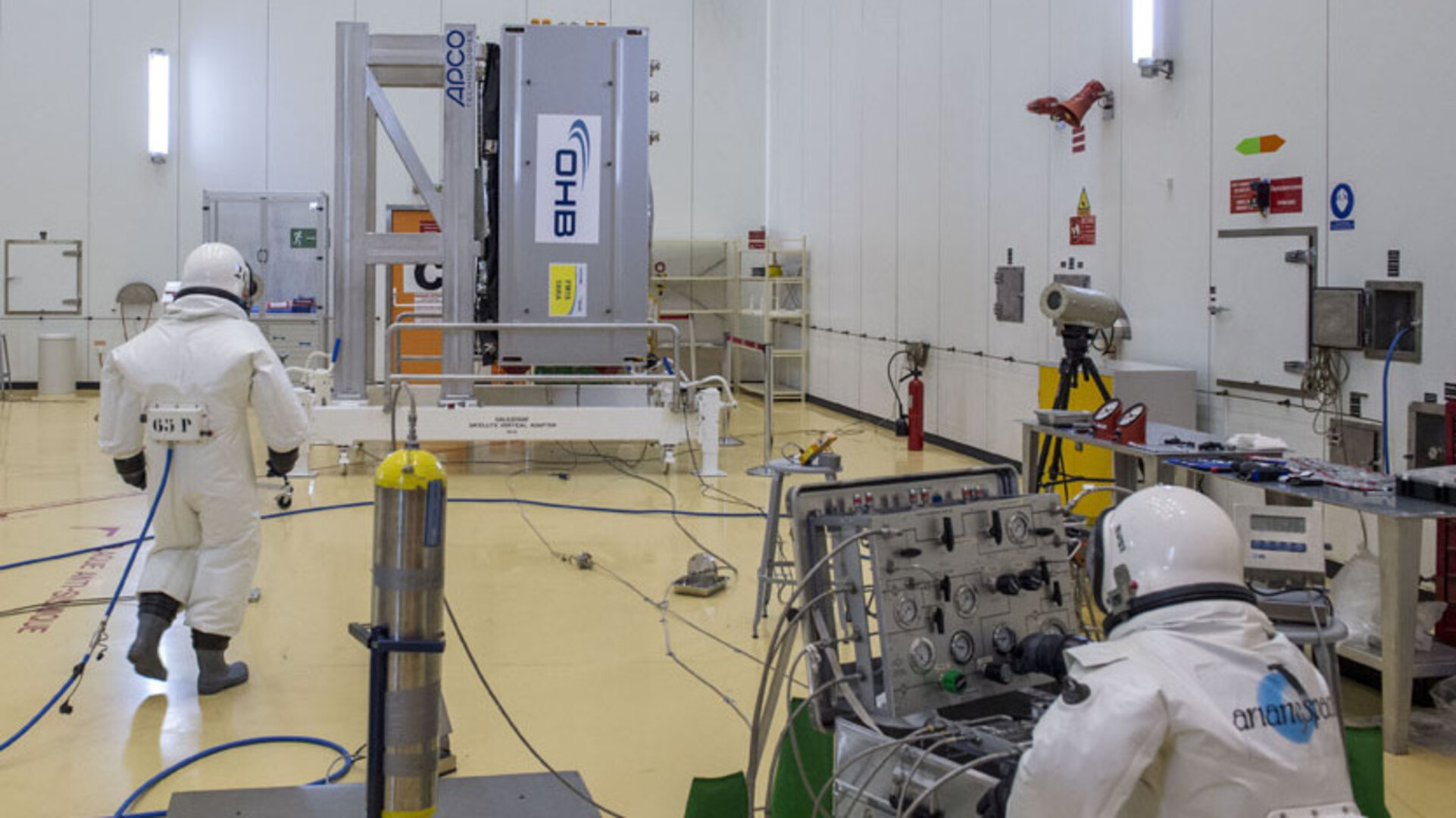 Europe’s next four Galileo satellites have been fuelled at Europe’s Spaceport in Kourou, French Guiana, in preparation for their launch on 25 July.

The four satellites were placed into their protective containers to be transported from the S1A processing building to the S3B payload preparation building, where they were filled with the hydrazine fuel that will keep the satellites manoeuverable during their 12-year working lives.

The next step is to fit the quartet onto the dispenser that holds them in place securely during launch and then releases them into space once the upper stage of the Ariane 5 rocket reaches its 22 922 km-altitude target orbit.

After that, the satellites plus dispenser will be fitted onto the upper stage then enclosed by the two sides of the protective launch fairing – one of which has had the mission logo added to it.

Meanwhile the Ariane 5 for this launch – known as Flight VA244 – has undergone assembly inside the Spaceport’s Launcher Integration Building.