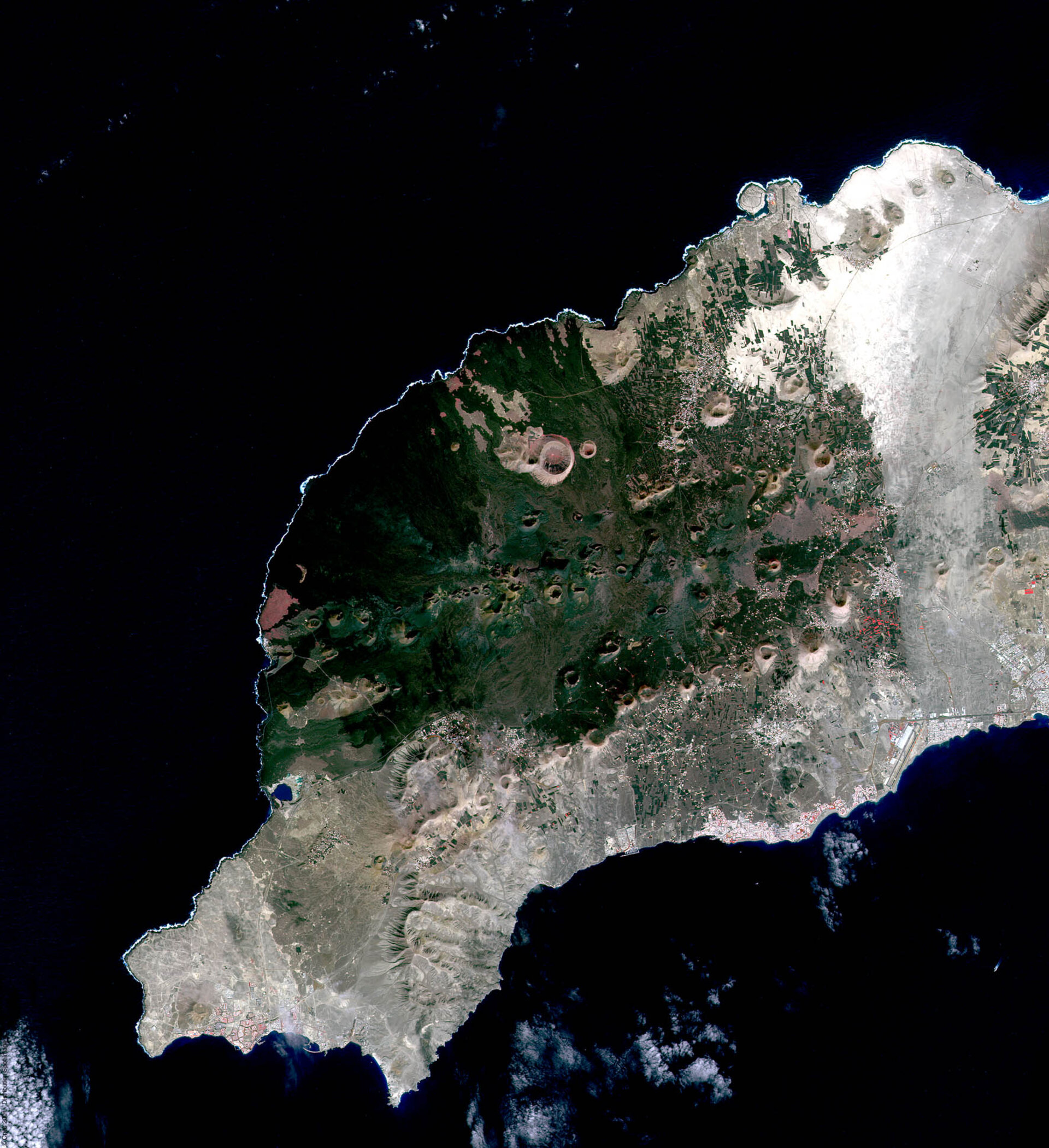 ESA PR 75-2001. On 30 November, the first-ever transmission of an image by laser link from one satellite to another took place.

The system, called SILEX, consists of the Opale terminal on Artemis and the Pastel terminal on the SPOT 4 satellite. It was designed in close cooperation between the European Space Agency (ESA), the French space agency (CNES) and manufacturer Astrium with over 20 European contractors involved. The terminals exchange high-definition imagery data at 50 megabits per second. Artemis subsequently beams the data at its leisure to the receiving station operated by Spot Image at Toulouse, using a conventional 20 GHz radio link.

In the past few weeks ESA, CNES and experts from Astrium have performed a battery of tests to validate the performance of a laser link established between ESA's Artemis spacecraft, operating at an altitude of 31 000 km, and the CNES SPOT 4 satellite orbiting at 832 km.

The SILEX terminals on both satellites demonstrated their robustness, successfully carrying out all the required operations. Acquisition was systematically obtained within the specified periods and the optical link was in all cases maintained throughout the pre-programmed duration. Communication performance was assessed by measuring the bit error rate - excellent characteristics were demonstrated, with the bit error rate consistently in the range 10 -9 to 10 -10 .

Once it had been confirmed that the optical link could be safely established and maintained and that communication quality was virtually perfect, the parties went on yesterday to transmit images from SPOT 4 via Artemis to the Spot Image control centre in Toulouse. The images had been recorded shortly before the transmission and stored in the satellite's data memory. Transmission was as successful as all previous tests and picture quality was perfect.

This successful result was achieved not only thanks to the performance of the satellite hardware but equally to the very effective cooperation between all the operations control centres involved - the Spot 4 control centre and the Spot Image data reception and processing facility in Toulouse, the ESA-Artemis mission control facility in Redu/Belgium and the Artemis operations control centre in Fucino/Italy, run by the Italian consortium Altel (Alenia Spazio/Telespazio).

The main industrial contractors for development of the SILEX system are Astrium in France, Germany and the United Kingdom, Bosch and Zeiss in Germany, supported by many subcontractors. The Artemis main contractor is Alenia Spazio,Italy.

The main advantage offered by the optical data relay system is enhanced availability. When operated with Spot 4 the link can be maintained, if so desired, for more than 50 % of the orbit. This increases contact time dramatically and shortens the time between when images are recorded and when they are available at the customer's premises.

The potential of the new technology extends beyond Earth observation; it promises to revolutionise sat-to-sat communications for constellations in low-earth orbit, geostationary satellites and deep-space exploration probes.

Artemis was launched on 12 July 2001 from Kourou on an Ariane 5 launcher. Due to a malfunction of the launcher's upper stage, the satellite was left in a lower than intended orbit. Since then the orbit has been lifted using the satellite's own systems to an altitude of 31 000 km. To move on to its permanent home in geostationary orbit, 36 000 km above the Earth, the satellite will use its newly designed ion propulsion system. This system will provide the required acceleration using only 20 kg of xenon gas as fuel. To carry out the orbit-raise manoeuvre, the satellite will have to be oriented in a direction that was not included in the baseline. A team of experts from ESA, Alenia and Astrium UK and Germany (which also developed the dual ion-propulsion systems) are having therefore to develop new control software that will then be uplinked to the satellite.

It is planned to have the new software fully validated by mid-December and start raising the orbit before Christmas. This should bring Artemis to its final position by summer next year. The satellite will have an operational lifetime of at least 5 years.

SPOT 4 was developed by CNES under a partnership agreement between France, Sweden and Belgium; it was launched on 24 March 1998. The Spot system today comprises three satellites (SPOT 1, 2 and 4), and a worldwide network of receiving stations. Data are distributed by Toulouse-based Spot Image. SPOT 5, with enhanced capabilities (2.5 m resolution, a 60 km swath and a new stereoscopic high-resolution instrument), will be launched in April 2002, thus ensuring continuity of service to users.