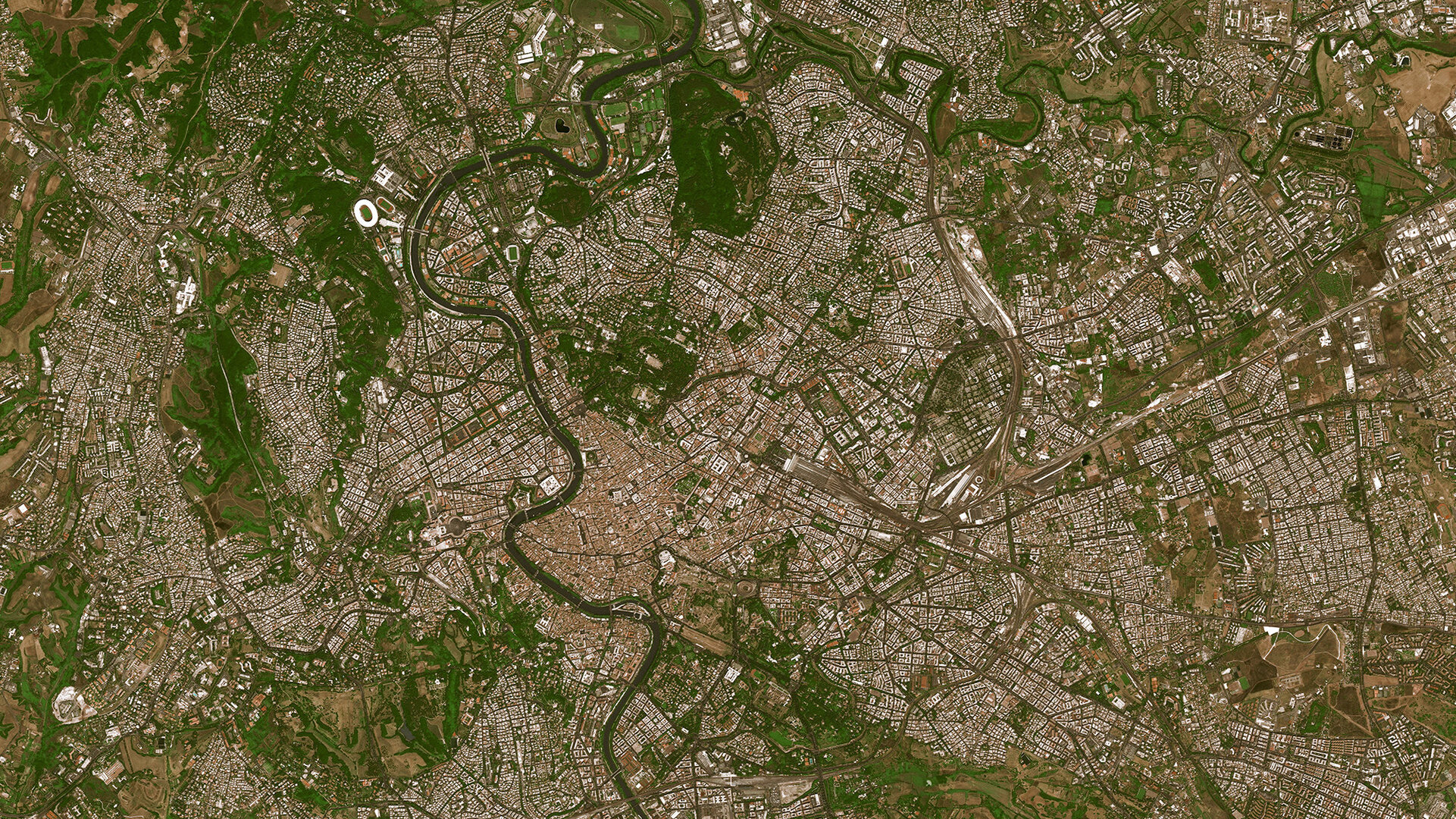 In Roman times the milestone was the central method of navigation, with all distances fixed from a ‘golden milestone’ in the imperial capital. Today, navigation satellites have become the modern equivalent of milestones – but Rome still has a role to play.

The Thales Alenia Space plant in the eastern suburbs of Rome is home to the Galileo System Evaluation Equipment facility, which provides a troubleshooting platform for the Galileo ground network and an assessment of the performance of Europe’s under-construction satnav constellation.

Based in the main plant building, it is equipped with a secure data link to the Galileo Control Centre in Fucino, 90 km away, which oversees Galileo navigation services.

This link gives it direct access to all the data gathered by the global ground segment, from the sensor station data to the navigation messages uplinked to the satellites, including satellite orbits and onboard clock corrections.

The facility can then apply separate software to these inputs, rather than that used in the Galileo Mission Segment, to provide a ‘second opinion’ on Galileo performance.

In addition, a van measures Galileo performance in the field, gathering data across a range of vehicle and rural environments.

“The facility is being routinely operated by the Thales Alenia Space team,” explains Enrico Spinelli, overseeing it on the ESA side.

“It is being upgraded to automatically process the data received from the Galileo control centres, perform troubleshooting analyses and provide inputs for the monthly Early Service Key Performance Indicators report.

The facility made the Rome area one of the two main centres of activity during Galileo’s In-Orbit Validation phase, along with the ESA’s ESTEC technical centre in Noordwijk, the Netherlands.

In-Orbit Validation was the extensive system testing performed on the ground during late 2012 and early 2013 to ensure the embryonic four-satellite system was performing as designed, including Galileo’s historic first position fix of longitude, latitude and altitude on 12 March 2013.

“The facility was developed for that phase, but has performed so well that it was decided to keep it in operation during succeeding phases,” adds Enrico.

“Along with its intended use in monthly reporting, its direct access and processing of Galileo Control Centre data will make it a powerful tool for system troubleshooting for both Galileo’s upcoming services.

“It can give us independent analyses of factors such as the availability and quality of data from Galileo Sensor Stations and the Orbit Determination and Time Synchronisation process which keeps the overall Galileo system in sync.

“It can also allow us to check the accuracy of software models used to compensate for ionospheric delay, the accuracy of almanacs charting satellite orbital positions and to analyse the efficiency of the ground-to-satellite contact plans for the uplink of the navigation message which the satellites rebroadcast, even to verify the navigation message is being broadcast in its correct structure.”

The improved facility should help to ensure the timely and reliable introduction of initial Galileo services, planned in 2016.