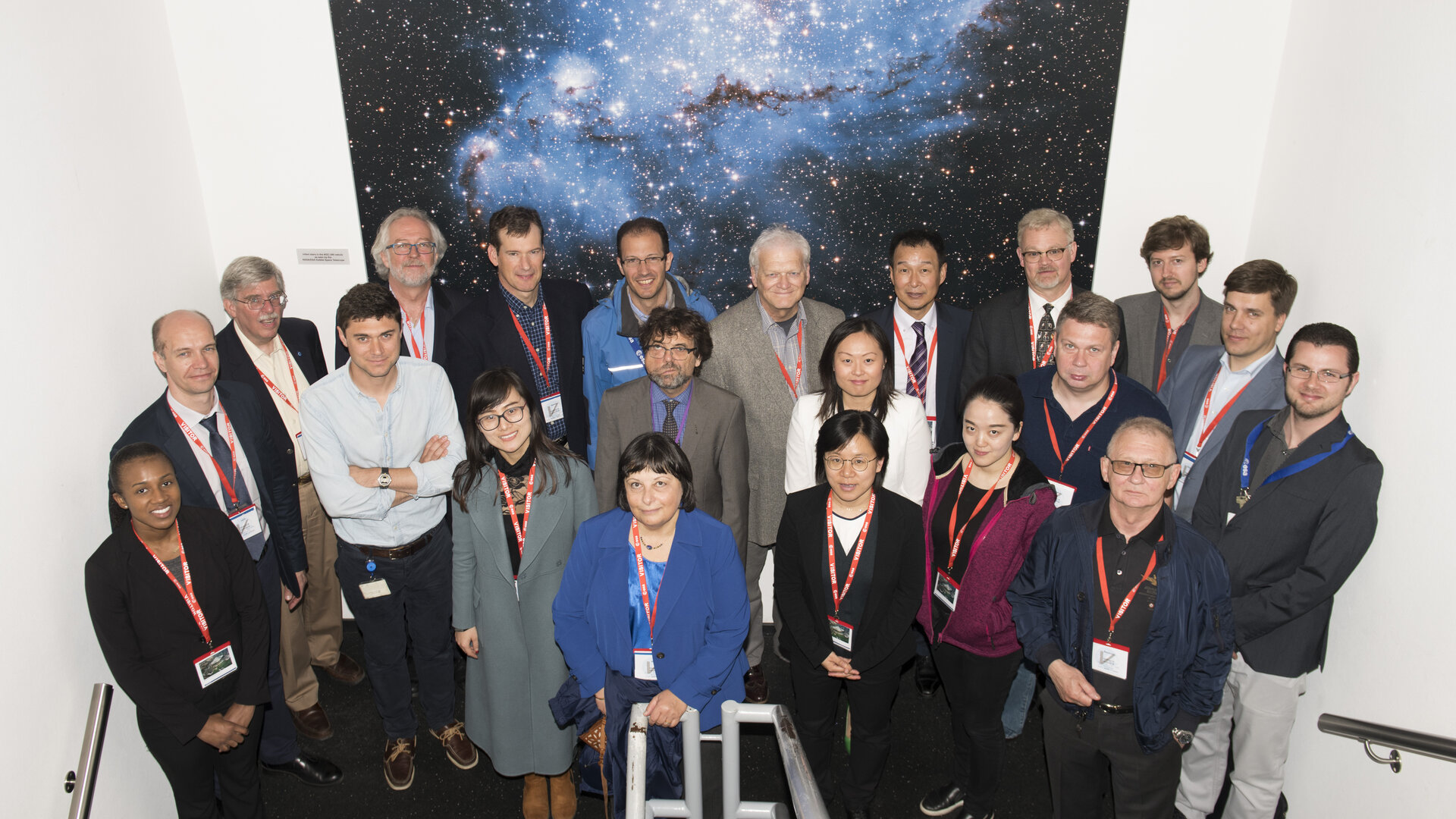 ESA, one of the founding members of the ICG back in 2005, invited them to visit the Agency’s European Space Research and Technology Centre, ESA’s single largest establishment and home to its Navigation Directorate.

Javier remarked: “I’m honoured to work with the amazing team of engineers and managers responsible for developing the Galileo system. The laboratory and testing facilities here are very much at the heart of Galileo development.

“I’m very happy to welcome members of the UN ICG group, doing a great job in bringing navigation satellite system operators together, to share achievements and challenges and encourage interoperability – our users love our systems working together.”

The tour began at ESA’s Receiver Testing Facility – historic location of the world’s very first Galileo positioning fix back in 2012 – equipped with a multitude of specialised satnav receivers for not only Galileo satellites but also the US GPS, Russian Glonass, Chinese Beidou, India’s NAVIC and Japanese QZSS systems, together with augmentation systems such as Europe’s own European Geostationary Navigation Service, EGNOS. The signals from all these systems can also be recorded to very high fidelity for subsequent investigation or reuse.

Lab simulation systems can recreate all these outputs in combination to test receiver systems across a huge range of scenarios, such as amid interference induced by a solar storm, or to see how receivers cope while flying, or even in orbit.

“Our aim is to go closer to the market, and how they’re doing things,” explained Olivier Smeyers of ESA’s Commercial User Segment Section, “Because how current services are being exploited is very important for developing the next generation.”

Next came the Galileo Processing Centre, which provides ESA with continuous monitoring of Galileo services. It functions independently from the rest of the global Galileo infrastructure, to allow independent assessment of its performance, down to individual satellites and the onboard atomic clocks at the heart of the system – working closely with facilities such as the Galileo Time Validation Facility in Spain and the Galileo Control Centres in Germany and Italy.

The group was also shown ESA’s Time and Metrology Facility: an ensemble of six high-performance atomic clocks sufficiently stable to monitor the nanosecond-scale performance of Galileo System Time, and since 2012 maintaining their own timescale called UTC(ESTC), employed in turn to help set Coordinated Universal Time (UTC) – the world’s global time.

The cleanroom environment of the Galileo Payload Laboratory contains the same atomic clocks flown aboard Galileo satellites with the rest of its navigation payload, used to replicate any performance anomalies identified in orbit and make early tests of Galileo Second Generation design improvements.

The tour proceeded to view ESA’s two Telecommunications and Navigation Testbed Vehicles and the Test Centre where the most recent 22 satellites were cleared for launch.