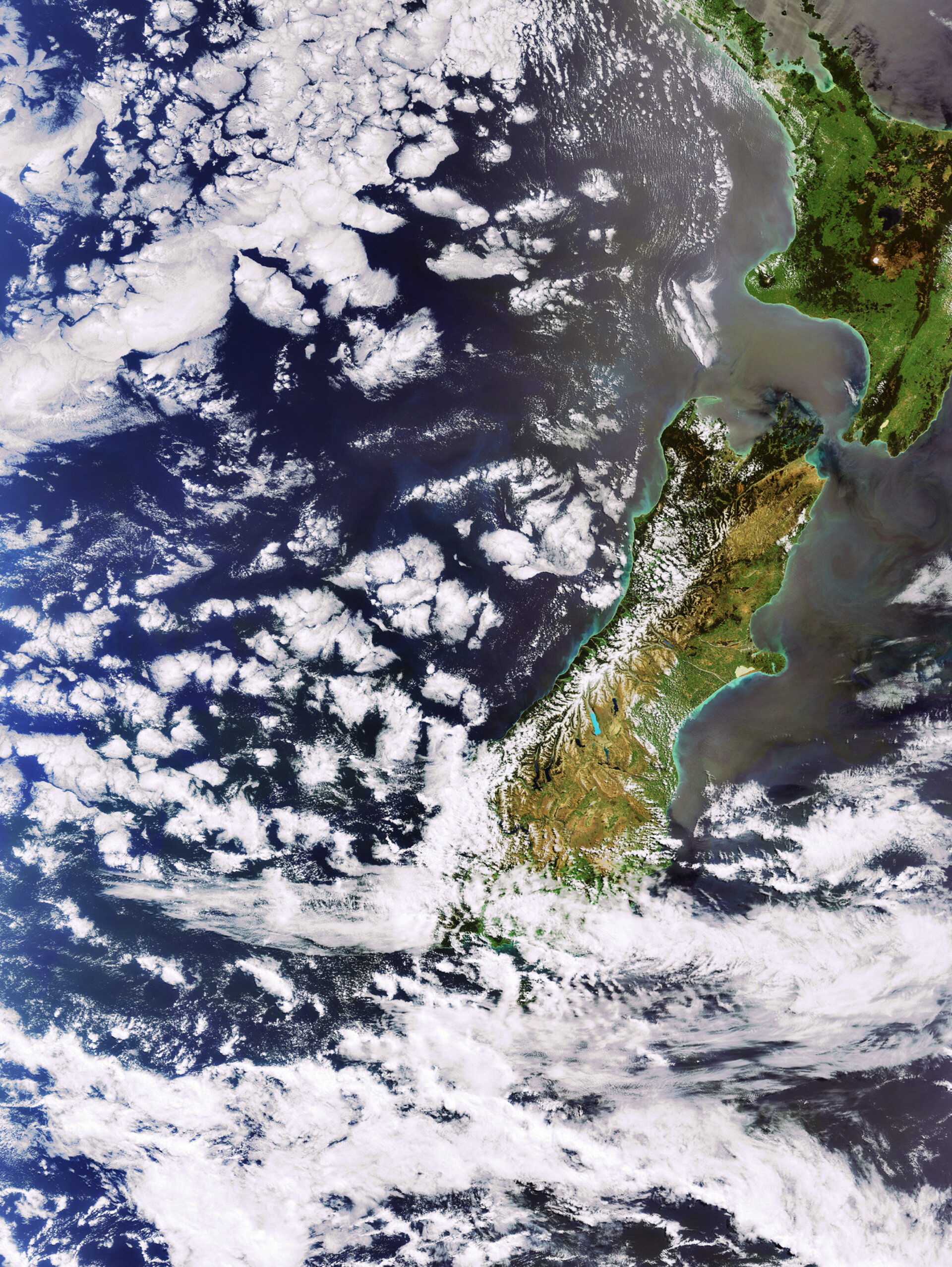 This image highlights the North and South islands of New Zealand as captured by ESA’s Envisat during the spacecraft’s 30 000th orbit of Earth.

New Zealand is located at the south-western end of the Pacific ‘Ring of Fire’, a continuous line (40 000 km long) of volcanoes and fault lines circling the edges of the Pacific Ocean, and straddles the boundary of both the Pacific and Australian tectonic plates.

As almost all the volcanoes on Earth occur near tectonic plate boundaries, it is no surprise volcanism has greatly affected New Zealand’s landscape. Volcanoes have also claimed more lives in than any other form of natural disaster, according to New Zealand’s Civil Defence. Satellite radar, such as that aboard Envisat and ERS-2, allows scientists to track small changes in the Earth’s movement that improves their ability to predict volcanic eruptions.

Launched from Kourou in French Guiana on the night of 28 February 2002, Envisat marked its fifth year in space earlier this year. The world’s largest and most complex environmental satellite ever launched has travelled a distance of more than 1 350 000 000 km, about the equivalent of travelling to Jupiter and back.

Envisat generates some 280 Gigabytes of data daily, providing scientists with a global picture of our environment. The nominal lifetime of the spacecraft was initially five years, but given the overall excellent standing of the satellite, the ESA Member States agreed to fund the mission operations until 2010.

This image was acquired on 25 November 2007 by Envisat’s Medium Resolution Imaging Spectrometer (MERIS) while working in Full Resolution Mode to provide a spatial resolution of 300 metres.