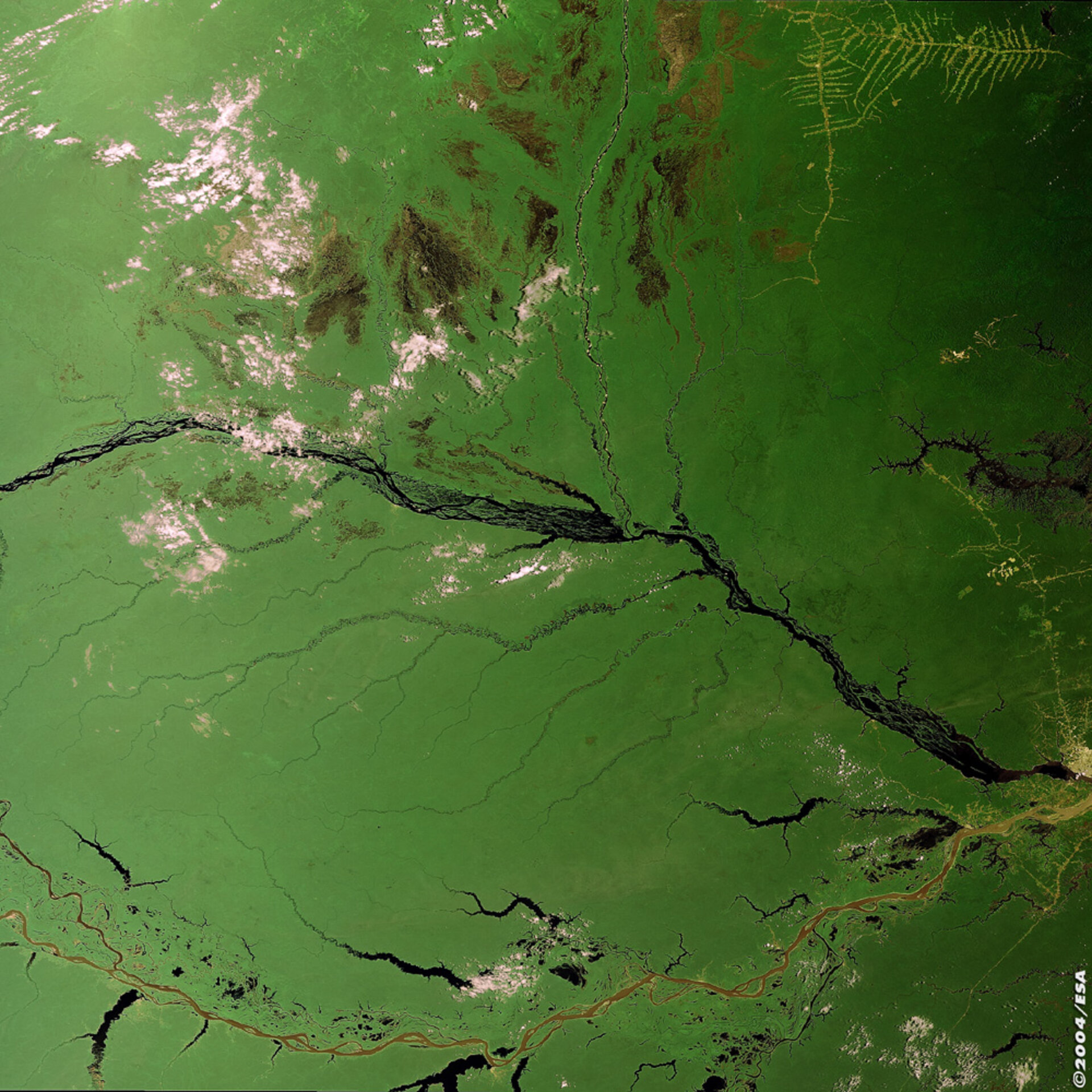 A large part of Brazil's Amazon Basin is shown here. The area is a low-lying valley almost entirely covered by tropical rainforest, criss-crossed by rivers including the mighty Amazon itself.

At first glimpse there appears to be no trace of mankind in this image, but a careful look reveals settlements and roads extending from top to bottom along the right hand side.

The Amazon River is the world's largest in terms of volume of water reaching the sea. The river's network also forms the world's largest drainage system, with around 1100 river tributaries. These tributaries are often referred to as 'white' or 'black' rivers. White rivers (their actual colour is yellowish) often rise in the Andes, their tint resulting from heavy loads of mud and silt. Black rivers, conversely, rise in rocky basements from where little or no sediment is carried along.

A beautiful example of the confluence of the Basin's main white and black rivers, the Solimões and the Rio Negro converging on the Amazon River, can clearly be seen.

A peculiarity of the Amazon is the lack of settlements along the river's banks, compared to the usual large ports, transport networks and industrialised cities found along important waterways. Among the only three sizable cities settled on the Amazon banks is Manaus on the right of the image, just north of the confluence.

Rainforests worldwide are being destroyed at an alarming concern, a development of great concern because they are essential to life on a global scale. Unlike other forests, rainforests do not grow back when they are destroyed and their soils are not suitable for continued agricultural use.

All countries in the Amazon region are now looking into ways of exploiting its natural resources in a sustainable manner without destroying the rainforest any further. Environmentalists and Indians are working together to create markets for products such as nuts, fruits, oils and pigments.