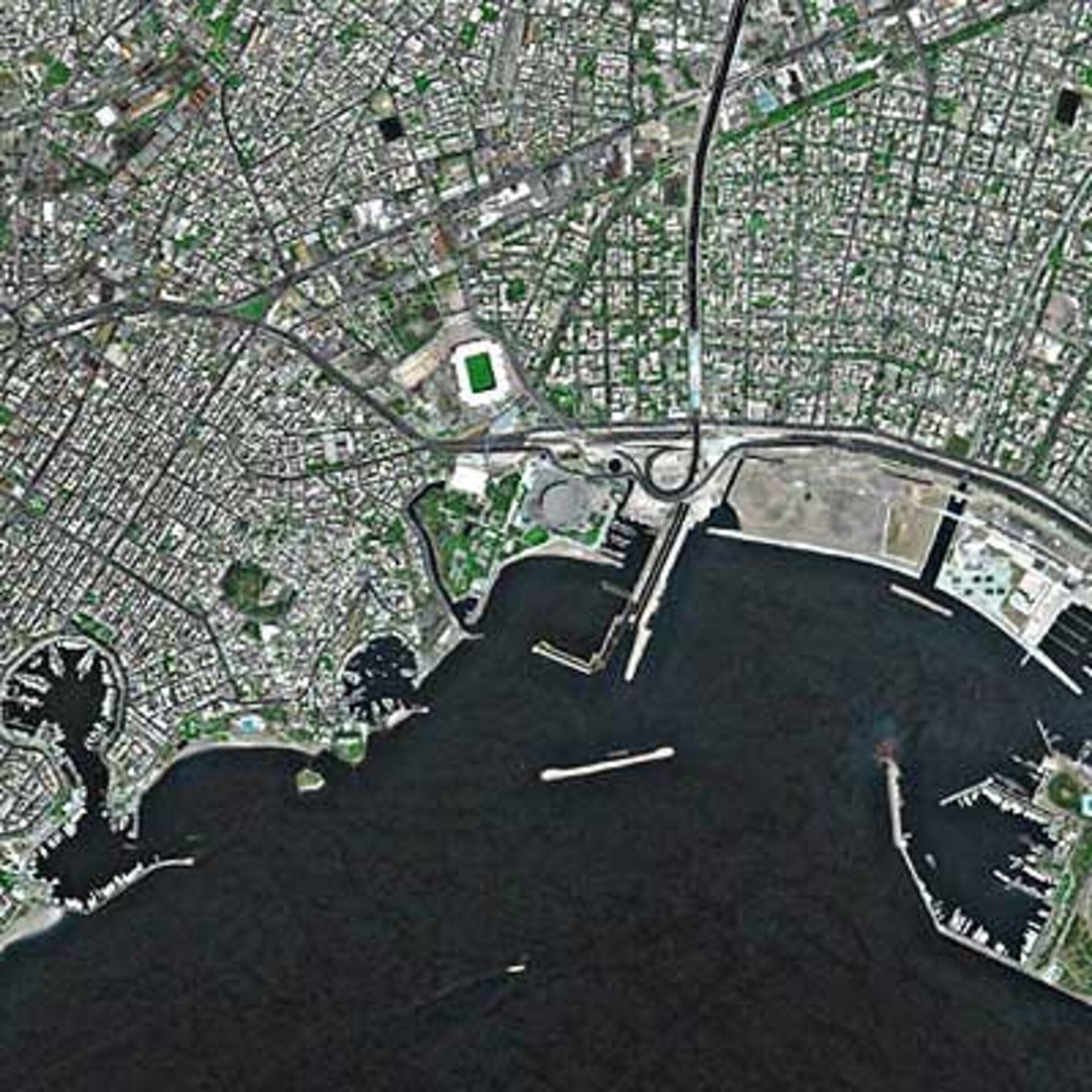 The first image – a sprawling stadium complex surrounded by suburbs, with a main road above it - is the Athens Olympic Sports Complex in Maroussi, including the Olympic Stadium which hosts the opening and closing ceremonies, the athletics events and the football gold medal match. Also within the Complex is the Olympic Indoor Hall, where the basketball finals take place, the Olympic Tennis Centre and the Olympic Velodrome.

The second image visited is the 6500-seater Galatsi Olympic Hall - in the suburb of Galatsi northwest of Athens – completed in May to host the table tennis and gymnastics events.

The fourth image on show – with open green space to its top left - is the Nikaia Olympic Weightlifting Hall. Located in the southwest of the Attica region, this indoor gym building hosts a sport very popular with the host country.

The fifth image shows the distinctive all-marble contours of Panathinaiko Stadium, hosting archery events as well as the marathon events, and site of the first modern Olympics in 1896. To the left of the Stadium stands the famous Acropolis Hill, upon which stand numerous ancient monuments including the large white mass of the Parthenon, and on the slopes just below it, left, the half-circle-shaped Odeum of Herod Atticus, and to the right the Theatre of Dionysus.