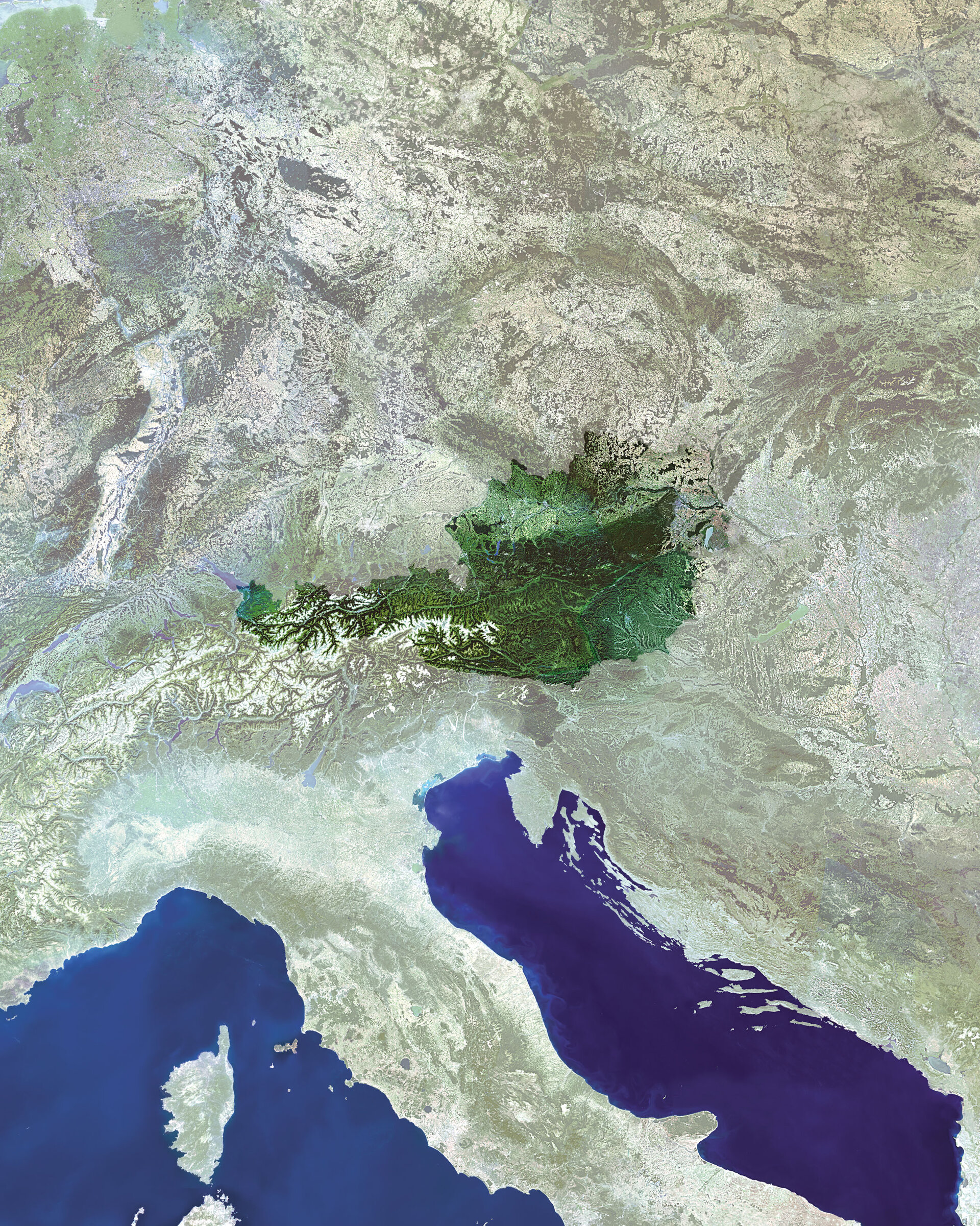 The landlocked country of Austria, depicted in true colour by a mosaic of Envisat Medium Resolution Imaging Spectrometer (MERIS) imagery.

Set at the heart of Central Europe, the 83870-square-kilometre territory of this ancient nation is made up of the snow-capped mountains of the Alps to the west and south.

Salzburg in Austria, to the west of the country near the German border, is the location for a special symposium starting this Monday on early results from ESA's ten-instrument Envisat satellite.

More than 700 scientists from 50 countries are due to gather at the Envisat Symposium to address almost all fields of Earth science, including atmospheric chemistry, coastal studies, radar and interferometry, winds and waves, vegetation and agriculture, landslides, natural risks, air pollution, ocean colour, oil spills and ice.

This mosaic was put together using MERIS imagery in Full Resolution mode, with a resolution of 300 metres.