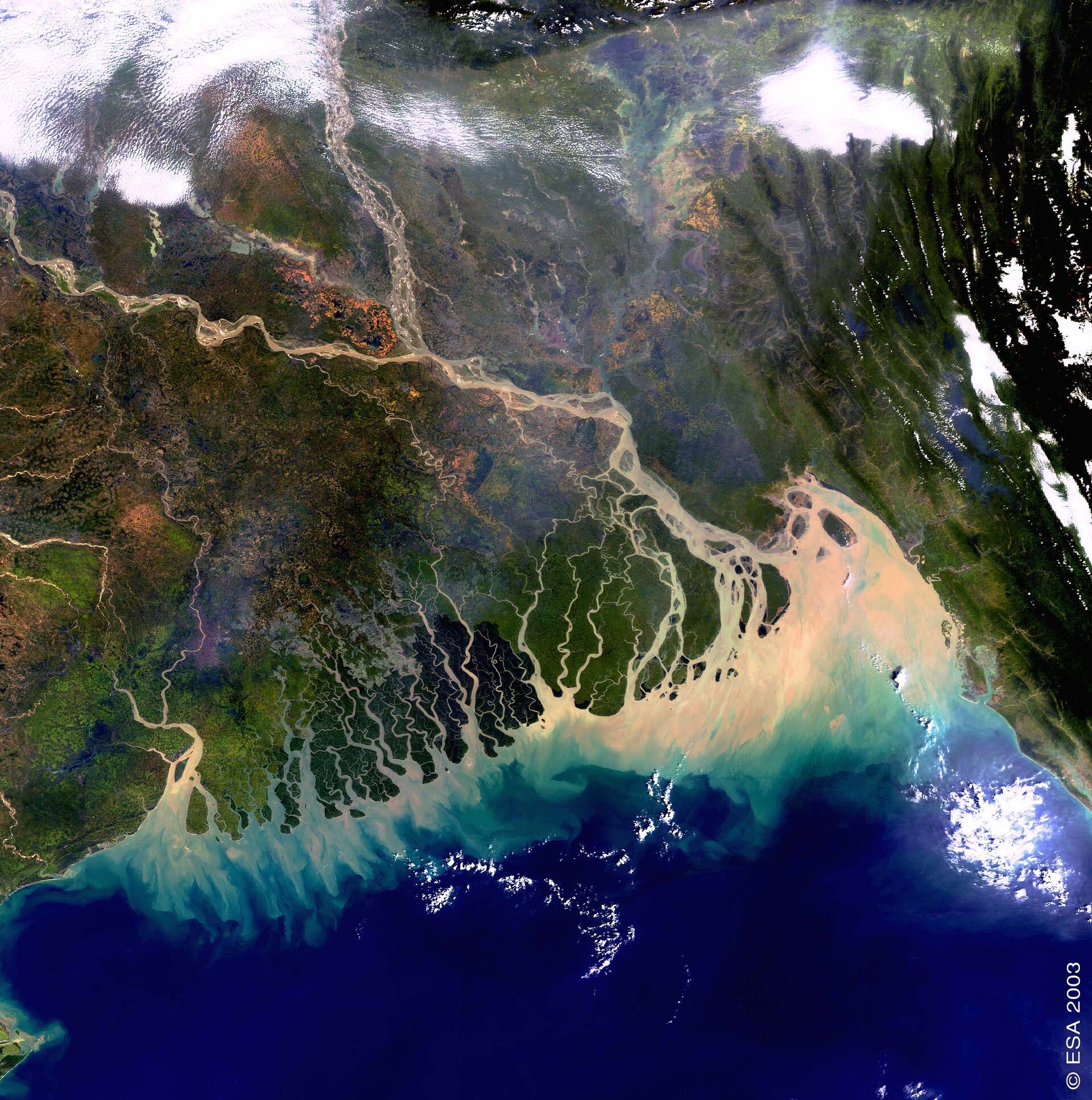 A colourful view of the Bangladesh coastline to mark the week of ESA's Envisat environmental satellite's third anniversary in orbit.

The Ganges is the most important river of the Indian subcontinent. It flows through Bangladesh into the Bay of Bengal in the Indian Ocean. Several distributaries form a vast network of waterways and one of the world's largest, most fertile deltas.

Because the discharge includes large deposits of sediments - as can be seen in the brown colour in the image - the delta continues to expand into the Bay. This country, flat and low-lying is subject to annual flooding.

India's hill states are seen in the right part of the image rising to more than 2000 metres. The hill slopes are covered with dense evergreen forests and narrow rivers run through gorges in the hills.

Launched from Kourou in French Guiana on the night of 28 February 2002, Envisat is the largest Earth Observation spacecraft ever built.

It carries ten sophisticated optical and radar instruments to provide continuous observation and monitoring of the Earth's land, atmosphere, oceans and ice caps. The mass of data returned by its suite of instruments are also facilitating the development of a number of operational and commercial applications.

Envisat has now completed its 15700th orbit, meaning it has travelled approximately 700 million kilometres since its launch. Every day its observations generate 240 Gigabytes of data. Some 200 Terabytes of data have so far been gathered in total.

Around 750 scientific projects worldwide are currently served by Envisat data, addressing almost all fields of Earth science. Added to that are commercial and operational users, including the initial services of the Global Monitoring for Environment and Security (GMES) partnership between ESA and the European Commission.