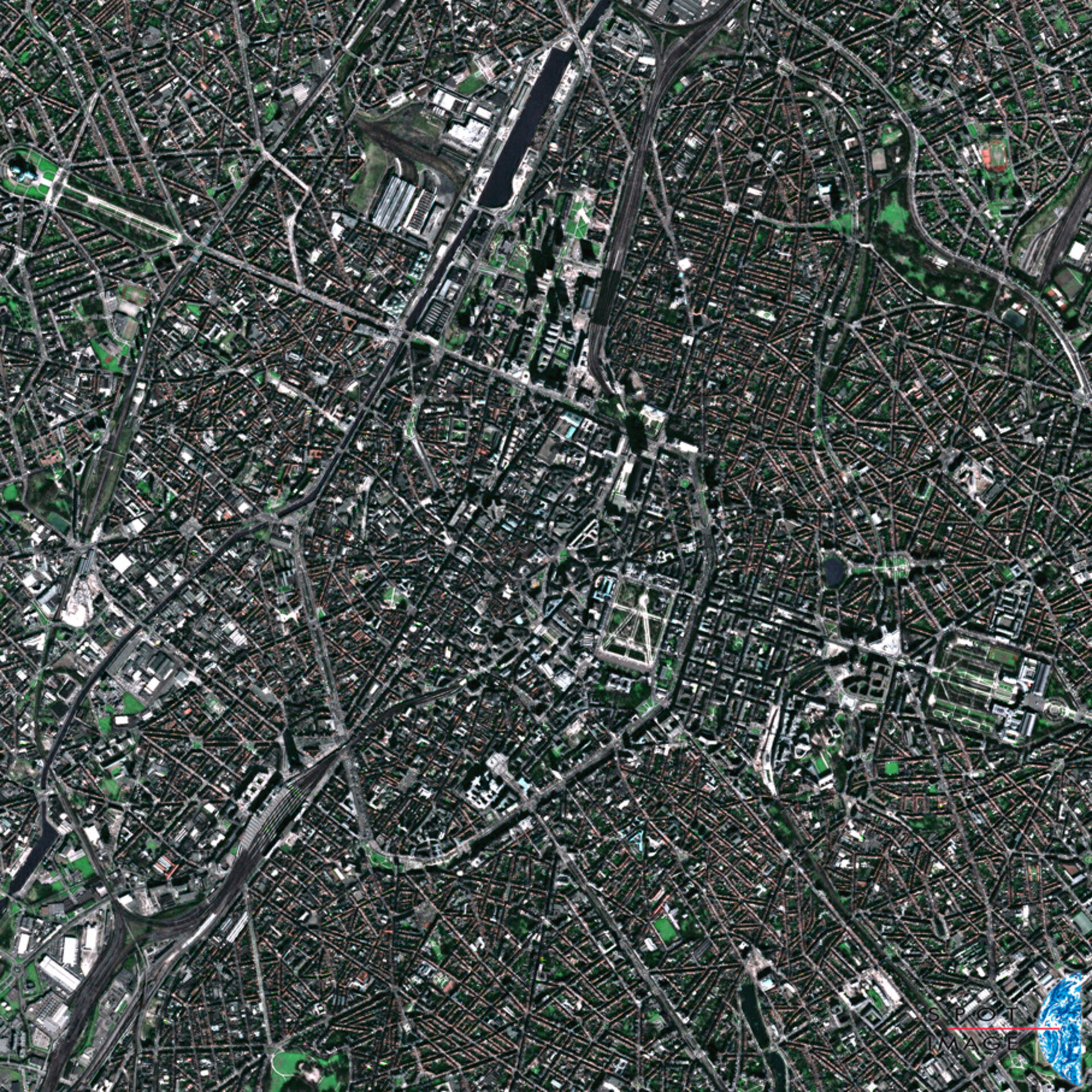 The image shows Brussels, capital of Belgium and site of Earth & Space Week, as seen from France's Spot-5 satellite.

The centre of Brussels is enclosed within a circular motorway called the 'Petit Ring', clearly visible in the image. On the right hand side of the centre is the large Parc Royal. Just above it is the Palace de la Nation, the Federal Parliament of Brussels. To the west of the Parc is the Central Railway Station, and just on from that is the Grand Place, the historic main square of the city.

The nine-day Earth & Space Week, taking place between 12 and 20 February 2005, is a joint ESA and European Commission (EC) initiative to show how Earth Observation and Space improve quality of life on our planet. The Week includes cultural, recreational and educational activities, a major public exhibition, and high-level policy-related events.

The Week combines four events, starting with the public Earth & Space Week Expo, featuring exhibits and displays linked to Earth Observation and space exploration. The Expo is taking place at Autoworld in the Parc du Cinquantenaire, visible in the image about two thirds of the way down its right side.

Just ahead of its western end, on Rond-Point Schuman, is placed the Earth & Space Week Sphere, a 20-metre-diameter internally lit projection screen set to display breathtaking images of our planet and the solar system it inhabits. Next to Rond-Point Schuman can be seen the large white-roofed European Commission's Charlemagne building, with the headquarters of the EC Council of Ministers facing it on the southern side of the roadway.

Having finalised their ten-year GEOSS implementation plan, more than 50 representatives of world governments will meet at the same location on the following day. This Third Earth Observation Summit – the first to take place in Europe - is to expected to endorse this much-anticipated plan as well as discuss additional ways to co-ordinate Earth Observation strategies and research.

Then on 17 and 18 February occurs the International Conference on Cooperation in Space, with delegates from some 50 countries and 30 international organisations expected to attend. With the theme of 'Winning through cooperation: sharing the benefits of space', the Conference is taking place in the historic Palais d'Egmont.

The Palais is located within the city centre, seen on the image a little way south of the Parc Royal and north of the Palais de Justice, towards the bottom right of the Petit Ring.