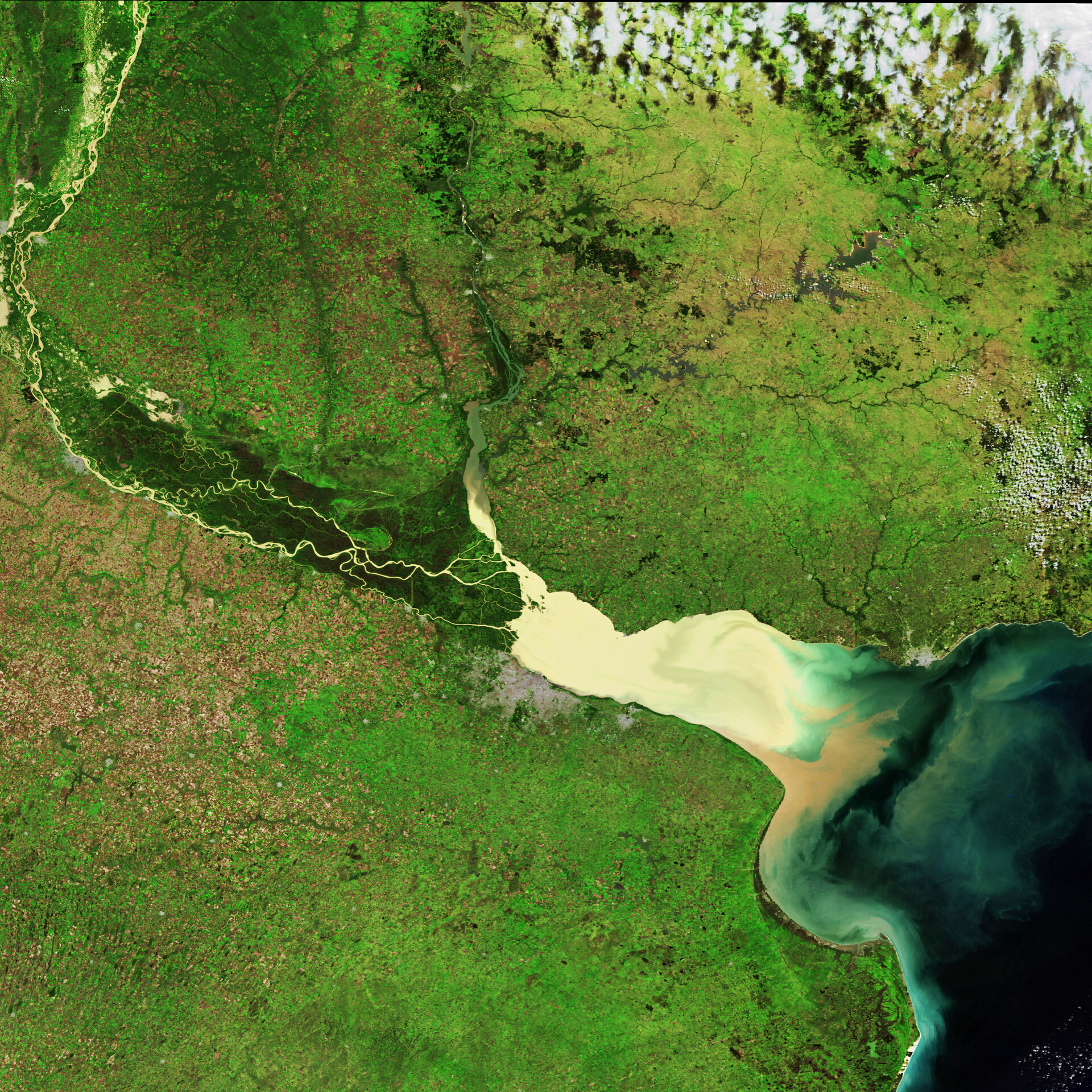 Buenos Aires, the coastal capital of Argentina as seen in this Envisat image, is about to host an international conference on progress being made to implement the Kyoto Protocol.

The 1997 Kyoto Protocol of the United Nations Framework Convention on Climate Change seeks to mitigate the effects of climate change by setting targets for reduction of greenhouse gases. Following the decision of Russia's State Duma to ratify the Convention the Kyoto Protocol is finally on the verge of entering into force.

From 6 to 17 December governments are set to discuss their efforts to achieve their Kyoto targets and other activities to address climate change. Taking place at 'La Rural' exhibition centre in Buenos Aires, the conference is called the Tenth Session of the Conference of the Parties (COP 10) to the United Nations Framework Convention on Climate Change.

With space imagery and data increasingly being employed in support of the Kyoto Protocol, a delegation from ESA is attending COP 10.

Buenos Aires is situated on the shores of the wide sediment-heavy River Plate. It forms one of the most dramatic national borders in South America, separating Argentina and Uruguay.

Home to 12 million people, the large conurbation of Buenos Aires is seen as a distinct grey area on the southern bank of the River Plate, with the smaller purpose-built provincial capital of La Plata just to its east.

The Uruguayan capital of Montevideo is another smaller grey mass on the north side, on the mouth of the River Plate. The city has a population of 1.3 million, representing around half of that country's population.

The River Plate or Rio de la Plata means 'Silver River', a name referring to supposed inland treasures rather than its murky colour. Some 57 million cubic metres of sediments are transported from upstream into the River Plate annually. Distinctive swirls are formed as this silty river water mixes with clearer ocean water.

It is an estuary formed from the combination of the Parana and Uruguay rivers, both of which can be seen in the image: the Parana clearly threads through green forested marshland to enter the River Plate from the left side, while the slightly less distinct Uruguay flows roughly north-south to join the River Plate from above. The course of the Uruguay River delineates the land border between Uruguay and Argentina.

This image was acquired on April 17 2004 by Envisat's Medium Resolution Imaging Spectrometer (MERIS), working in full resolution mode with a spatial resolution of 300 metres.