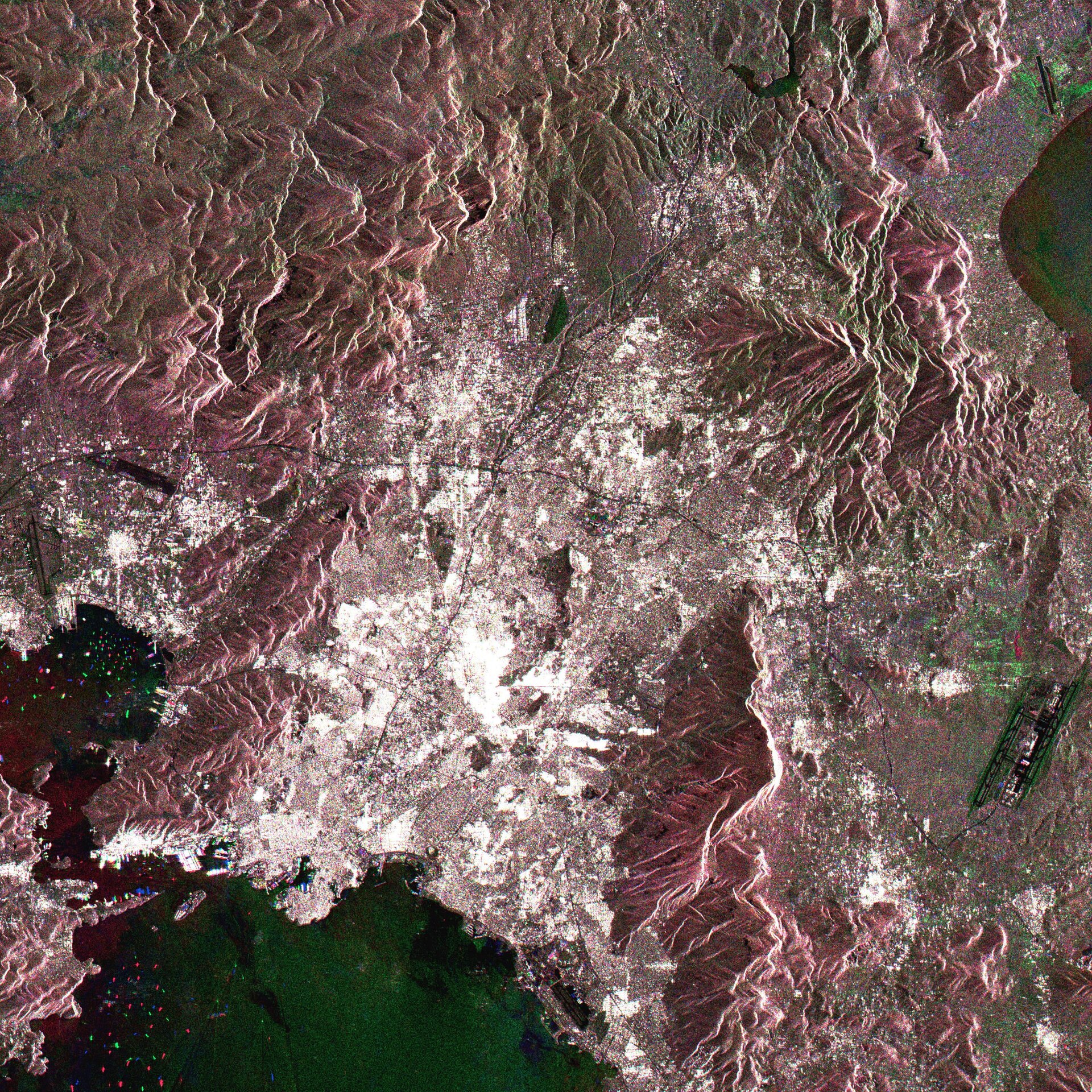 There are 13 peripheries making up the country, nine on the mainland and four island groups. Sterea Hellas is the middle part of Greece, and includes Athens, site of the Olympic Games due to begin this Friday. Radar imagery records signal backscatter strength and therefore surface roughness, seen most clearly in the contrast between the smooth sea and textured land.

Cities reflect radar extremely well, due to their numerous artificial corners and flat surfaces, and Athens is visible as a large white area. Looking closely at this area, numerous Olympic sites can be distinguished within it. These include the Oympic Village at the northern extent of the Athens conurbation, and the Parnitha Olympic Mountain Bike Venue due west of it.

Below the latter on the coast are the Faliro Coastal Zone Olympic Complex and the jetties of the Agios Kosmas Olympic Sailing Centre, further right. The runways of the new Athens International Airport are visible to the east of the city (centre right side of the image), and appearing like a straight line in the landscape over by the top right of the image is the Schinias Olympic Rowing and Canoeing Centre (see the link to Olympic venues map).

Ships show up as well using radar, as seen just to the left of Athens at the natural harbour of Pireás, where intense naval traffic can be observed.

The image is made up of three ASAR images acquired on different dates, with separate colours assigned to each acquisition to highlight differences between them: green for 26 April 2003, red for 5 July 2003, blue for 18 October 2003. It was acquired in Image Mode Precision, with a resolution of 30 metres.