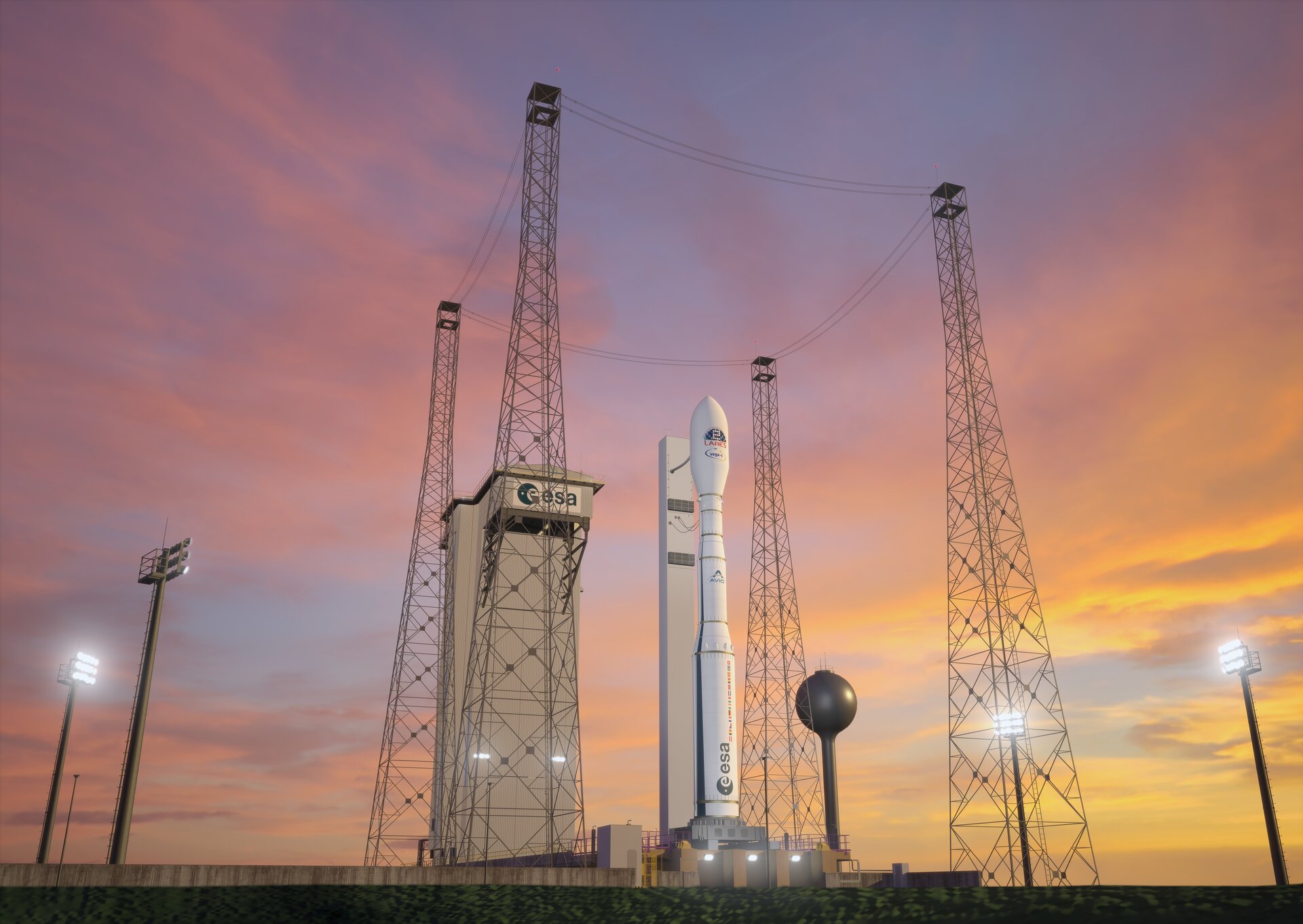 A contract signed today between ESA and Arianespace has ensured rides into orbit for five Copernicus Sentinels: Sentinel-1D, Sentinel-2C, Sentinel-3C, and the Copernicus Anthropogenic Carbon Dioxide-A and -B satellites. All the satellites will be launched on Vega-C rockets from Europe’s Spaceport in French Guiana and are scheduled to take place between 2024 and 2026.

The contract not only marks an important milestone in the continuity of the Sentinel missions and the European Union’s Copernicus programme, but also Europe’s autonomous access to space.

It follows the European Union’s Framework Contract for Launch Services with Arianespace, signed on 29 November 2022.

ESA signed today’s contract with Arianespace in the name of and on behalf of the European Union, represented by the European Commission.

Copernicus is the largest provider of Earth observation data in the world – and key to the success of the programme is the suite of Sentinel satellite missions developed by ESA.

The first three Sentinel missions were each designed to operate as a pair of identical satellites, orbiting 180 degrees apart for optimal repeat observations of the planet and data delivery.

Each mission carries different instruments to deliver a wealth of data to feed a range of environmental services offered through the Copernicus programme, which helps address some of today’s toughest environmental challenges such as food security, rising sea levels, diminishing ice, natural disasters, and the overarching issue of the climate crisis.

To ensure continuity of data, the Sentinel-1, Sentinel-2 and Sentinel-3 missions were each conceived as four-satellite missions; first the A and B satellites working in tandem and subsequently replaced by the C and D satellites.

This new contract covers the launch of Sentinel-1D in the second half of 2024.

The contract also covers the launch of Sentinel-2C in mid-2024.

The launch of Sentinel-3C, also included in the contract, is envisaged to take place in 2024–2025.

The satellites each carry a suite of cutting-edge instruments that measure Earth’s oceans, land, ice and atmosphere to monitor and understand large-scale global dynamics.

The mission provides essential information in near-real time for ocean and weather forecasting.

The CO2M satellites will each carry a near-infrared and shortwave-infrared spectrometer to measure atmospheric carbon dioxide produced by human activity.

This will provide a unique and independent source of information to assess the effectiveness of policy measures, and to track their impact towards decarbonising Europe and meeting national emission reduction targets. CO2M-A and CO2M-B are scheduled to be launched in 2025–2026.

The precise launch periods for the five satellites will be reviewed by Arianespace, ESA and the European Commission, based on the Arianespace launch manifest and the priorities for the Copernicus Programme.

ESA’s Director of Earth Observation Programmes, Simonetta Cheli, said, “ESA is thrilled to continue its collaboration with this trusted European launch service, which has been safely placing Europe’s precious Copernicus Sentinels in orbit for several years now. Beyond the reliability of the service, we warmly welcome Arianespace’s cooperative approach to assisting us with the busy Sentinel launch schedule.

“This new contract to launch five Copernicus Sentinel satellites on the new Vega-C rockets is an important step in not only ensuring continuity of the Sentinel-1, -2, and -3 missions and the data they provide for applications and science, but also for the new CO2M mission.

Arianespace’s Chief Executive Officer, Stéphane Israel, said, “One week after the signature of the Framework Contract with the European Commission (DG DEFIS), I am thrilled to ink, today, this specific contract with ESA’s Director of Earth Observation Programmes, for five new Vega C launches.”

“It underlines the ability of Vega-C to answer the needs of the Copernicus programme as well as Arianespace’s will to be up to its mission, to guarantee, together with ESA and the European Union, sovereign access to space for Europe.”

Vega-C is a single body rocket nearly 35 m high with a mass at liftoff of 210 tonnes. It can place about 2300 kg in a reference 700 km-polar orbit. Using a new range of payload carriers, Vega-C can accommodate a mix of cargo shapes and sizes, ranging from CubeSats as small as one kilogram up to a single large payload such as a Sentinel satellite.

“The successful inauguration flight paved the way for Vega-C to win the confidence of European institutions and commercial customers. All the work done by ESA and our partners to realise this new and versatile launch system is delivering an optimal solution for a fast-changing market, starting with Earth Observation.”