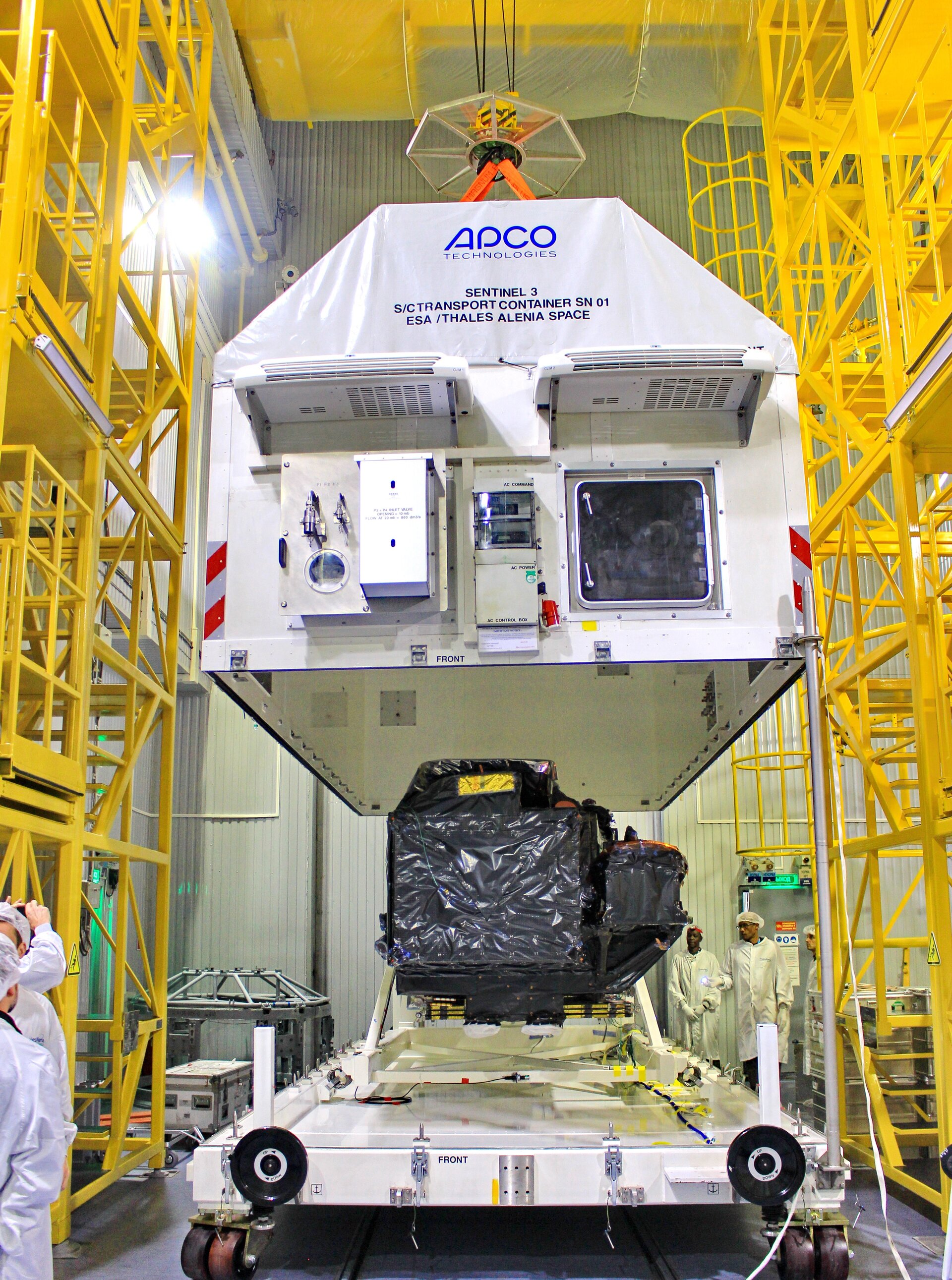 With the Sentinel-3B satellite now at the Plesetsk launch site in Russia and liftoff set for 25 April, engineers are steaming ahead with the task of getting Europe’s next Copernicus satellite ready for its journey into orbit.

After arriving at the launch site on 18 March, the satellite has been taken out of its transport container and is being set up for testing.

“With the aid of a crane, our baby has been removed from its transport container. We have also been very busy unpacking the array of equipment we need to test the satellite and make it ready to join its Rockot launcher.”

Sentinel-3B will join its twin, Sentinel-3A, in orbit. The pairing of identical satellites provides the best coverage and data delivery for Europe’s Copernicus programme – the largest environmental monitoring programme in the world.

The satellites carry the same suite of cutting-edge instruments to measure oceans, land, ice and atmosphere.

Feeding a new generation of data products, the Sentinel-3 mission is at the heart of operational oceanography.

For example, it provides measurements to monitor aquatic biological productivity and marine pollution, to map sea-level change and to forecast the sea state for efficient and safe ship routeing.

As well as measuring the oceans, the mission also delivers unique and timely information about changing land cover, vegetation, urban heat islands, and for tracking wildfires.