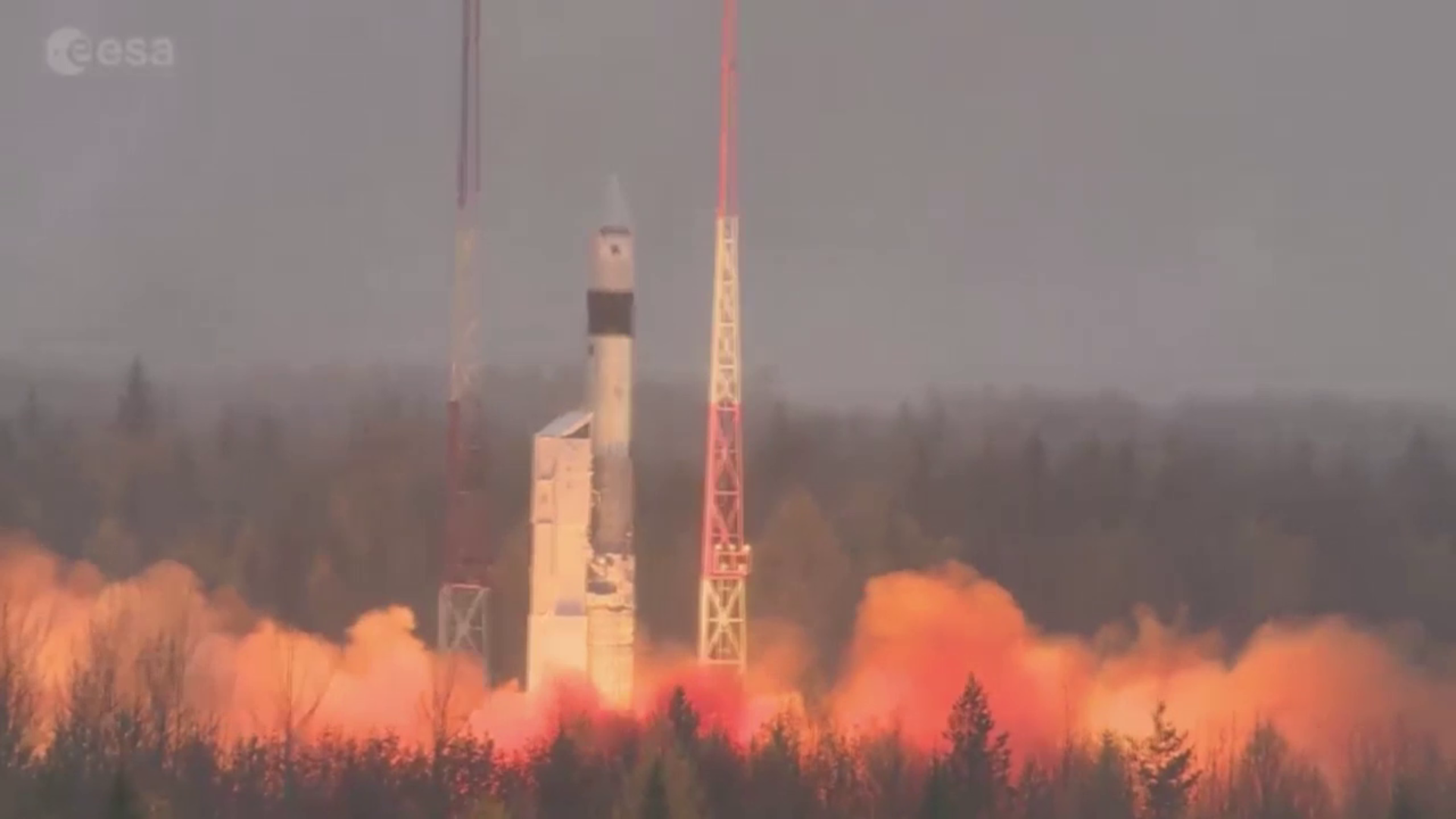 The first Copernicus mission dedicated to monitoring our atmosphere, Sentinel‑5P, has been launched from the Plesetsk Cosmodrome in northern Russia.

The first stage separated 2 min 16 sec after liftoff, followed by the fairing and second stage at 3 min 3 sec and 5 min 19 sec, respectively. The upper stage then fired twice, delivering Sentinel-5P to its final orbit 79 min after liftoff.

After separating from the upper stage, Sentinel-5P deployed its three solar panels and began communications with Earth. The first signal was received 93 min after launch as the satellite passed over the Kiruna station in Sweden.

Telemetry links, command and control were then established by controllers at ESA’s operations centre in Darmstadt, Germany, allowing them to monitor the health of the satellite.

The launch and the early orbit phase will last three days, during which controllers will check the satellite’s key systems and configure it for flight in space. 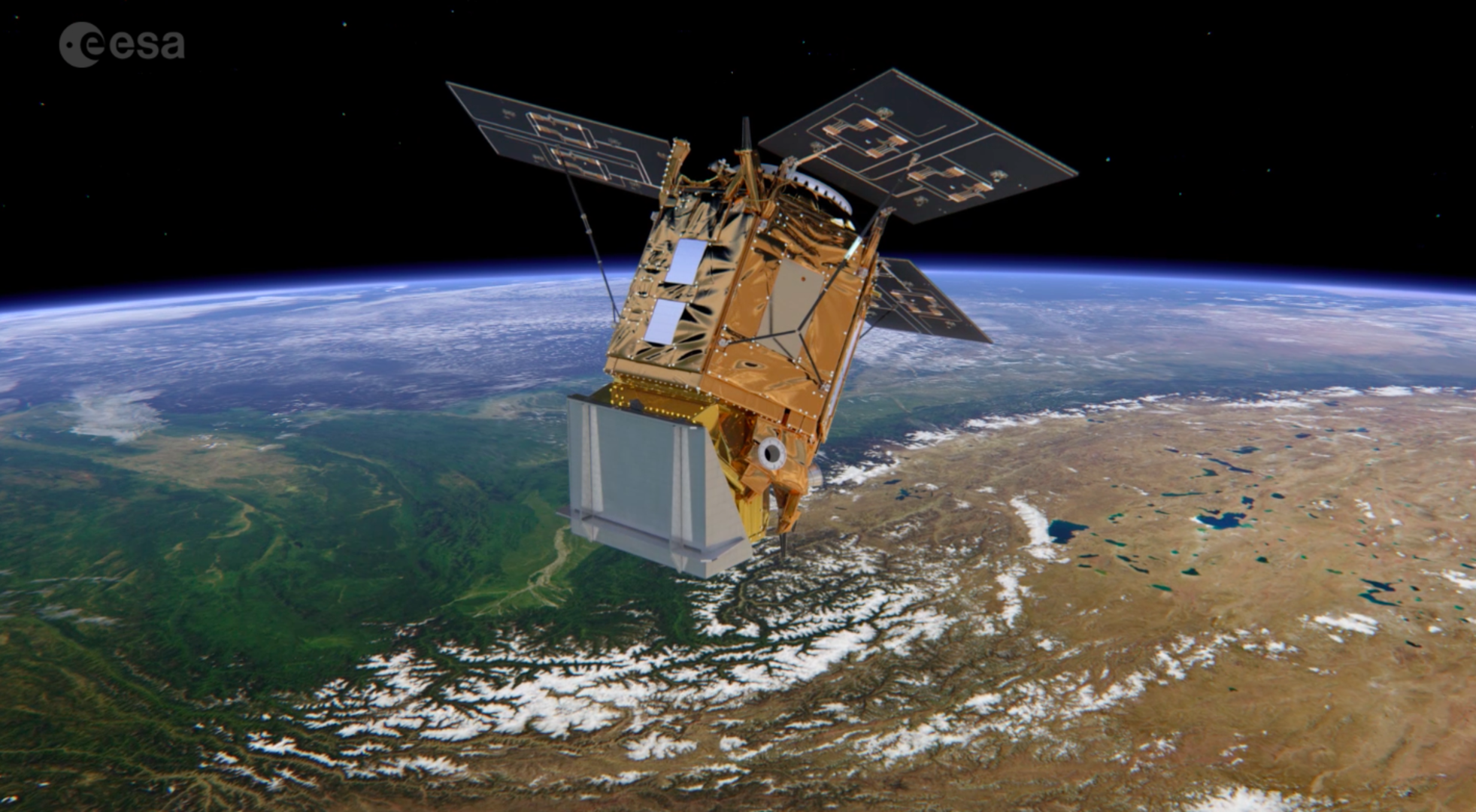 Following this, a commissioning phase will check all elements of the satellite’s systems and the main instrument will be decontaminated. Once completed after a few weeks, the cooler door will be opened and the calibration and validation of Sentinel-5P’s main Tropomi instrument will be performed.

The mission is expected to begin full operations six months from now.

“Launching the sixth Sentinel satellite for the Copernicus programme is testament to the extensive competence we have here at ESA, from its moment of conception to well into operations,” said ESA Director General Jan Woerner.

“The Sentinel-5P satellite is now safely in orbit so it is up to our mission control teams to steer this mission into its operational life and maintain it for the next seven years or more.”

Sentinel-5P – the P standing for Precursor – is the first Copernicus mission dedicated to monitoring our atmosphere.

The mission is one of six families of dedicated missions that make up the core of Europe’s Copernicus environmental monitoring network. Copernicus relies on the Sentinels and contributing missions to provide data for monitoring the environment and supporting civil security activities. Sentinel-5P carries the state-of-the-art Tropomi to do just that.

Developed jointly by ESA and the Netherlands Space Office, Tropomi will map a multitude of trace gases such as nitrogen dioxide, ozone, formaldehyde, sulphur dioxide, methane, carbon monoxide and aerosols – all of which affect the air we breathe and therefore our health, and our climate.

Sentinel-5P was developed to reduce data gaps between the Envisat satellite – in particular the Sciamachy instrument – and the launch of Sentinel-5, and to complement the GOME-2 sensor on the MetOp satellite.

“Having Sentinel-5P in orbit will give us daily and global views at our atmosphere with a precision we never had before,” said Josef Aschbacher, ESA’s Director of Earth Observation Programmes.

“Our historic data records, together with the long-term perspective of the Copernicus satellite programme, opens the doors for generating datasets spanning decades – a prerequisite to understanding our ever-changing Earth. ”

In the future, both the geostationary Sentinel-4 and polar-orbiting Sentinel‑5 missions will monitor the composition of the atmosphere for Copernicus Atmosphere Services. Both missions will be carried on meteorological satellites operated by Eumetsat.