New maps that use information from the Copernicus Sentinel-5P satellite reveal emissions of nitrogen dioxide along a Siberian natural gas pipeline that connects the Urengoy gas field – the second-largest gas field in the world – with Europe.

The Urengoy–Pomary–Uzhhorod pipeline is one of Russia’s main natural gas export pipelines. In order to maintain the pressure and flow over long distances, a series of compressor stations are strategically placed to help push the gas along.

Compressor stations typically run on gas-powered turbines, and their high-temperature combustion usually leads to small quantities of nitrogen dioxide emissions being lost to the atmosphere.

Until now, it has proved difficult to measure trace-gas concentrations over snow-covered regions such as Siberia, northern Europe and Canada, as it has been very difficult to distinguish clouds from snow and ice in the data retrieval algorithms – considering snow and clouds appear equally bright and cold.

This reduced the number of months in which nitrogen dioxide could be measured at high altitudes, because satellite measurements were only trusted in summer months, once the snow had melted.

If a bright ‘spot’ is detected very close to the height of the surface, it is presumed to be an ice or snow, or in extreme cases, very low-lying clouds such as fog.

When scientists from KNMI began to investigate these measurements, they quickly noticed a string of spots of nitrogen dioxide, in an otherwise remote area of northern Siberia.

“By using Google Earth, we could identify small industrial complexes along with what appeared to be a pipeline. By comparing maps of gas pipelines, Google Earth and street view images, we quickly determined that it was the Urengoy natural gas pipeline and gas compressor stations,” says Jos de Laat from KNMI.

“We estimate the nitrogen dioxide emissions are typically 10—30 tonne(N)/month, a small amount. These results show what the high-spatial resolution of Tropomi combined with new and innovative detection methods, can do,” adds Ronald van der A also from KNMI.

Josef Aschbacher, Director of ESA’s Earth observation programmes, comments, “We think, that these new results will offer new exciting possibilities for detecting smaller-scale emissions, that we did not even know existed today. This will be another example that will lead to a better understanding of air quality.”

The Copernicus Sentinel-5P mission was launched in 2017 to map a multitude of air pollutants around the globe. With the high spatial resolution of Tropomi, it is able to detect the unique fingerprint of atmospheric gases to image air pollutants from space more accurately than ever before. 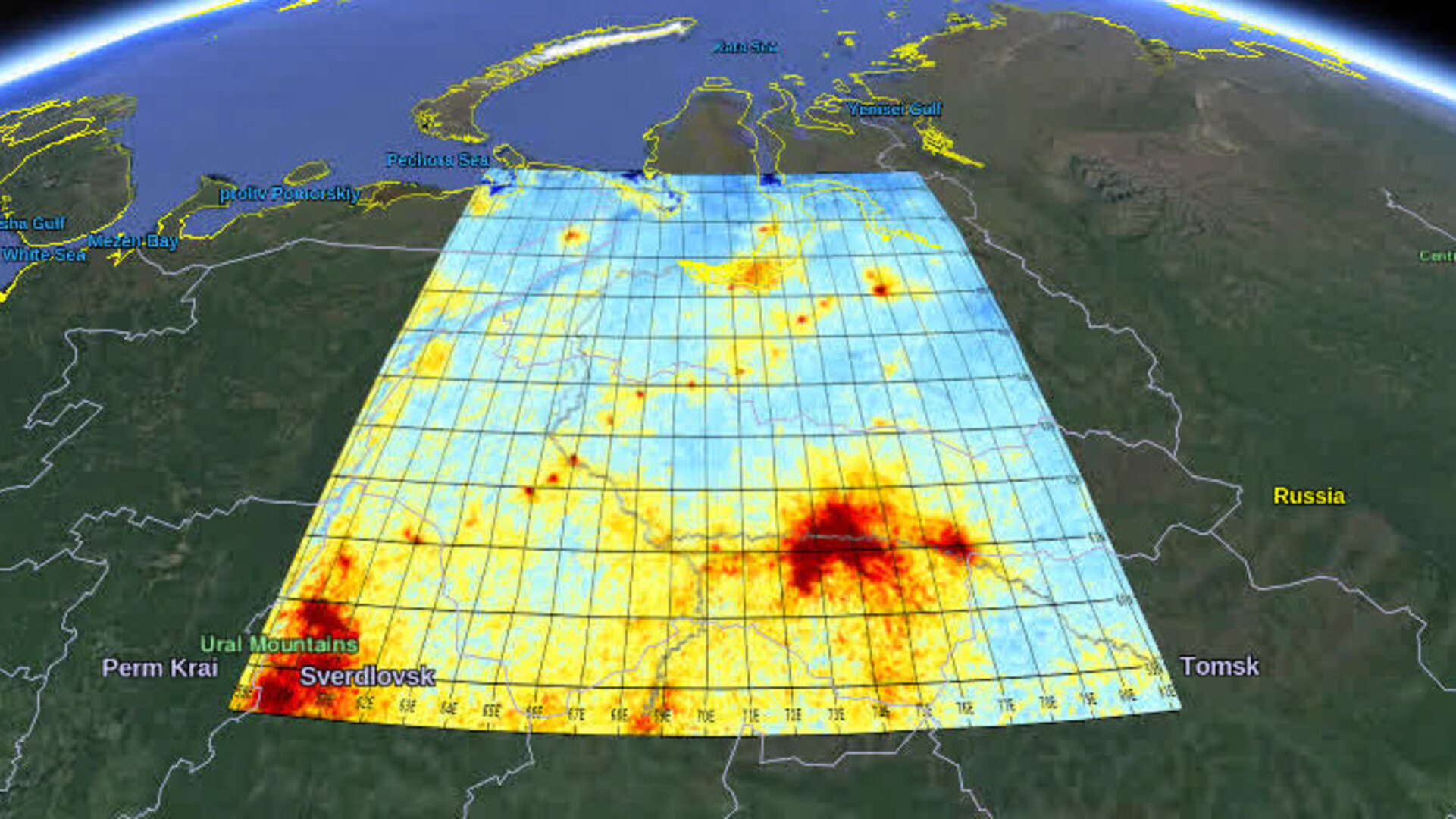 Connecting the dots of the Urengoy pipeline
Access the video