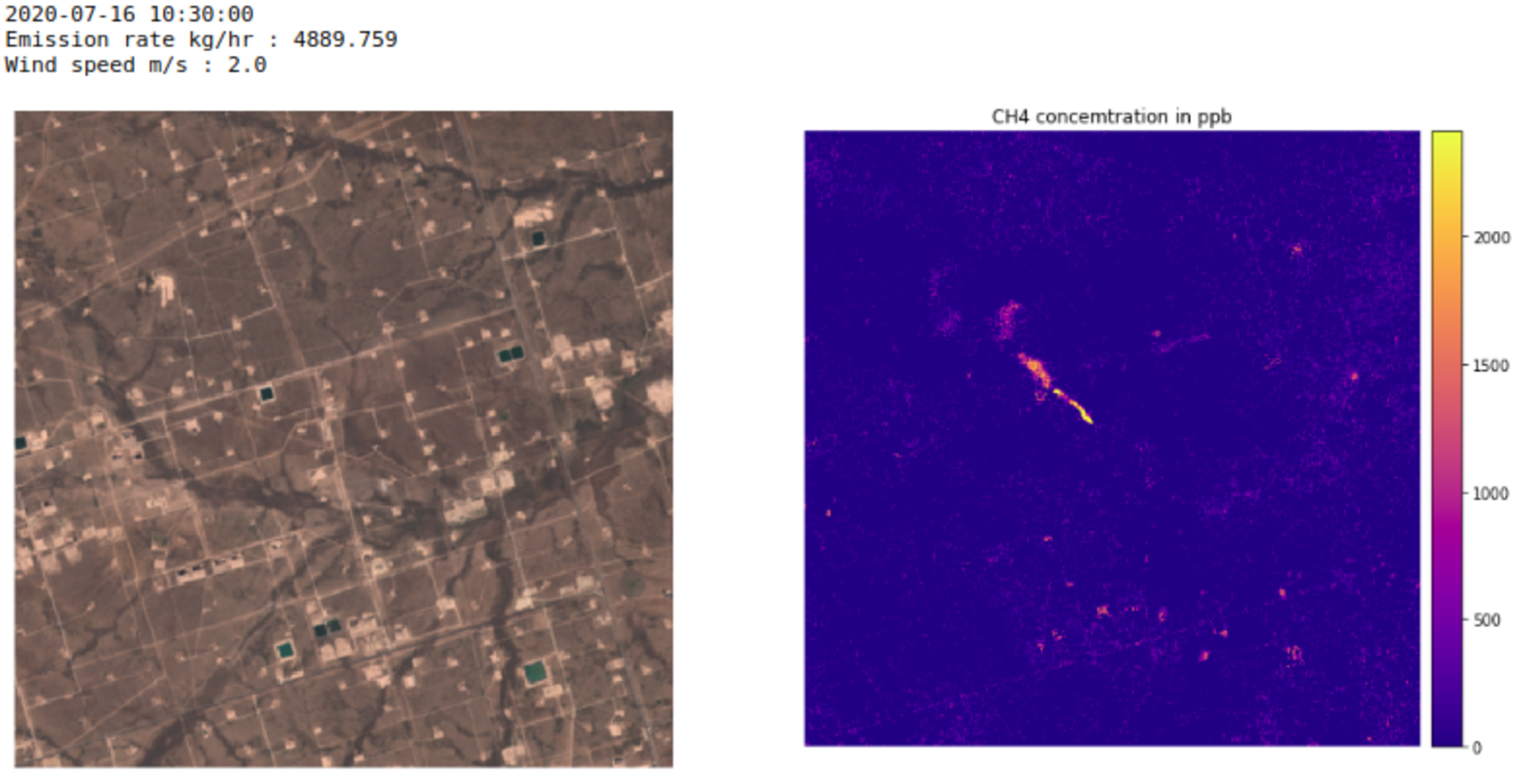 Scientists have used satellite data from the Copernicus Sentinel-2 mission, combined with the Sentinel-5P satellite, to detect individual methane emissions from space.

While carbon dioxide is more abundant in the atmosphere, and therefore more commonly associated with global warming, methane is more potent as a heat-trapping gas. It usually enters the atmosphere mainly from landfill sites, livestock farming, rice agriculture and the fossil fuel industry – particularly during coal, oil and gas extraction and transportation.

Until recently, no straightforward solution has existed to detect individual methane emissions and track them back to their original sources. The Copernicus Sentinel-5P satellite, launched in 2017, is the first Copernicus mission dedicated to monitoring the atmosphere and is the first satellite to provide regular imagery of Earth for emission detection. However, the spatial resolution of its measurements limited the ability to correctly attribute methane emissions to their sources.

Now, scientists from Kayrros, a European technology start-up, have succeeded in developing a tool that can accurately detect individual methane emissions. By combining data from the Sentinel-5P satellite with measurements from the Copernicus Sentinel-2 infrared spectral range channels, scientists can now easily detect, quantify and attribute methane emissions to their sources.

This was first demonstrated during the summer of 2020, when a methane leak occurred in the Permian Basin – a major shale oil and gas production region in the United States. The leak was detected and quantified on 24 September 2020 by an aerial campaign commissioned by the Environmental Defense Fund, a leading international non-profit organisation.

Despite being detected, it was impossible to identify when the leak had started or the volume of methane released. The combination of Sentinel-2 and Sentinel-5P satellite data, with Kayrros technology, was used to identify the leak.

Antoine Rostand, President of Kayrros, said, “The results showed that the leak began on 4 July 2020, and that it had been detected 12 times between that date and its final disappearance on 26 September. Using proprietary quantification algorithms, we ascertained that these 12 quantifications ranged between five and 20 tonnes of methane per hour.”

“Using Copernicus Sentinel-2 images for methane hotspot detection is a major technical breakthrough as the satellite was not initially designed for this particular purpose,” commented Claus Zehner, ESA’s Copernicus Sentinel-5P Mission Manager. “This is important for methane monitoring efforts as the use of these data allows for the constant monitoring of oil and gas production areas around the world and will support the implementation of the recently released European Commission Methane strategy.”