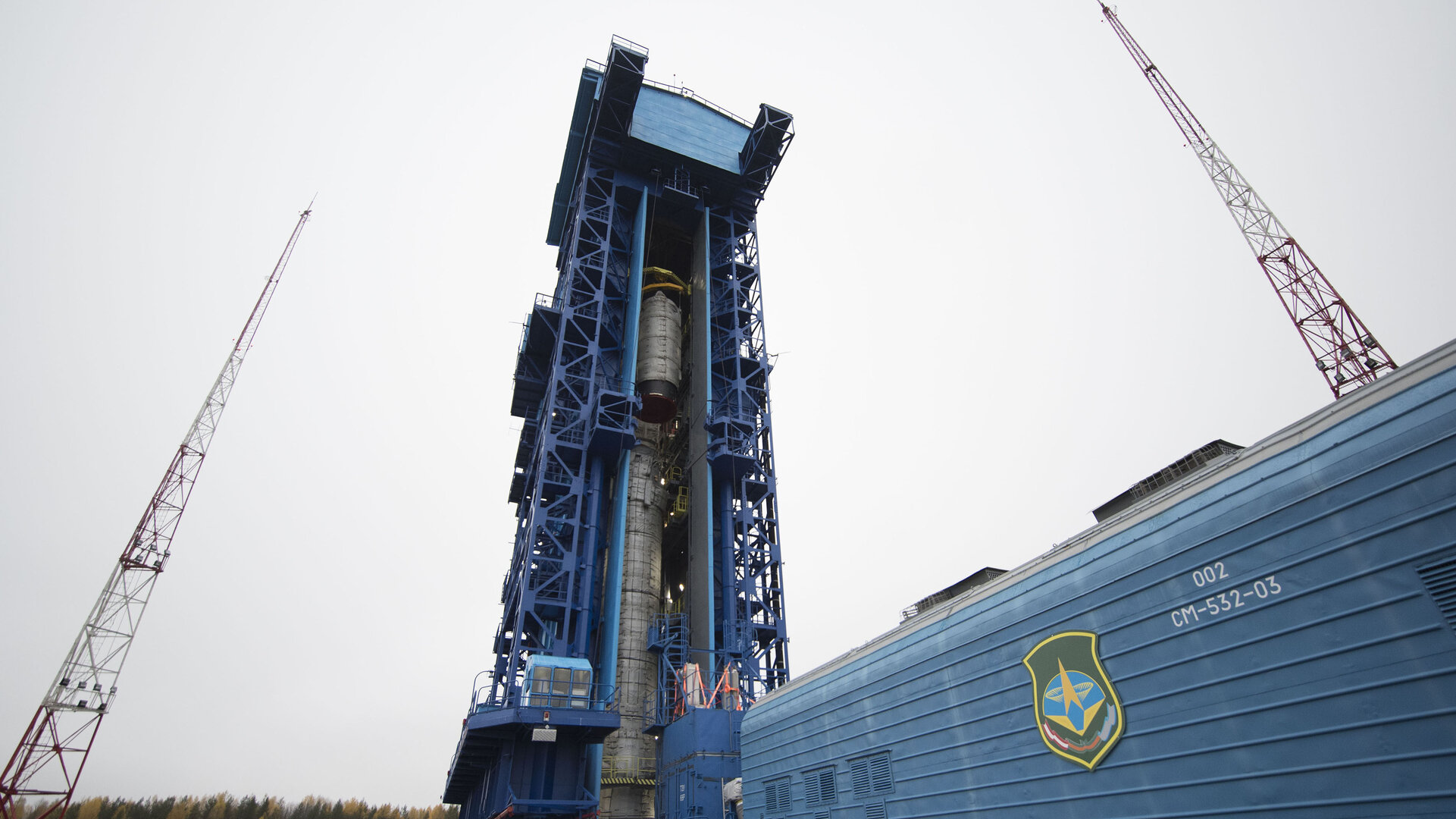 With four days to liftoff, the next Sentinel satellite is now on the launch pad at the Plesetsk Cosmodrome in northern Russia.

The Sentinel-5P satellite has been at the cosmodrome since early September going through a series of tests and being readied for the big day. After being sealed from view in the rocket fairing last week, it was rolled out to the launch pad on Saturday.

“This point in any project is always very emotional as most of the team have been working hard for many years, and it is the last time they will see their ‘baby’. I am proud to have such a dedicated team,” said Bill Simpson, the Sentinel-5P satellite and launcher manager.

“We are now preparing for the dress rehearsal and then launch. It is hard to believe we are so close to our goal.”

Once operational, Sentinel-5P will map the global atmosphere every day with a resolution as high as 7 × 3.5 km. At this detail, air pollution over cities can be detected.

The mission will contribute to EU Copernicus services such as volcanic ash monitoring for aviation safety and for services that warn of high levels of UV radiation which can cause skin damage. In addition, the measurements will improve our knowledge of important processes in the atmosphere related to the climate and to the formation of holes in the ozone layer.