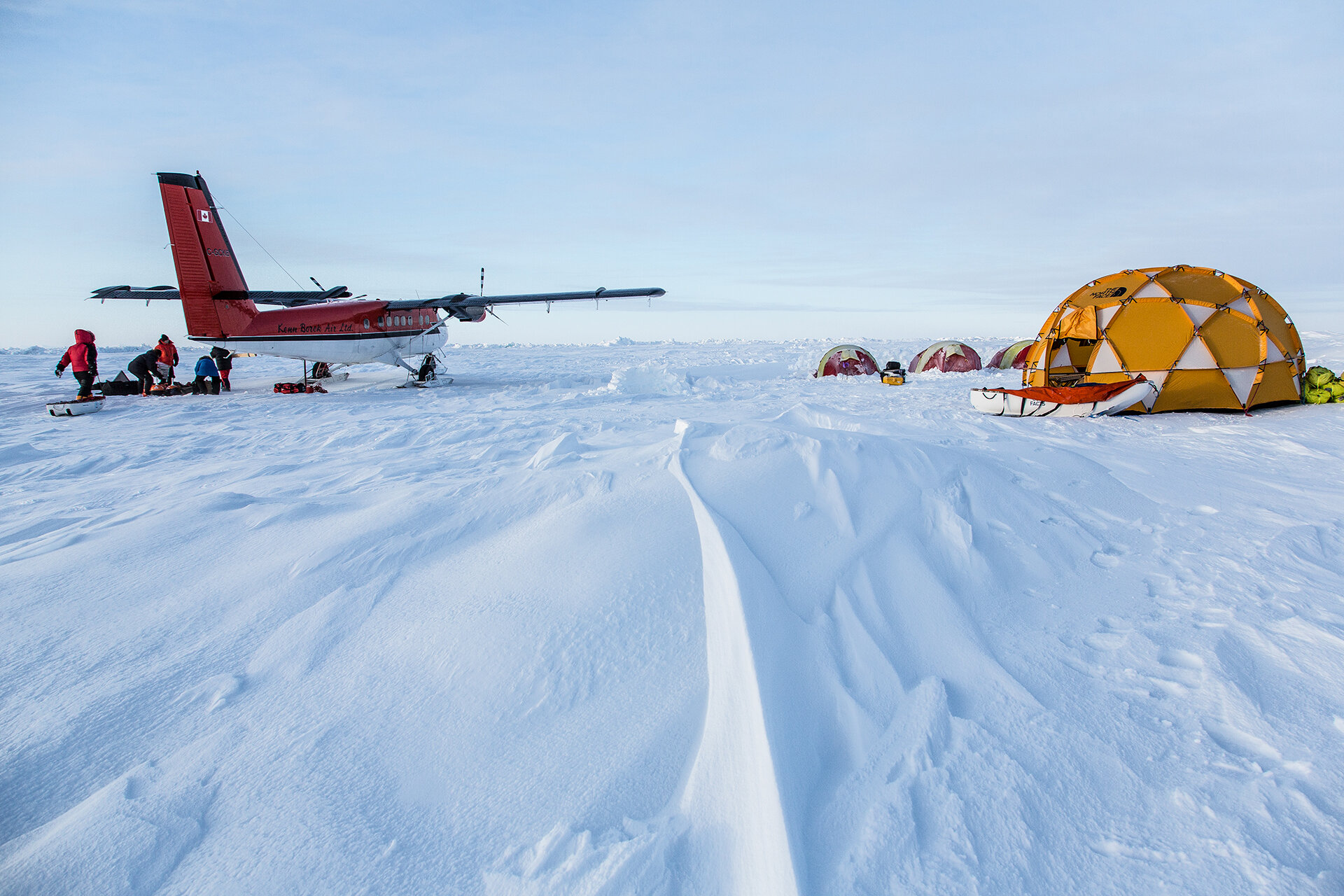 Since the aim of the CryoSat mission is to measure global changes in ice thickness down to a few centimetres a year it is hardly surprising that a lot of effort goes into making sure the data are as accurate as possible and that any possible errors are accounted for.

Errors could creep into the ice-thickness maps in a number of ways. For example, overlying snow is unavoidable when observing icy surfaces so the influence that layers of snow have on measurements taken by CryoSat has to be assessed very carefully.

There are many other examples of potential sources of error, including changes in snow wetness over time, the weight of snow on top of sea ice and variations in snow and ice density in any one area.

To understand and correct these potential errors means that large-scale expeditions to the polar regions have to be taken so that data on snow and ice properties can be collected.

ESA organises a number of these expeditions, both in the Arctic and Antarctic.

They are huge logistical undertakings, often involving taking simultaneous measurements from the air and on the ground by a large number of participating scientists from numerous institutes around the world.

On the ground, sophisticated equipment such as ground-radar and neutron probes, as well as more traditional techniques, such as digging snow pits and drilling through the ice, are used to measure snow and ice properties.

Instruments on aircraft used during these campaigns included laser scanners to map the height of the ice, an ice-thickness sensor called EM-Bird along with ESA’s sophisticated Asiras radar altimeter, which mimics CryoSat’s measurements.

NASA has also contributed to this international effort as part of their Operation IceBridge ice survey.

The airborne data are then compared to the measurements taken on the ground and to the actual satellite measurements to fully understand and correct for the main error sources.

In addition to the large-scale expeditions organised by ESA, several polar explorers, inspired by the CryoSat mission, have also volunteered to contribute by taking snow-depth and measurements during their treks across the Arctic.

All this groundwork represents an essential part of the mission and the data collected allows scientists to accurately interpret the variations in ice thickness with time observed by CryoSat so that the best possible trend in ice-thickness change over time is derived.