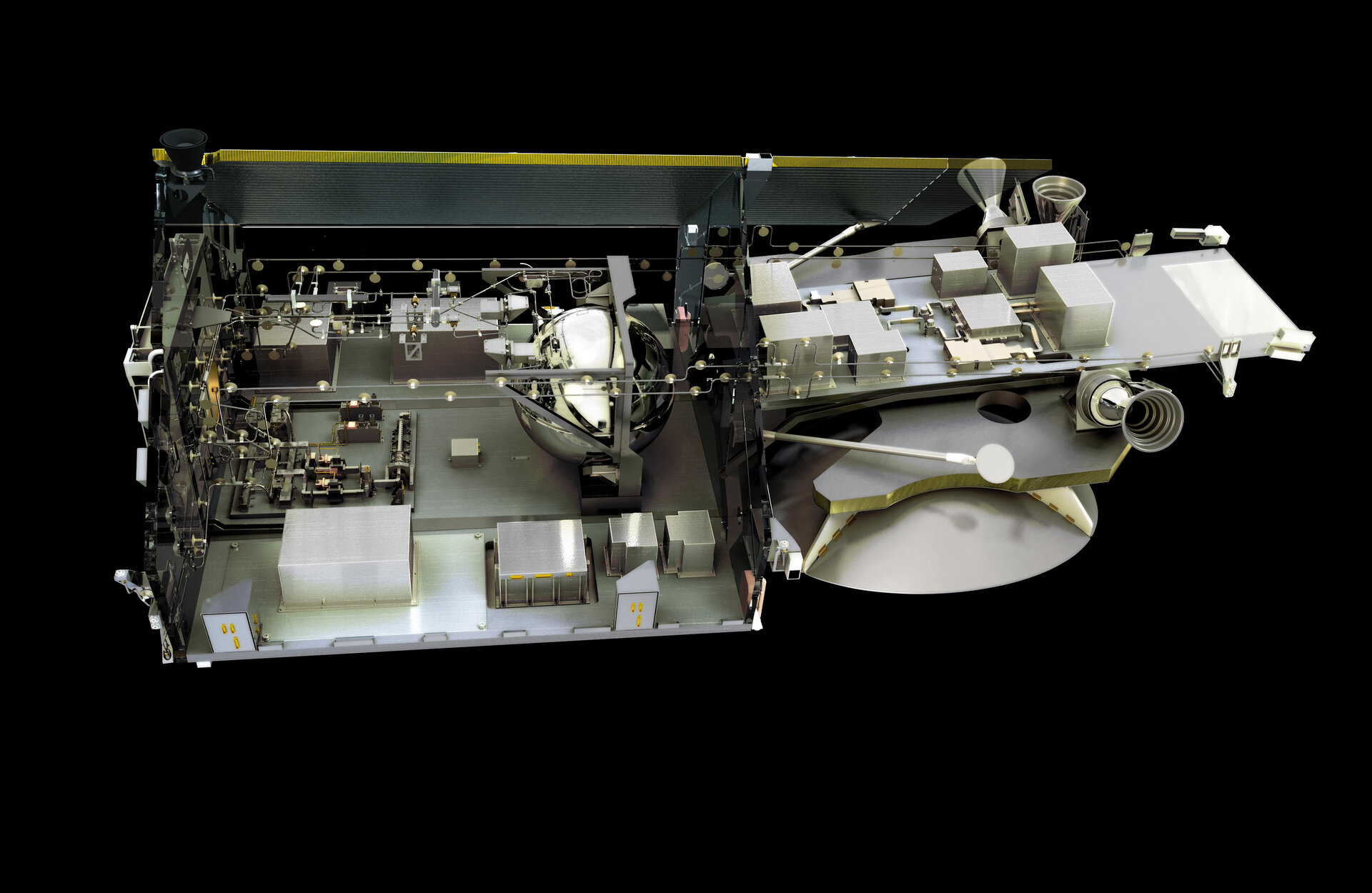 CryoSat is a mission with a single objective, and therefore the selection of the satellite’s orbit and basic characteristics have been driven by the scientific needs.

To make comprehensive measurements of the polar regions,CryoSat reaches latitudes of 88° north and south on every orbit.

This presented some challenges to satellite design: all parts would be at some time be exposed to the full heating power of the Sun, while at other times half the satellite would have been in permanent shadow for weeks on end.

Unlike most satellites, CryoSat does not have any deployable solar panels; in fact the satellite has no moving parts at all, except for some valves in the propulsion system. This enabled a very significant cost saving, but posed some problems for the provision of adequate solar power in CryoSat’s unusual orbit.

The solar panels are rigidly fixed to the satellite body. Forming a 'roof' with a carefully optimised angle, they provide adequate power under all orbital conditions and were still able to fit within the launch vehicle.

Another other area that received particular attention during development was the mounting of the two antennas of the Synthetic Aperture Interferometric Radar Altimeter (SIRAL) – CryoSat’s main instrument.

The base on which the SIRAL antennas were mounted had to be completely stable and had to ensure minimal thermal expansion. Any distortion would lead to errors in the assumed location of the echo and hence the elevation of the surface of the ice. The challenge was met by designing the structure to be intrinsically stable and providing auxiliary attitude measurement sensors, in the form of startrackers, mounted directly onto the antenna bench structure.

An S-band helix antenna fixed to the satellite's underside receives commands from the ground and downlinks status and monitoring information.

Next to it, an X-band antenna transmits the satellite's enormous volume of data whenever the satellite lines up with its Kiruna ground station in Sweden.