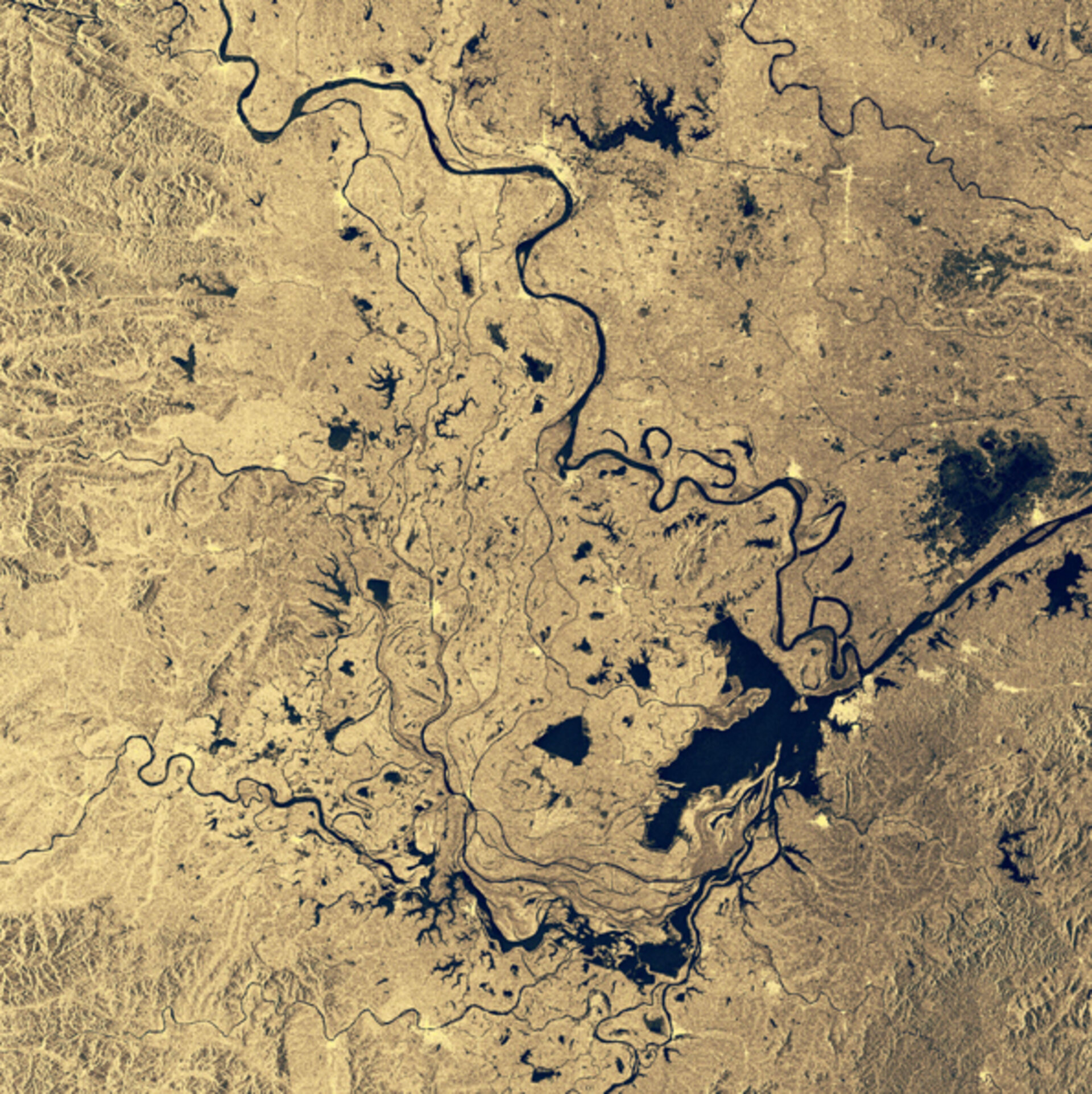 Dongting Lake is the large L-shaped body of water, seen towards bottom right in the image. It - and the Central Yangtze region in general - is an important habitat for numerous aquatic species including the Yangtze freshwater dolphin. Dongting's total area varies considerably as Yangtze flood waters pour into the lake between July and September, the period within which this image was acquired.

Dongting's official area is 2740 square kilometres, less than half the 6200 square km size it was measured at a century and a half previously – its size having been reduced by rapid sedimentation and reclamation for farmland.

In winter this shrinkage means the lake is more or less split into three separate basins, West, South and East Dongting, but each summer the three water bodies become a single lake of about 3900 square km or more.

Several rivers join onto Dongting Lake, the most famous being the Yangtze, winding down from towards top left before carrying on out of the right side of the image. Note the several oxbow lakes formed on its right bank. The Yangtze is the longest river in Asia and the third longest in the world, snaking for 6300 km across China and serving as a drain for 1.8 million square km of territory.

Also feeding into Dongting Lake are rivers including the Yuan, coming from the left, Yiang, from the bottom, and Zi, lying between them.

The heart-shaped water body above the Yangtze to the right side of the image is Lake Hong, known across the country for its beauty and significant as a site for fishing and crab breeding.

This image is a 240-km wide section from an ASAR Wide Swath image acquired 16 August 2003.