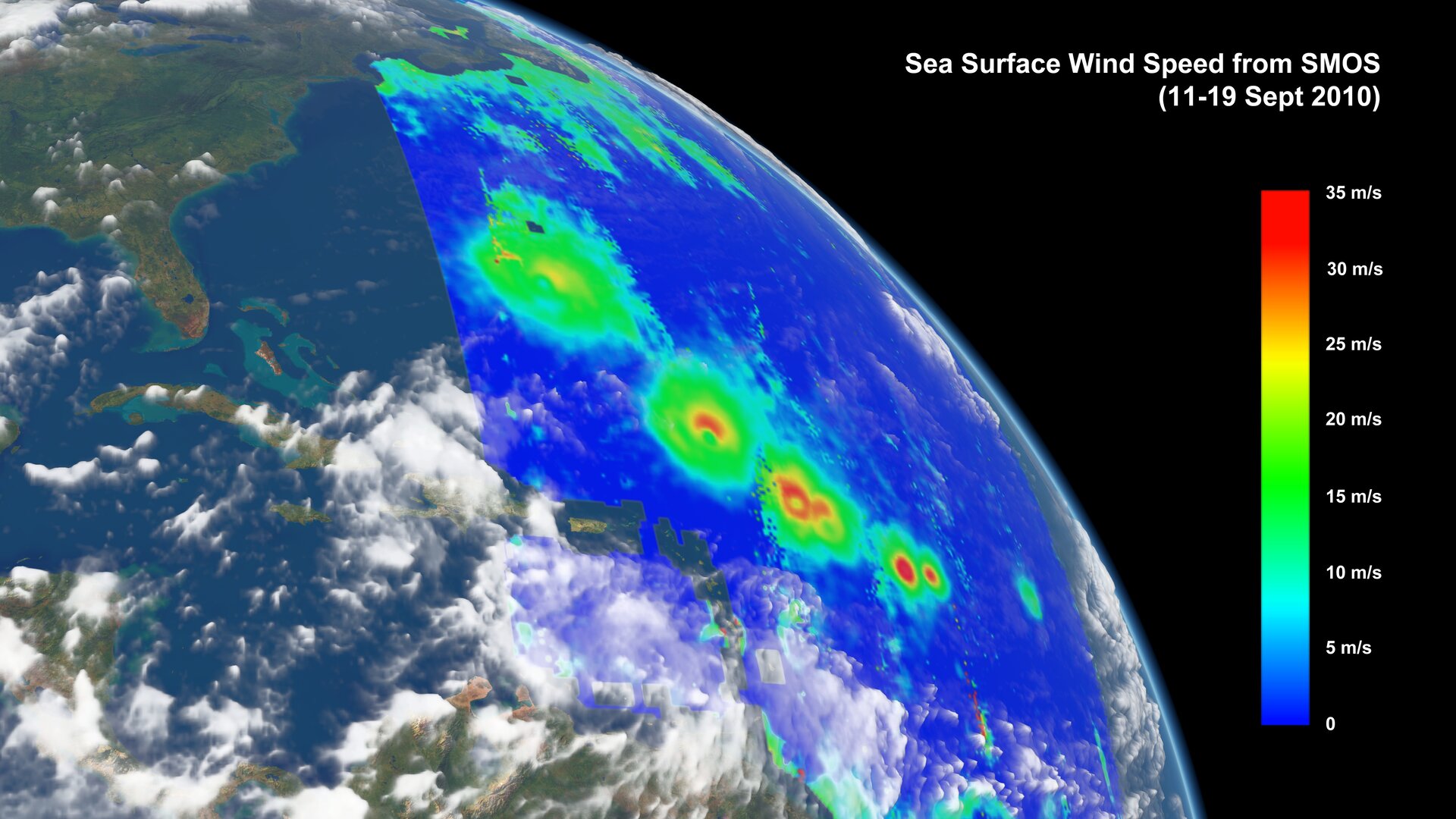 The first three Earth Explorer satellites have surpassed their original objectives, demonstrating the versatility of these collaborative missions.

The three missions in orbit are CryoSat, GOCE and SMOS. Over the past few years they have been providing new information on Earth’s cryosphere, gravity and soil moisture and ocean salinity, respectively, but there have also been several unexpected achievements.

Some of these were outlined at the Paris Air and Space Show this week by Johnny Johannessen, Director General of the Nansen Environmental and Remote Sensing Center and former Chairman of ESA’s Science Advisory Committee.

While CryoSat continues to measure the thickness of sea ice and continental ice sheets, it has also proven capable of profiling land surfaces and inland water targets. In addition, its radar data are being exploited to monitor sea-level changes and contribute to mapping ocean floor topography.

GOCE went on to become the first seismometer in orbit when it detected sound waves from the massive earthquake that hit Japan on 11 March 2011.

Launched in 2009, ESA’s Soil Moisture and Ocean Salinity satellite, SMOS, has been helping us to understand the water cycle. But the mission is also being used to monitor Arctic sea-ice extent and thickness, and can even determine wind speeds under hurricanes – such as last year’s Hurricane Sandy. Most recently, monitoring wetlands has been added to the mission’s repertoire.

The next Earth Explorer, Swarm, is planned for launch later this year. The three-satellite mission aims to unravel one of the most mysterious aspects of our planet: the magnetic field.

The future ADM-Aeolus will be the first space mission to profile the wind on a global scale, and EarthCARE will probe the relationship between clouds, aerosols and radiation.

Biomass was recently selected to become ESA’s seventh Earth Explorer, to measure the amount of biomass and carbon stored in the world’s forests with greater accuracy than ever before.

More details on the Earth Explorer missions and the scientific exploitation of their data will be highlighted at the upcoming Living Planet Symposium, to be held on 9–13 September in Edinburgh, UK.