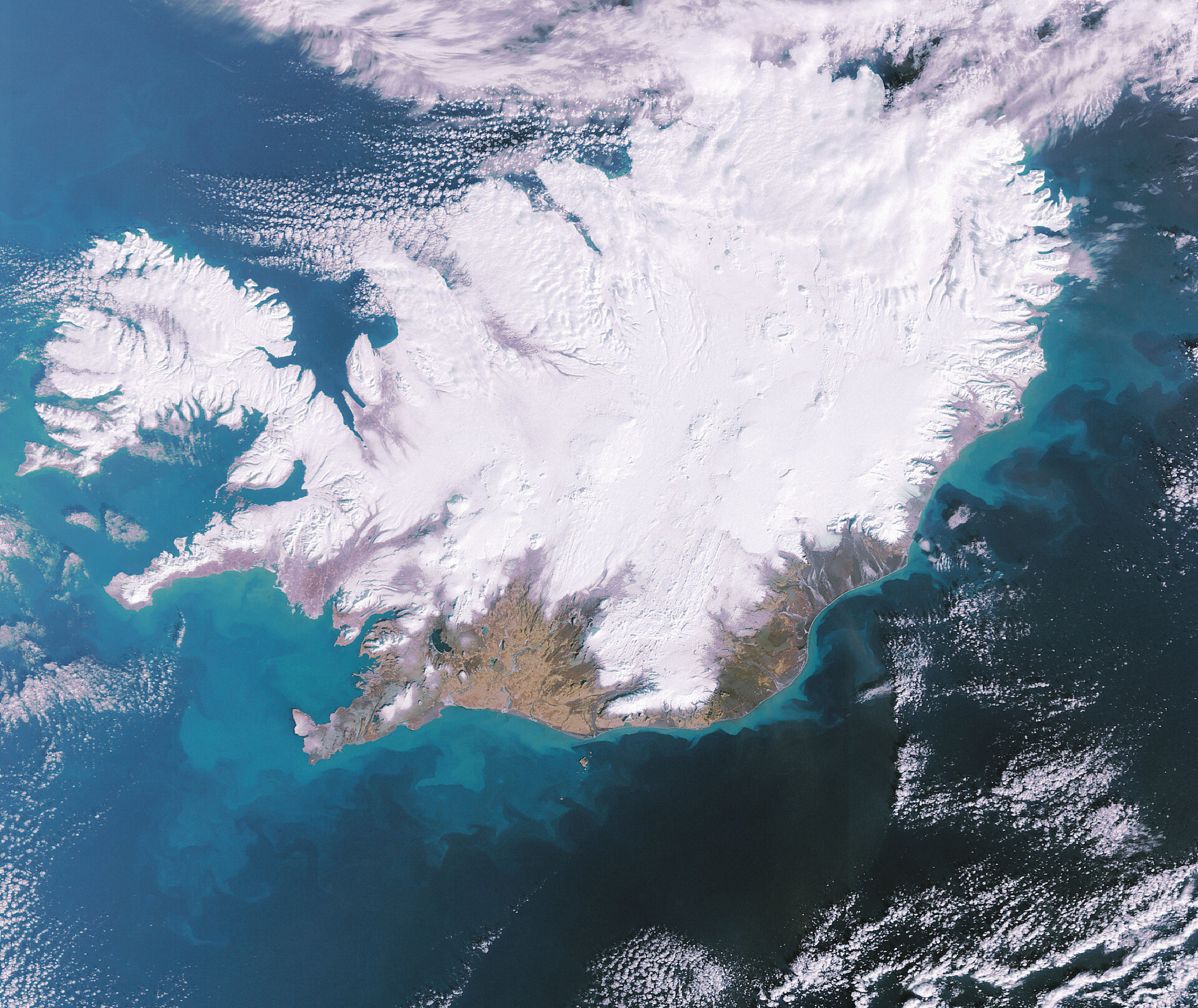 This Envisat image features a snow-covered Iceland, a volcanic island famous for its volcanoes, glaciers, lakes, lava and hot springs.

Located in the North Atlantic Ocean east of Greenland and immediately south of the Arctic Circle, Iceland is the westernmost European nation, and has more land covered by glaciers than the whole of continental Europe.

Visible in the lower left of the image is Lake Pingvallavatn, the largest lake in the country. It was on the banks of this lake that one of the world’s first republican governments was established in 930.

Also visible is the country’s capital, Reykjavik, located on the western coast, slightly southwest of Lake Pingvallavatn. With a population of more than 100 000, it is a major port and the country's largest commercial centre.

Glaciers cover over 11 percent of Iceland’s landscape, the largest being the Vatnajokull glacier (located in the southeast), which at 8000 square kilometres is also the largest in Europe. Volcanoes also dominate the landscape with more than 100, of which a large number are still active, rising on the island.

There are also some 800 hot springs present with an average water temperature of 75 degrees Celsius. Reykjavik, Icelandic for ‘Smoky Bay’, was named for steam rising from hot springs in a southwestern bay. Geothermal water reserves provide Iceland’s population with most of its electricity and heating.

Swirls of blue and green seen off the south and western coasts are caused by concentrations of plankton. These small organisms form the basis of the ocean's food chain and have an essential role in the global ecosystem.

Although individually minute, the total biomass of plankton is probably greater than that of all marine animals put together. Plankton forms the basis of the marine food web, and its presence offshore helps account for Iceland's rich fisheries.