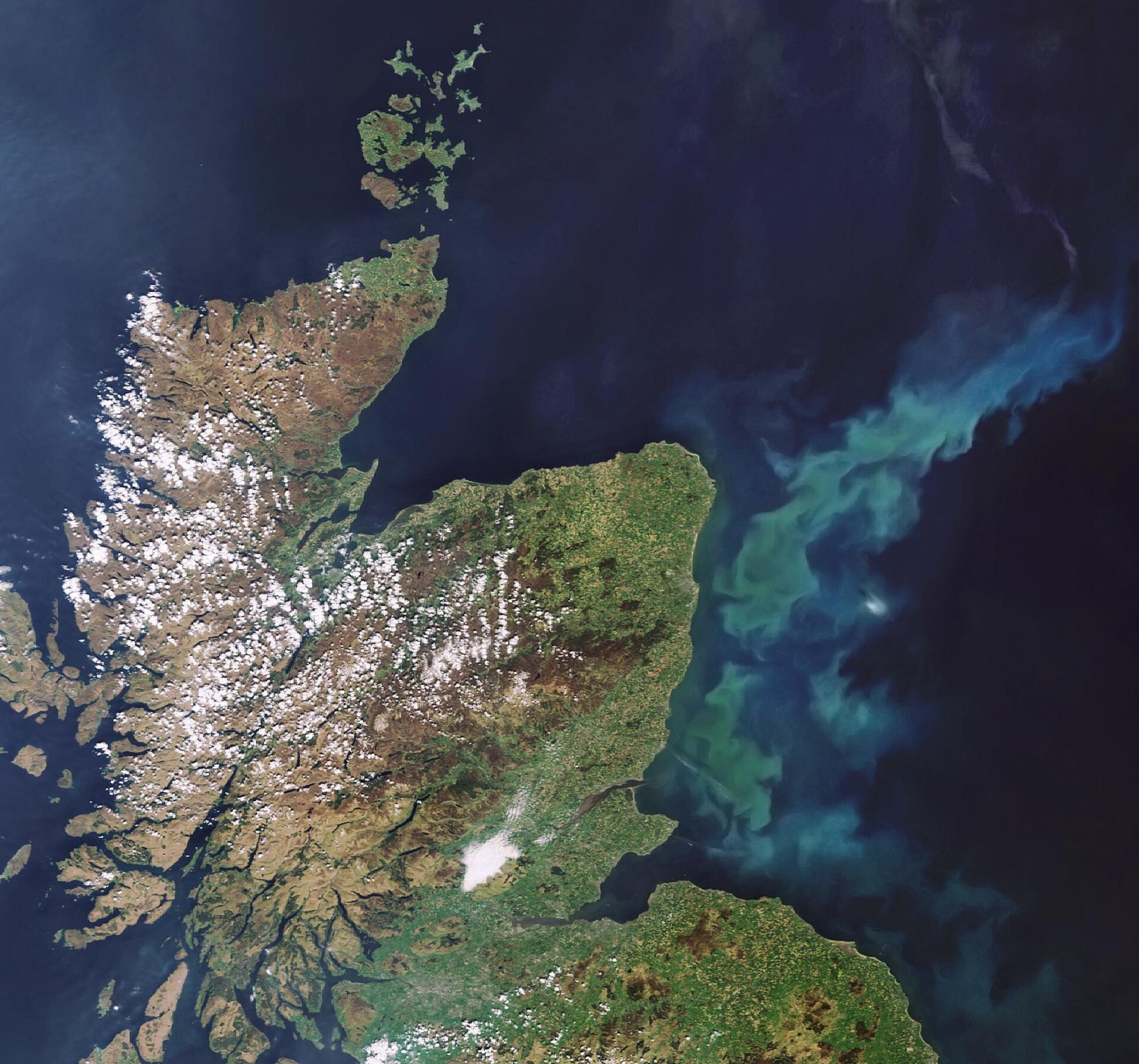 This Envisat image captures the green swirls of a phytoplankton bloom in the North Sea off the coast of eastern Scotland.

Phytoplankton, microscopic marine plants that drift near the surface of the sea, are by far the most abundant type of life found in the ocean.

The chlorophyll they collectively contain colour the ocean's waters, which provides a means of detecting these tiny organisms from space with dedicated ocean colour sensors, like Envisat's Medium Resolution Imaging Spectrometer (MERIS) instrument.

Globally, phytoplankton are a major influence on the amount of carbon in the atmosphere, and hence need to be modelled into calculations of future climate change. Just like land-based plants, they accumulate carbon dioxide during photosynthesis and store it in their tissues, making them potentially important carbon sinks.

To support ocean carbon cycle research, ESA’s GlobColour project has merged 55 terabytes of data from three state-of-the-art instruments aboard different satellites, including MERIS, MODIS aboard NASA’s Aqua and SeaWiFS aboard GeoEye’s Orbview-2, to produce a 10-year dataset of global ocean colour stretching from 1997 to 2007.

The ocean colour datasets are freely available to the public via the GlobColour website.

MERIS acquired this image on 7 May 2008, working in Full Resolution mode to provide a spatial resolution of 300 m.