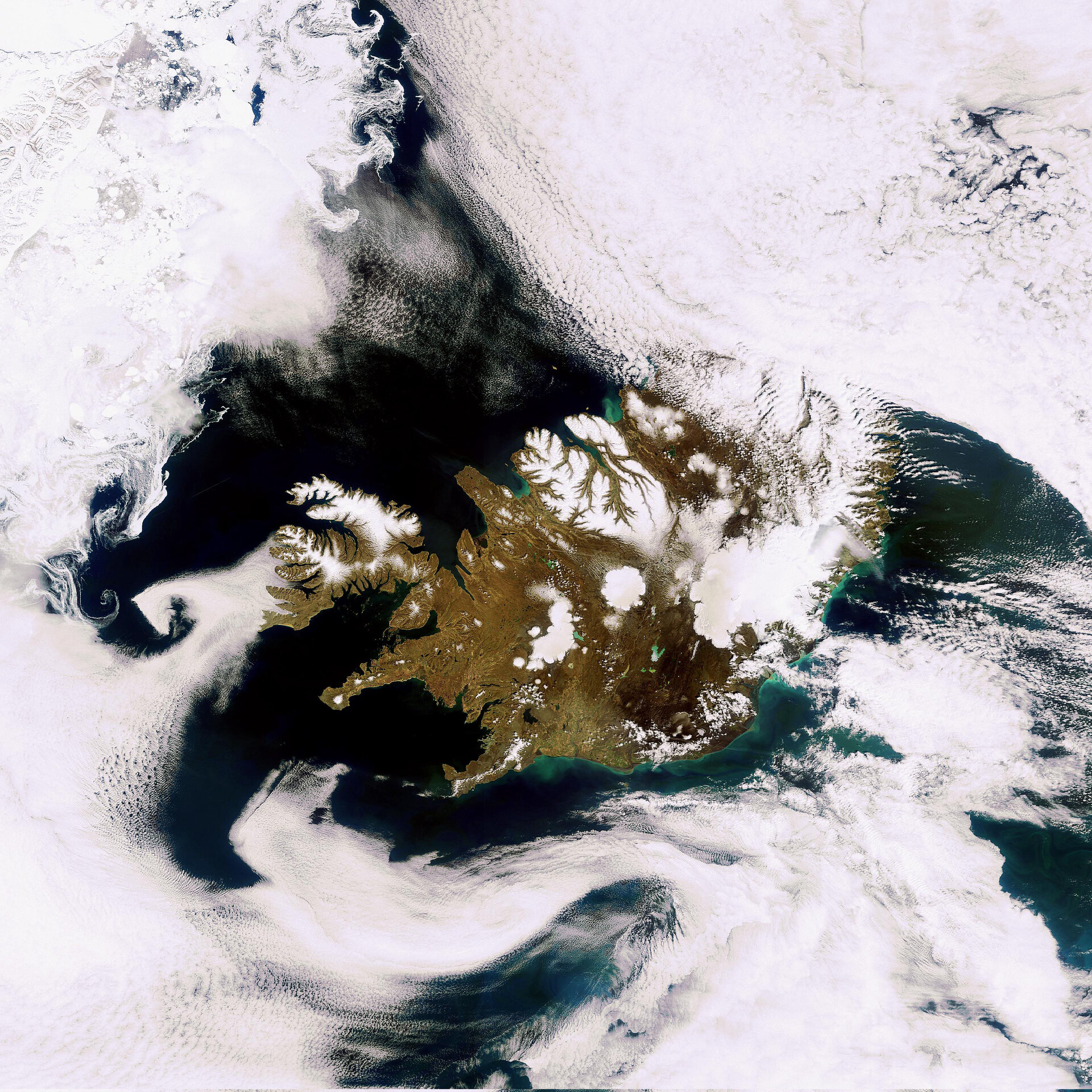 This Envisat image features a smoke-free Iceland. Although the island has received a lot of attention in the past months for its volcanic activity, it is also home to numerous glaciers, lakes, lava and hot springs.

Volcanoes dominate the landscape, with more than 100, of which a large number are still active, rising on the island. The Eyjafjallajokull volcano, which had a series of eruptions in April and May, is visible in the dark area on the southern coast.

Sitting in the North Atlantic Ocean east of Greenland and immediately south of the Arctic Circle, Iceland has more land covered by glaciers (11%) than the whole of continental Europe.

At 8000 sq km, the Vatnajokull glacier (visible in white northeast of Eyjafjallajokull) is the largest in Iceland and in Europe. The white circular patch in the centre of the country is Hofsjokull, the country’s third largest glacier and its largest active volcano. The elongated white area west of Hofsjokull is Langjokull, Iceland’s second largest glacier.

The front of Langjokull feeds into Hagavatn, a glacial lake with an elevation of 435 m and an area of 5 sq km.

Iceland also boasts some 800 hot springs with an average water temperature of 75ºC. Reykjavik, Icelandic for 'Smoky Bay', was named for steam rising from hot springs in a southwestern bay. Geothermal water reserves provide Iceland’s population with most of its electricity and heating.

The various shades of green in the sea along the coasts are due to sediments being transported in the water.

This image was acquired by Envisat’s Medium Resolution Imaging Spectrometer on 24 May 2010 at a resolution of 300 m.