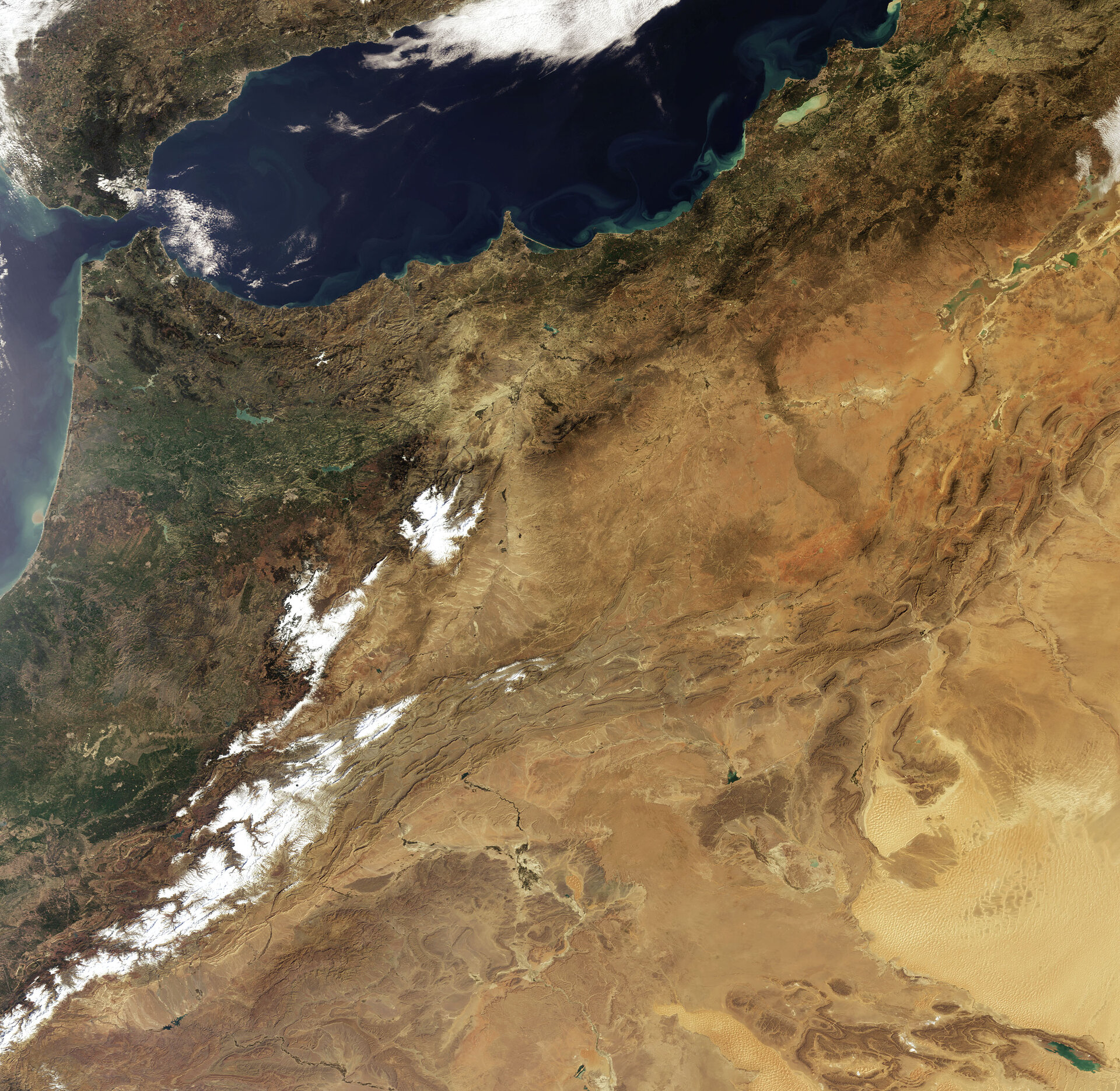 This Envisat image features the Atlas Mountains in northwestern Africa. The mountains – an extension of Europe’s Alpine system – stretch some 2 400 km through Morocco, Algeria and Tunisia.

The mountains are a series of five ranges that separate the northern Mediterranean climate from the arid climate of the Sahara Desert in the south. Morocco is home to three of the ranges: the High Atlas (visible covered in snow in left corner), Middle Atlas (visible as two patches of snow northeast of High Atlas) and Anti-Atlas (not visible but located southwest of High Atlas).

The High Atlas contains the highest peaks in North Africa, including Mount Toubkal at over 4 000 m. Despite high temperatures in the summer, these high peaks maintain their snow caps for much of the year.

The Tell Atlas and the Saharan Atlas are located in Algeria (visible south of High Atlas and east of Middle Atlas). The Tell Atlas (visible along the Mediterranean coastline in image right) area receives plenty of rainfall and has many fertile valleys. It extends into Tunisia (not visible).

The rest of Algeria, just south of the Saharan Atlas (south of Tell Atlas), receives almost no rain and is part of the great Sahara Desert (visible occupying lower portion of image).

This image was acquired by Envisat's Medium Resolution Imaging Spectrometer (MERIS) instrument on 30 January 2009, working in Full Resolution mode to provide a spatial resolution of 300 metres.