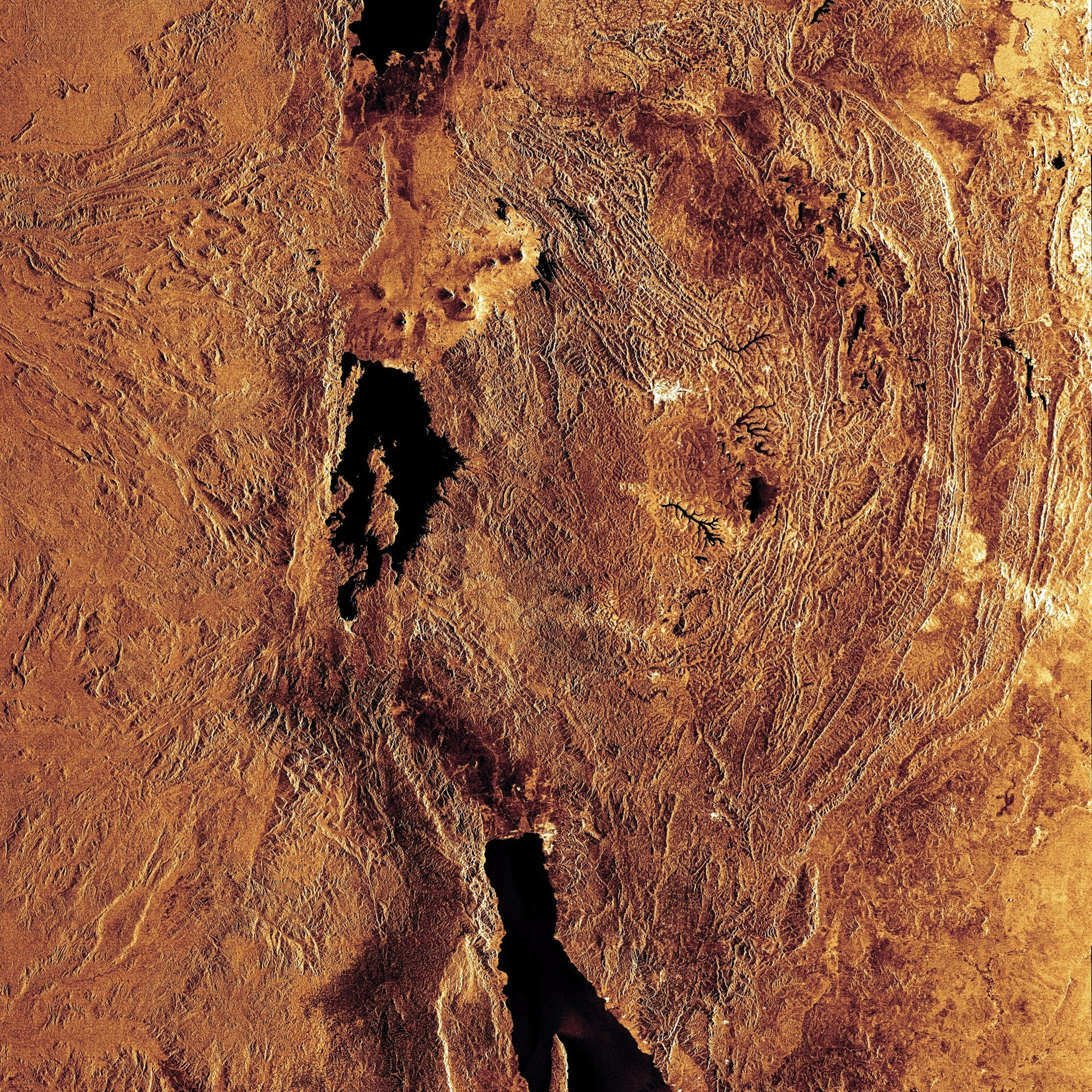 Lake Edward (top), Lake Kivu (middle) and Lake Tanganyika (bottom) are all visible in the image centre, running along the eastern border of the Democratic Republic of the Congo (DRC) (on the left).

Lake Edward straddles the border of DRC and Uganda (upper right). It is 77-km long, 40-km wide and covers a total surface area of some 2300 sq km, making it the smallest of the Great Lakes of Africa.

Lake Kivu, on the borders of DRC and Rwanda (right), covers a total surface area of some 2700 sq km, stands roughly 1460 m above sea level and is 480 m deep. The pronounced depth of the lake is a result of the rift valley slowly pulling apart, causing volcanic activity.

At 676-km long, Lake Tanganyika is the world’s longest freshwater lake. Nearly the entire western part of the lake is in DRC, while its eastern side borders Burundi to the north (visible) and Tanzania (not visible). The southern tip (eastern and western) borders Zambia (not visible).

With a maximum depth of 1470 m and an area of 32 900 sq km, Tanganyika is the second deepest and the fifth largest lake on the planet. According to the Food and Agriculture Organization of the United Nations (FAO), Tanganyika is Africa’s greatest single reservoir of freshwater and the second greatest in the world.