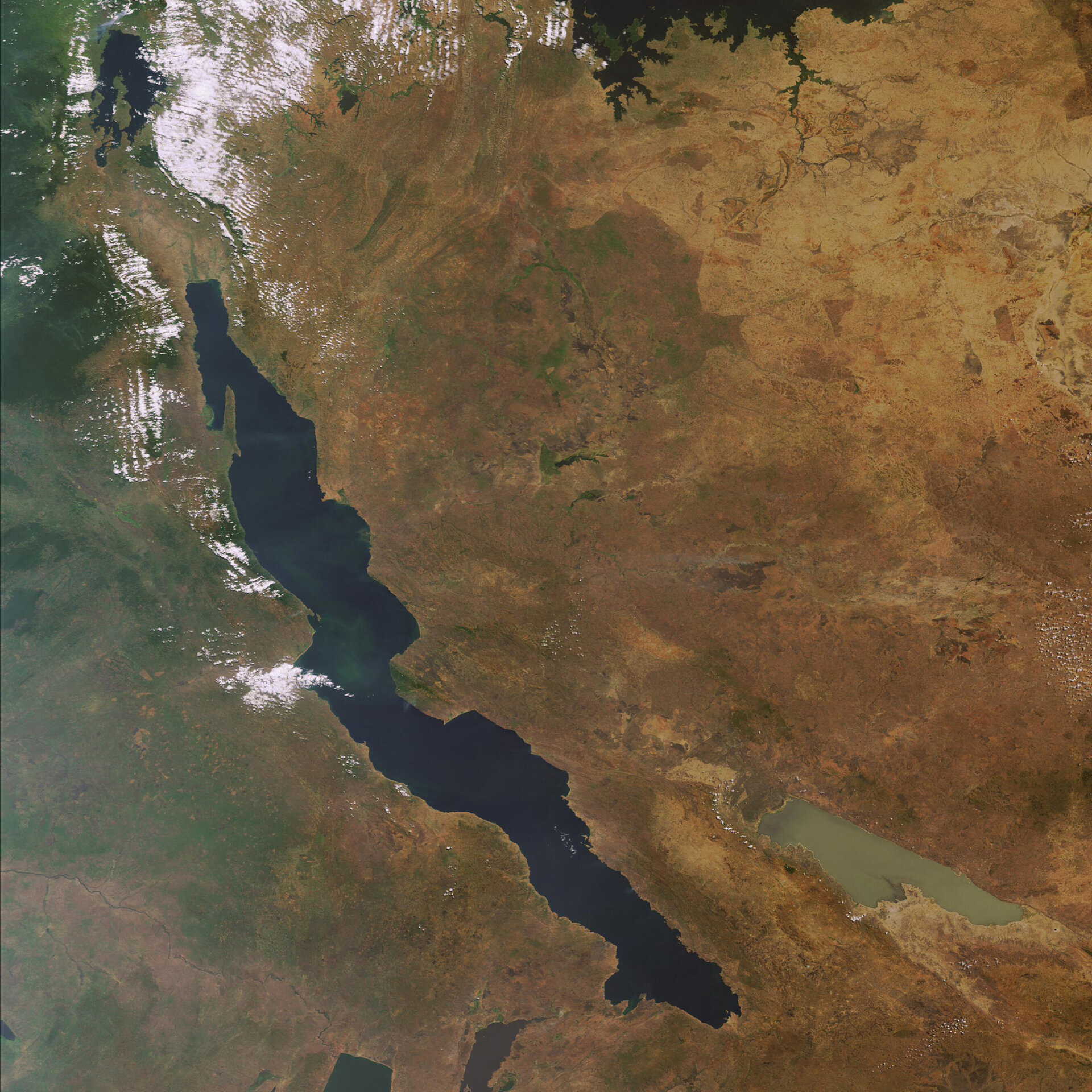 Lake Tanganyika, the world’s longest freshwater lake, is highlighted in this Envisat image. Located in Central Africa on the borders of Tanzania, the Democratic Republic of Congo, Zambia and Burundi, Lake Tanganyika stretches approximately 676 km long and 50 km wide.

With a maximum depth of 1470 m and an area of 32 900 km² , Tanganyika is the second deepest and the fifth largest lake on the planet. Its volume of 18 880 km³ makes it the third largest lake in the world by volume, exceeded only by the Caspian and Baikal. According to the Food and Agriculture Organization of the United Nations (FAO), Tanganyika is Africa’s greatest single reservoir of freshwater and the second greatest in the world.

Tanganyika is situated in the Western Rift of the Great Rift Valley – a 9656-km crack in the Earth's crust – and was formed as a result of the rifting African plate. The lake is estimated to be about 10 million years old, making it one of less than 20 ancient lakes on Earth. Because of its age and location, scientists are actively researching the lake’s sedimentary geology to learn more about Africa’s climatic and environmental history.

Tanganyika is considered one of the most biologically rich lakes on the planet. According to the World Conservation Union (IUCN), "no place on earth holds such a variety of life." Of the 2000 plus species found in the lake, over half are found nowhere else.

The Ruzizi River and the Malagarasi River (Tanzania's second largest river) flow into Lake Tanganyika, which in turn flows into the Congo River system before entering the Atlantic Ocean.

This image was acquired on 4 September 2006 by Envisat’s Medium Resolution Imaging Spectrometer (MERIS) instrument while working in Full Resolution mode to provide a spatial resolution of 300 metres.