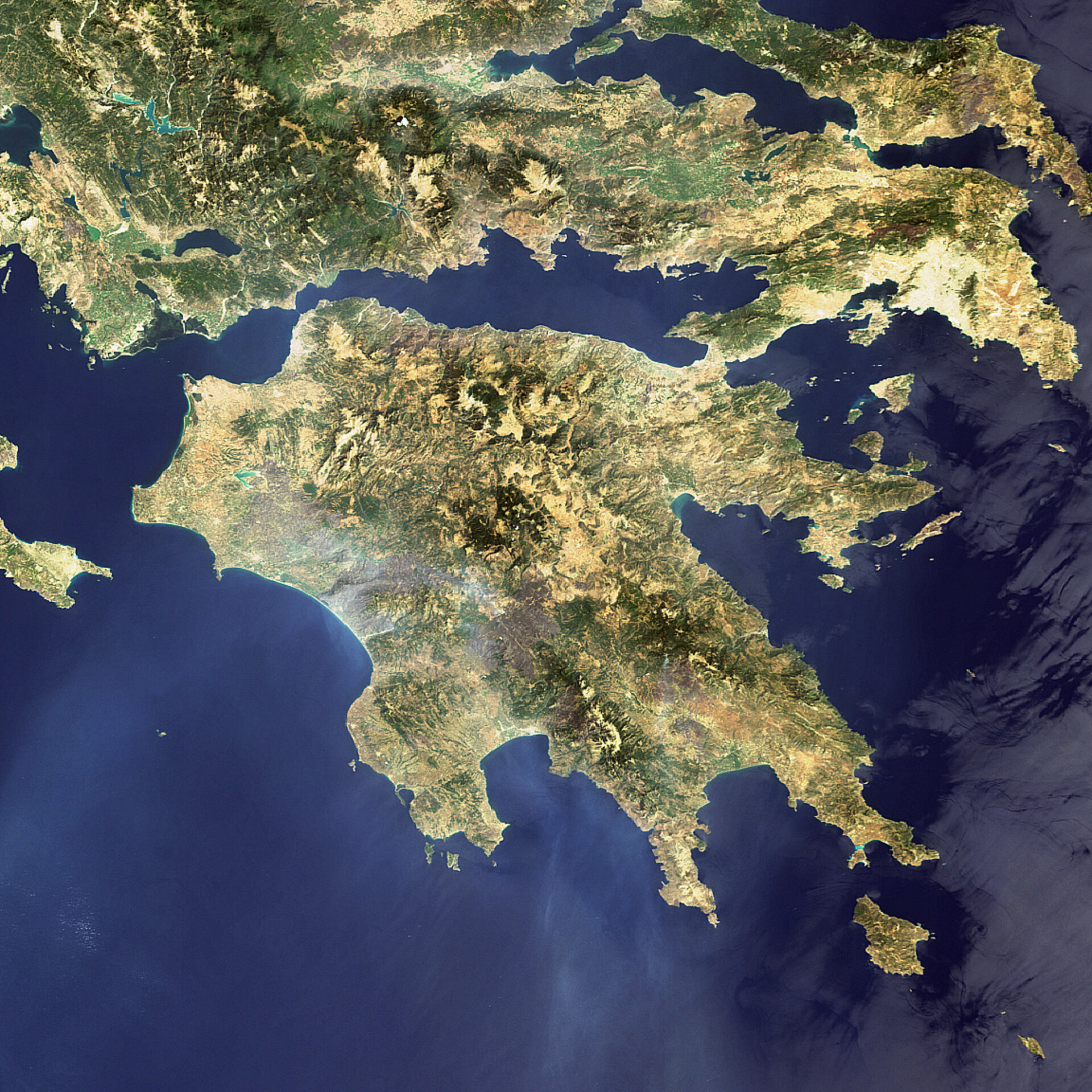 This Envisat image taken on 30 August 2007 captures the devastation to Greece’s landscape after blazes burned out of control for a week, killing more than 60 people.

Burned areas are visible as dark brown. Some 190 000 hectares, 10 times the annual average for the past 50 years, were ravaged between Friday and Tuesday, according to the European Commission's European Forest Fire Information System. Since the beginning of 2007, 275 000 hectares have been destroyed by fire.

Other ESA satellite sensors revealed Greece has experienced more wildfire activity this August than other European countries have over the last decade. Working like thermometers in the sky, the Along Track Scanning Radiometer (ATSR) aboard ESA’s ERS-2 and the Advanced Along Track Scanning Radiometer (AATSR) aboard ESA’s Envisat measure thermal infrared radiation to take the temperature of Earth's land surfaces. Temperatures exceeding 308ºK at night are classed as burning fires.

Quantifying fires is important for the ongoing study of climate because they have a significant impact on global atmospheric pollution, with biomass burning contributing to the global budgets of greenhouse gases, like carbon dioxide. The 1998 El Niño, for example, helped encourage fires across Borneo which emitted up to 2.5 billion tonnes of carbon into the atmosphere, equivalent to Europe's entire carbon emissions that year.

This Envisat image was acquired by the Medium Resolution Imaging Spectrometer (MERIS) instrument while working in Full Resolution mode to provide a spatial resolution of 300 metres. MERIS images are available on ESA’s MIRAVI website, which gives access to Envisat’s most recently acquired images.

MIRAVI, short for MERIS Images RApid VIsualisation, tracks Envisat – the world’s largest Earth Observation satellite – around the globe, generates images from the raw data collected by MERIS and provides them online within two hours. MIRAVI is free and requires no registration.