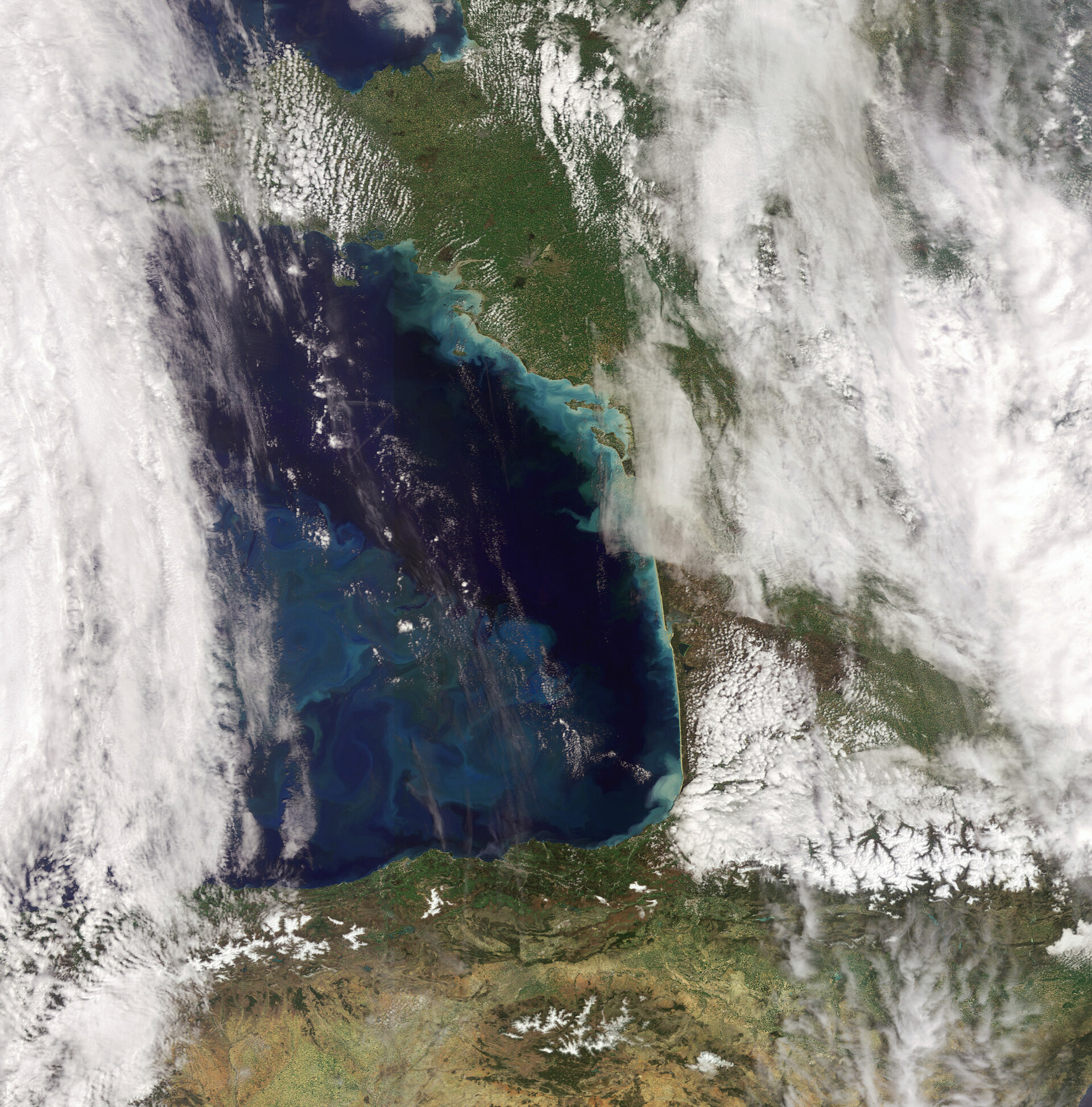 This Envisat image features a phytoplankton bloom in the Bay of Biscay. The bay, an inlet of the North Atlantic Ocean, is bordered on the east by France’s west coast (visible) and on the south by Spain’s north coast (visible).

Large storms in the bay have earned it a reputation amongst sailors for having rough seas. In addition to squalls occurring at any time of year, gales have been known to exceed over 100 km per hour.

The bay is decorated by blue and green swirls of phytoplankton, microscopic marine plants that drift on or near the surface of the sea. Just like plants on land, phytoplankton employ green-pigmented chlorophyll for photosynthesis – the process of turning sunlight into chemical energy.

Phytoplankton are able to convert inorganic compounds such as water, nitrogen and carbon into complex organic materials. With their ability to 'digest' these compounds, they are credited with removing as much carbon dioxide from the atmosphere as their earthbound 'cousins'. As a result, the oceans have a profound influence on climate.

Since phytoplankton influence the amount of carbon in the atmosphere and are sensitive to environmental changes, it is important to monitor and model them into calculations of future climate change.

Although some types of phytoplankton are individually microscopic, the chlorophyll they use for photosynthesis collectively tints the colour of the surrounding ocean waters. This provides the means of detecting these tiny organisms from space with dedicated 'ocean colour' sensors, such as Envisat's Medium Resolution Imaging Spectrometer (MERIS) instrument.

Green and tan swirls along France’s coast line are not plankton but sediments being transported in the water.

The snow-covered western part of the Pyrenees mountain chain is visible between France and Spain.

MERIS acquired this image on 13 April 2009 while working in Full Resolution mode to provide a spatial resolution of 300 m.