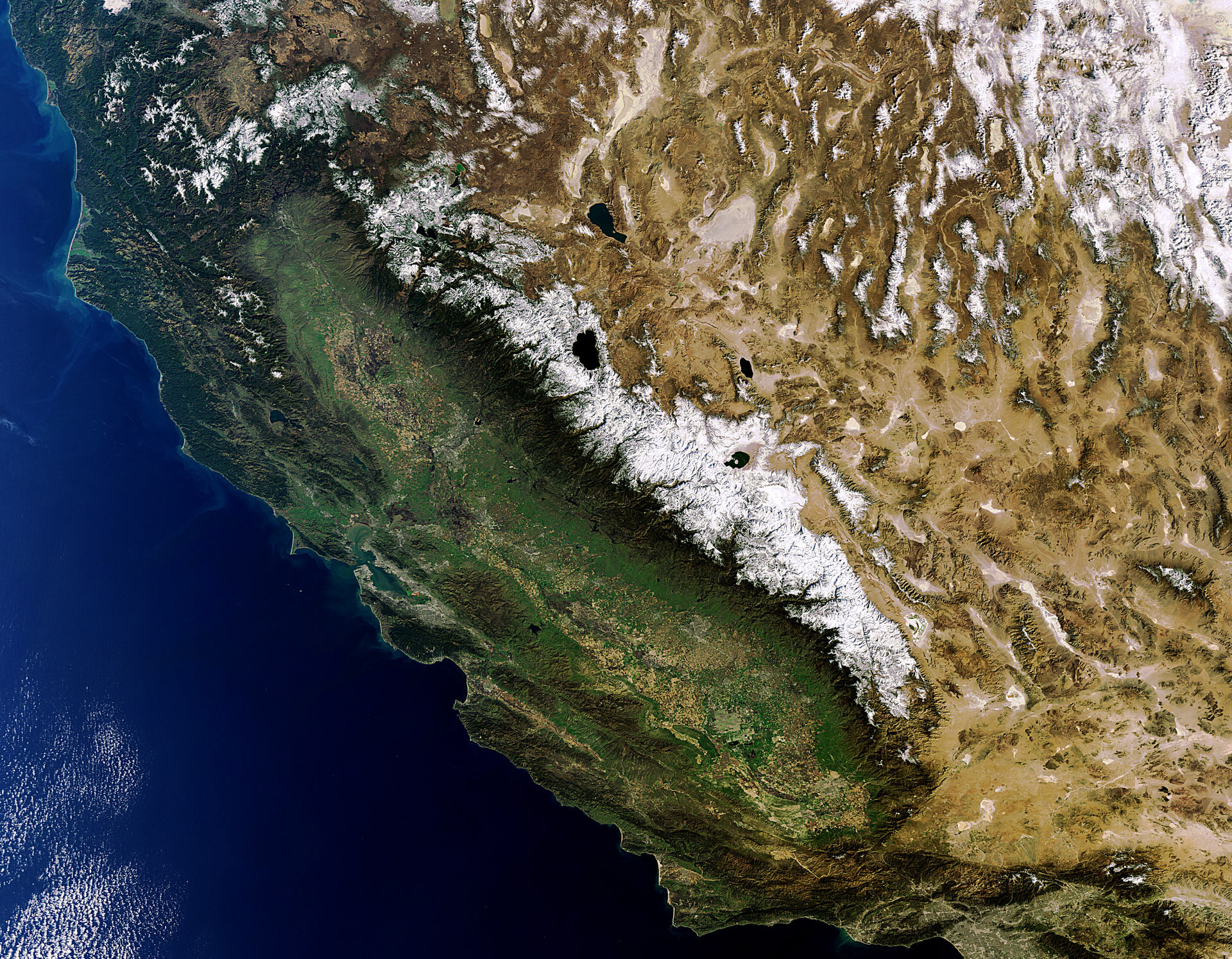 The contrasting landscape of the western US states of California (left) and Nevada (right) are highlighted in this Envisat image.

California boasts a 1350 km-long coastline, valleys and numerous mountain ranges that run generally parallel to the Pacific Ocean. The Coast Ranges, a series of mountains that includes the Diablo and Santa Cruz Mountains, extend along much of the coast.

The flat, broad depression to the east of the Coast Ranges is the 720 km-long Central Valley. Its northern half – referred to as the Sacramento Valley – receives more rainfall and is lush, while its southern half – called the San Joaquin Valley – has a more arid climate. Centred on agriculture, the valley’s productivity relies on irrigation from surface water diversions and groundwater pumping from wells.

It is no coincidence that the land west of the Sierra Nevada is lush, while the land to its east is desert. The mountain range forces moisture from easterly-moving clouds to be released before reaching Nevada.

Nevada’s landscape comprises sandy deserts, snow-capped mountains and basins. Most of the state lies within the Great Basin Desert. Covering an arid expanse of some 492 000 sq km, it is the largest US desert. The Great Basin is noted for its internal drainage system, in which precipitation never reaches an outlet to the sea.

This image was acquired by Envisat’s Medium Resolution Imaging Spectrometer on 9 February at a resolution of 300 m.