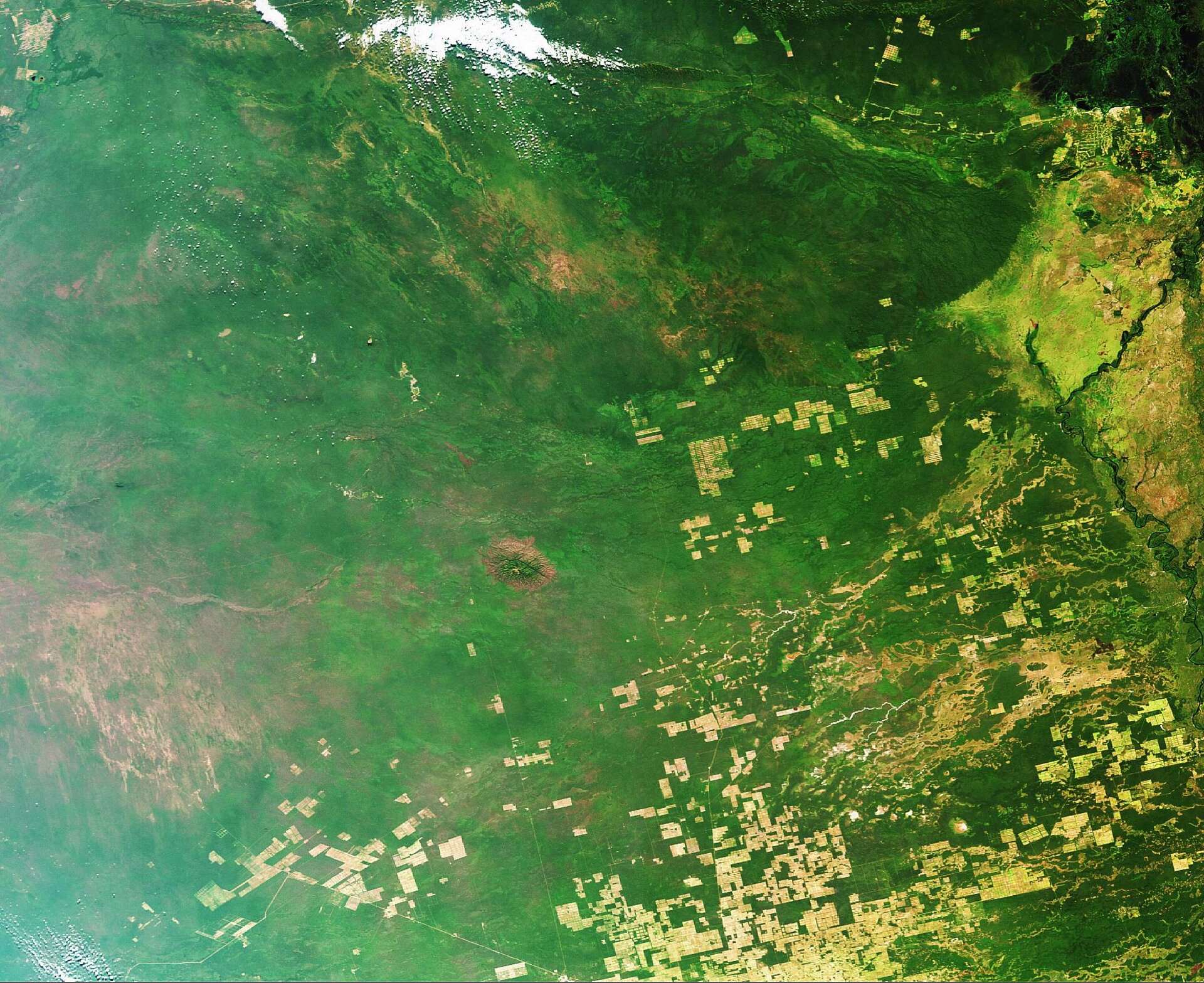 Paraguay, featured in this Envisat image, is located in south-central South America and is bordered by Brazil to the northeast, Bolivia to the northwest and Argentina to the south and southwest.

Although Paraguay is a landlocked country, water plays a large role in its geography with two-thirds of its borders being formed by rivers and 30 to 40% of the country being covered by numerous and extensive wetlands. Paraguayan novelist Augusto Roa Bastos referred to the country as "an island surrounded by land."

The majority of the country’s population resides in the Paraneña region while the Gran Chaco region – a vast plain covering almost 60 percent of Paraguay’s total land cover with elevations reaching no higher than 300 metres – is characterised by scrub forests, grassy plains, lagoons, marshes and jungles.

Mennonite settlers arrived in Paraguay in the early 1920s and 30s and settled in the uninhabitable Gran Chaco region. With perseverance, the colonists created small cooperative agricultural communities, cattle ranches and dairy farms. Today the area supplies the rest of the country with meat and dairy products.

Wetlands are the most biologically diverse ecosystems on Earth, more productive even than tropical rainforests. As well as being vital to the water cycle, they are havens for wildlife. Paraguay’s wetlands, for instance, serve as a meeting point for nearly 180 species of birds.

The overall value of wetlands is measured in trillions of Euros, but for much of the last century wetlands have been drained or otherwise degraded. In 1971 an inter-governmental treaty established the Ramsar Convention on Wetlands, setting up a framework for the stewardship and preservation of wetlands.

Today more than 1 310 wetlands have been designated as Wetlands of International Importance, a total area of 111 million hectares. To date, five Ramsar sites have been declared in Paraguay.

This image was acquired on 27 May 2006 by Envisat’s Medium Resolution Imaging Spectrometer (MERIS) while working in Full Resolution Mode to provide a spatial resolution of 300 metres.