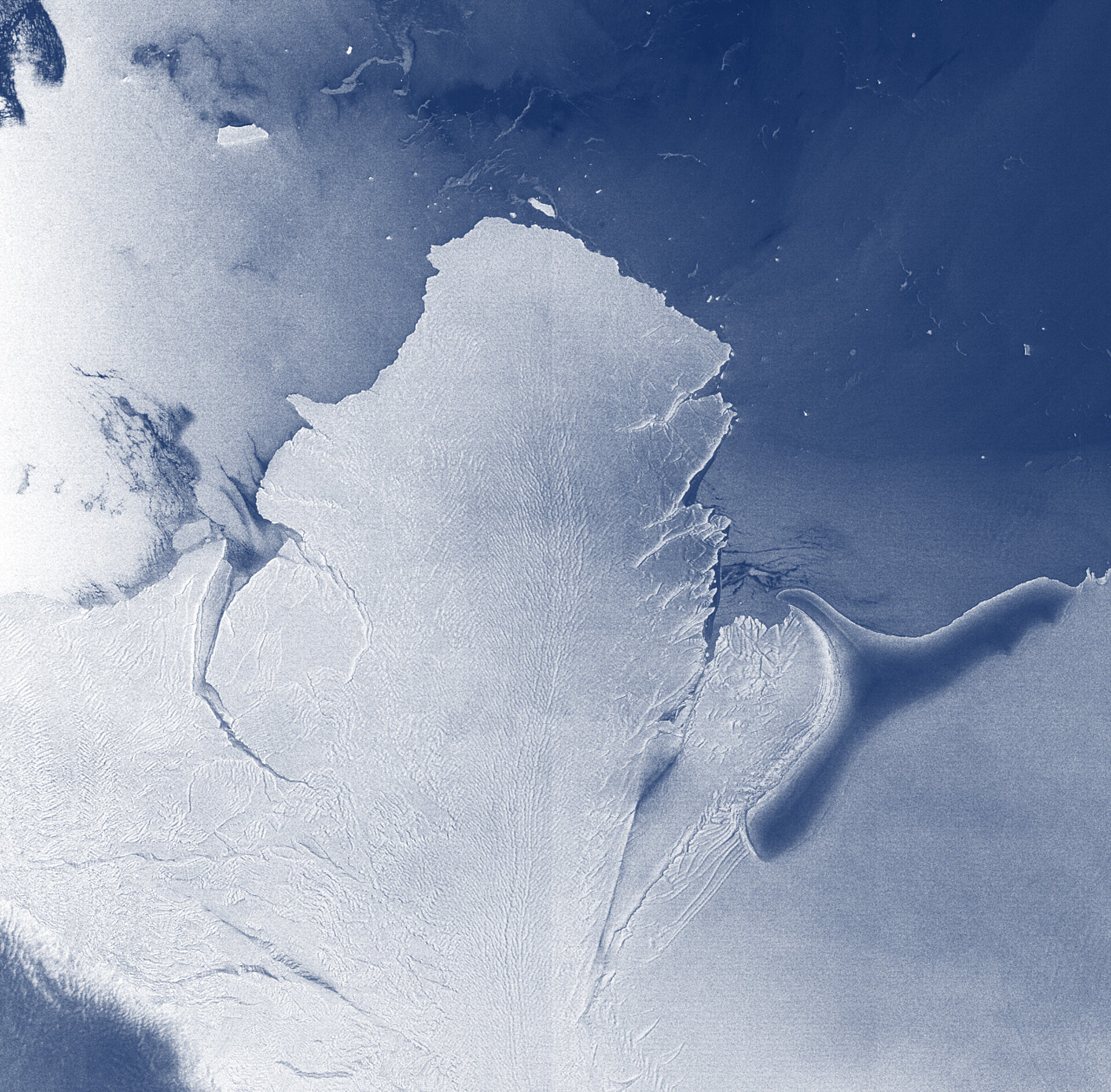 The system is a thin unbounded ice shelf attached to Caird Coast at the eastern margin of the Weddell Sea. The Brunt Ice Shelf (far left) and the Stancomb-Wills Ice Tongue (centre) are connected by a mass of icebergs bound together by up to 50m of extraordinarily thick fast ice and smaller meteoric ice blocks.

The ice-covered Lyddan Island is visible to the right of the Stancomb-Wills Ice Tongue. With its 3 narrow arms, the island resembles the tail of a whale.

Much of the shelf system is severely rifted; a large rift can be seen between Lyddan Island and the ice tongue.

The Brunt Ice Shelf is a 100-m-thick floating area of ice that is fed mainly by ice flowing from Dronning Maud Land.

The ice shelf moves several hundred metres a year towards the ocean. Once it reaches the Weddell Sea, it is put under strain from higher temperatures and the motion of tides until parts of it eventually break off into icebergs.

Since the mid-1950s the ice shelf has been home to the British Antarctic Survey’s Halley Field Station. As the ice shelf moves, it takes Halley station with it. In fact, the station drifts northwest by half a kilometre each year.

Studying ice shelves is important because they are indicators for ongoing climate change. Long-term satellite monitoring over Antarctica is essential because it provides authoritative evidence of trends and allows scientists to make predictions.

Over the last 20 years, ESA’s ERS and Envisat satellite missions have been the main vehicles for testing and demonstrating the use of Earth observation data in polar regions.

Envisat’s Advanced Synthetic Aperture Radar (ASAR) instrument is particularly suited to acquire data over Antarctica because it is able to see through clouds and darkness – conditions often found in the area. Daily ASAR images of Antarctica are made easily accessible to scientists.

This image was acquired by ASAR on 5 March.