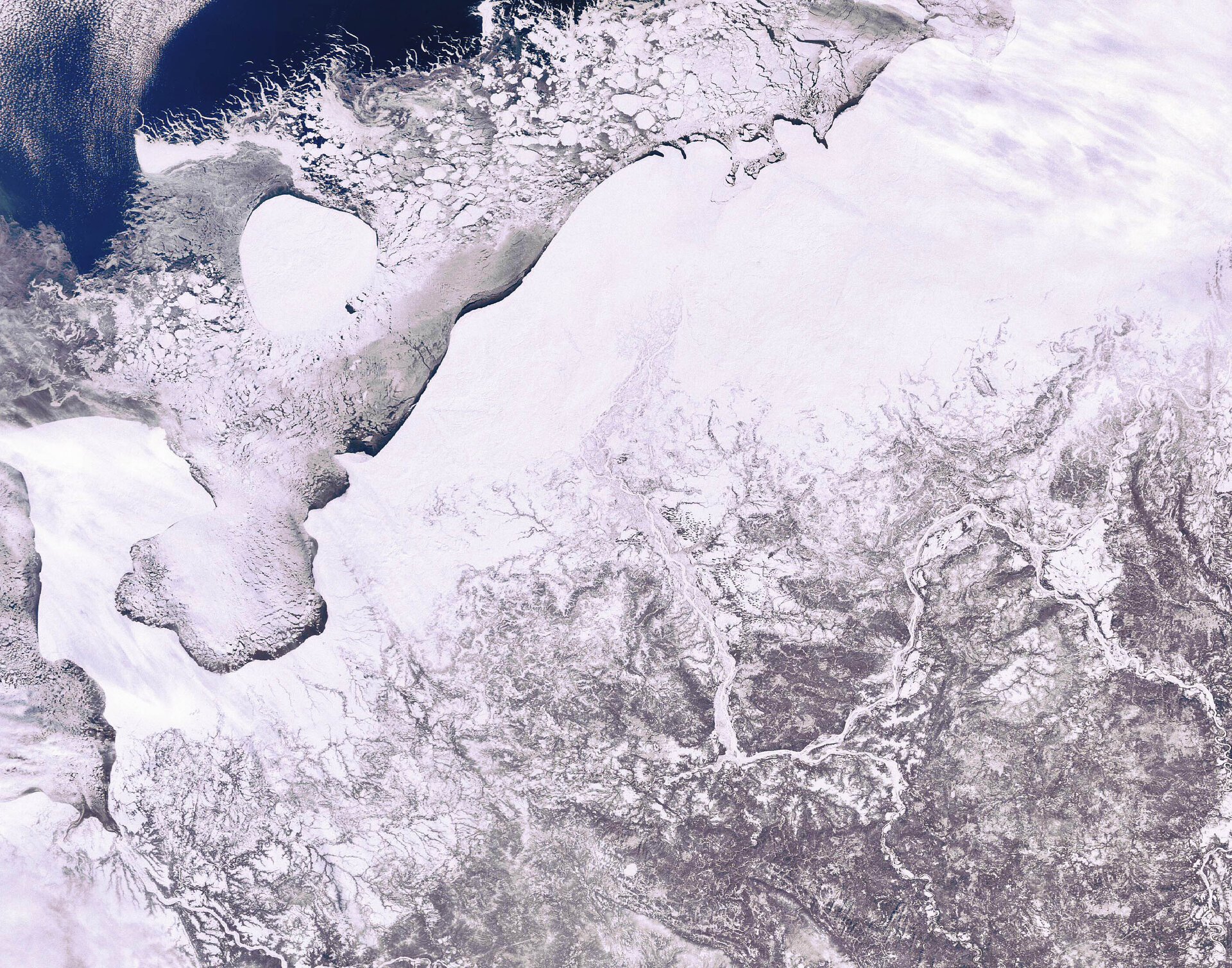 The Nenets Autonomous Okrug, an administrative region, extends along the Arctic coast, has shorelines on the Barents (blue water in upper left hand corner), White (visible on left side of image) and Kara seas (not visible) and covers some 176 000 sq km of tundra and marshland.

The Pechora Sea, a southeastern extension of the Barents Sea, is located between Kolguyev Island (the round snow-covered depression visible in the upper left hand corner) to the west and the Yugorsky Peninsula (not visible) to the east. With an average depth of 6 m, the sea is relatively shallow.

Kolguyev Island is located in the Barents Sea, a rather deep shelf sea with an average depth around 230 m, and is some 70 km off the mainland. Kanin Peninsula is visible to the southwest of Kolguyev Island.

Pechora River (visible along the right hand side) flows some 1800 km through the region into Pechora Bay. It drains an area of more than 322 000 sq km and forms a large delta at the port of Naryan-Mar, the capital of the Nenets Autonomous Okrug.

This image was acquired by Envisat’s Medium Resolution Imaging Spectrometer (MERIS) instrument on 10 March 2008 working in Full Resolution mode to provide a spatial resolution of 300 metres.