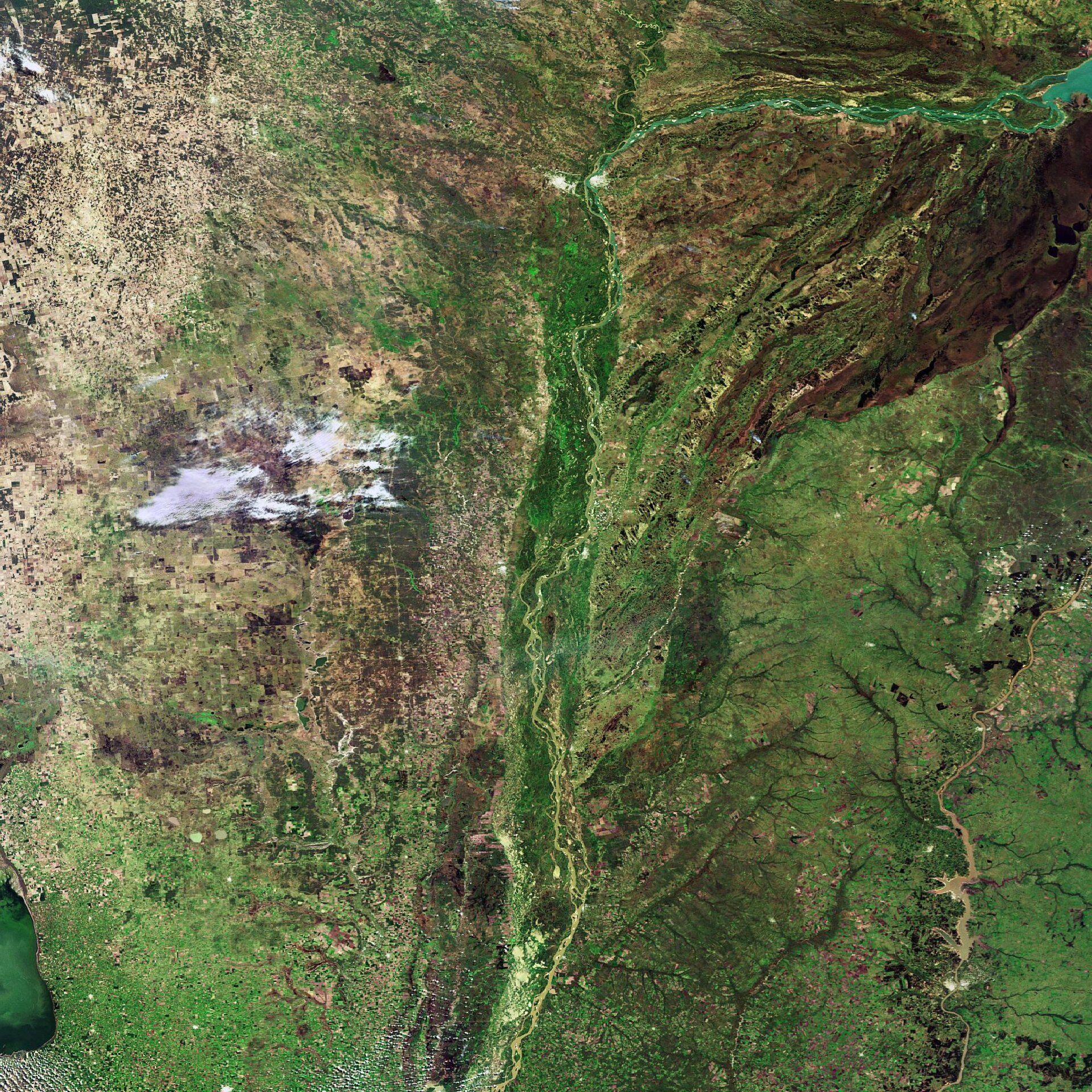 This Envisat image highlights the province of Corrientes in northeastern Argentina and the Paraná River.

Corrientes is bordered on the north and west by the Paraná River (visible flowing from the top right down to the centre), Paraguay to the north, Brazil to the east and Uruguay to the southeast.

Corrientes is also the name of the province’s capital city (visible white spot on the eastern bank of the river at top centre). The General Manuel Belgrano Bridge connects the city to its sister city, Resistencia (the white spot opposite Corrientes on the river’s western bank).

Resistencia is the capital city of the Chaco province – the vast area visible to the west of the Paraná River. With a course of some 4880 km, the Paraná is the second longest river in South America after the Amazon. It is formed on the plateau of south central Brazil by the confluence of the Rio Grande and Paranaíba Rivers.

Continuing its course, it flows south and east through Argentina where it unites with the Uruguay River to form the extensive Río de la Plata estuary of the Atlantic Ocean.

With an area of about 2 800 000 sq km, the Paraná River's drainage basin is the second largest on the continent. Its drainage system includes the greater part of northern Argentina, southeastern Brazil, Paraguay and southeastern Bolivia.

This image was acquired by Envisat's Medium Resolution Imaging Spectrometer (MERIS) instrument on 19 September 2007, working in Full Resolution mode to provide a spatial resolution of 300 m.